The clip shows four-year-old Poppy, crying as she sits on a bed in a hostel in Dublin. 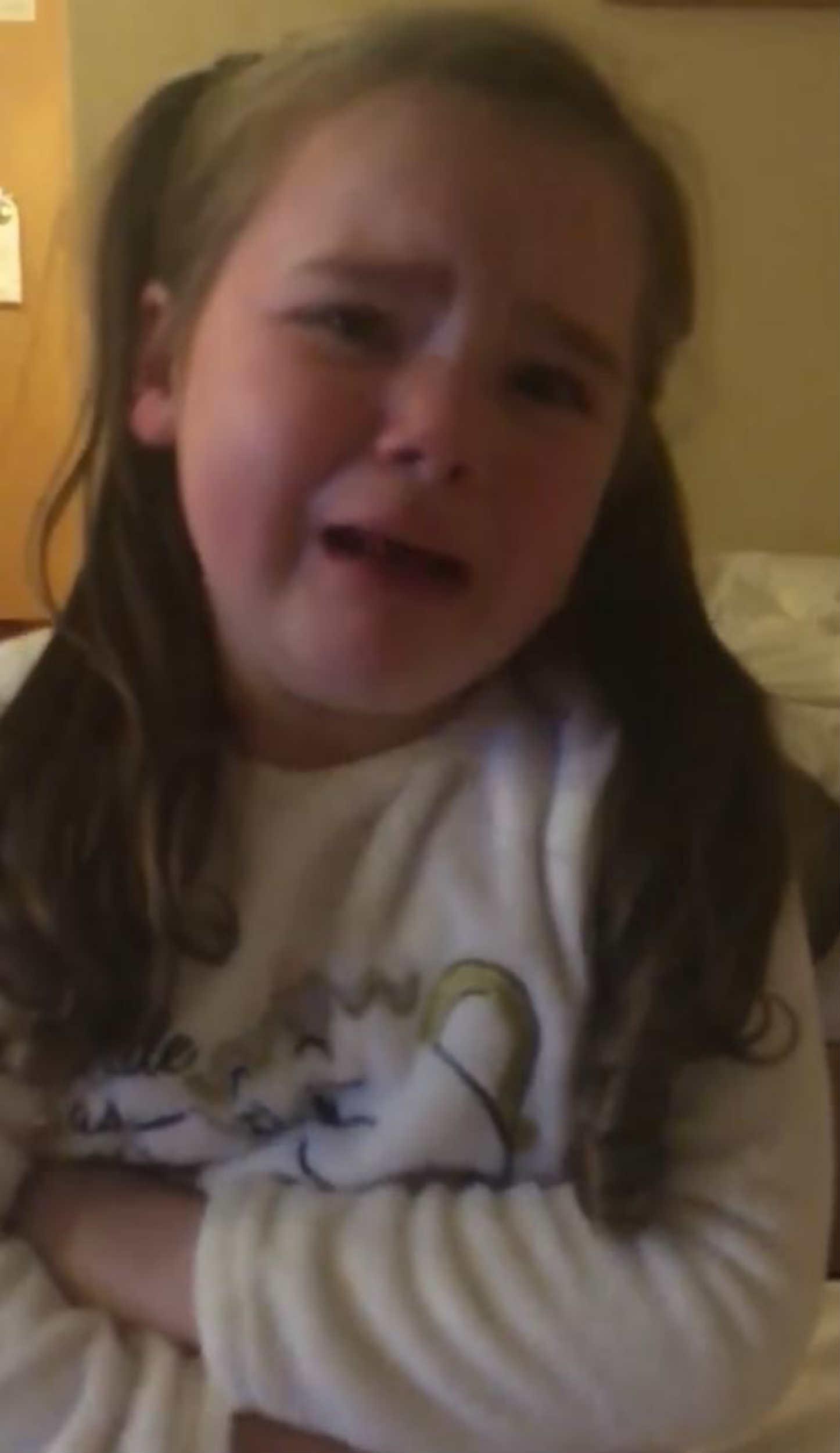 Poppy and her mum, Leanne Dunleavy, have been in and out of homeless shelters for the past two years.

Leanne, 30, took the video of her daughter to highlight the devastating effects of homelessness on both children and adults.

The video was posted on Facebook where it has racked up more than 167,000 views with many people blaming the Irish Government for Leanne’s situation.

Leanne, a hairdresser, said the pair became homeless due to unforeseen circumstances, and that she doesn’t expect her situation to change soon.

She said the video "has broken many hearts across the world, not just Ireland".

The short clip shows young Poppy sitting on a bed in a hotel room in Dublin, clearly distraught with red puffy cheeks and tears streaming down her face.

Leanne then says to her: “Poppy why did you tell your mind out there?” 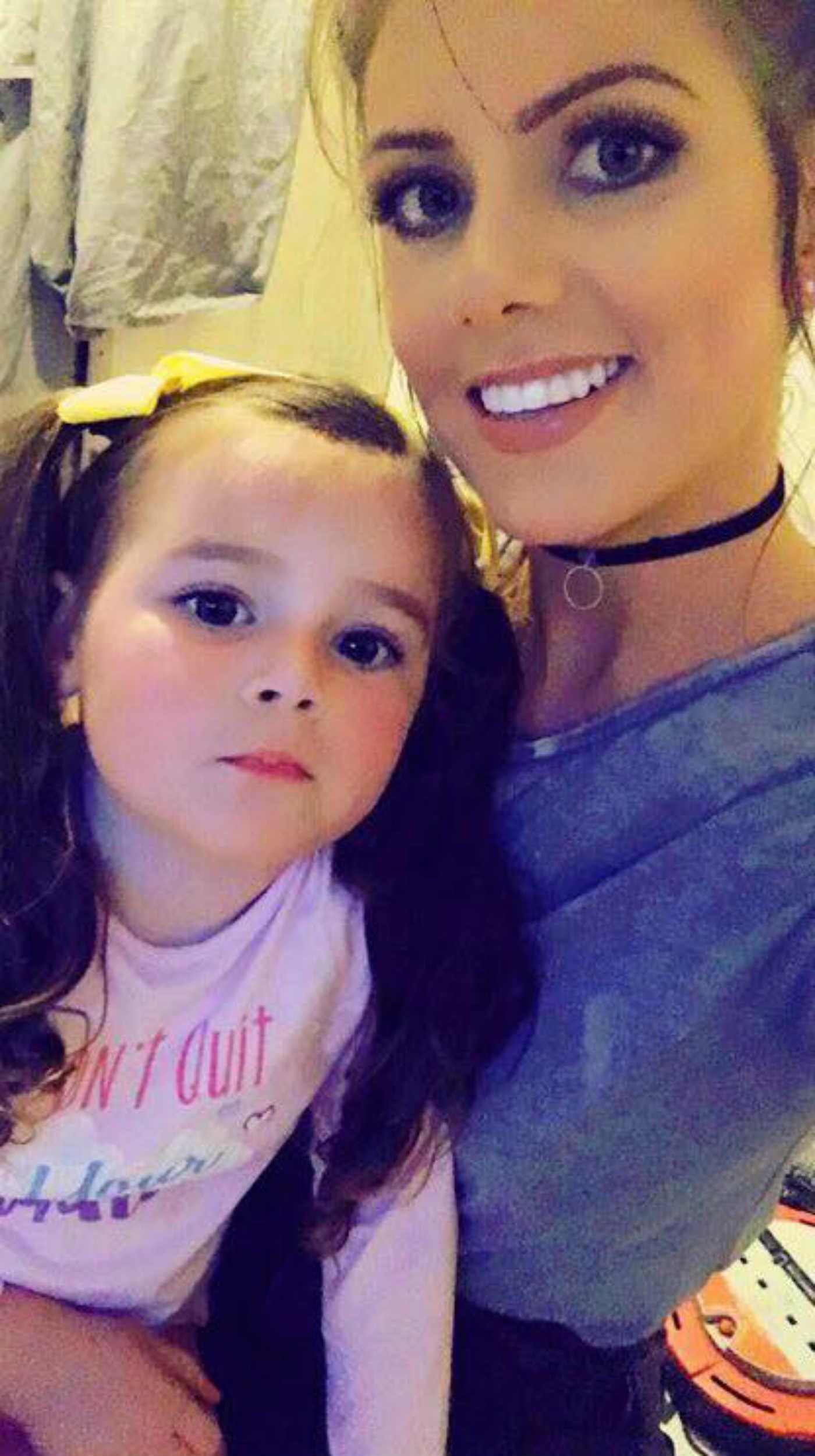 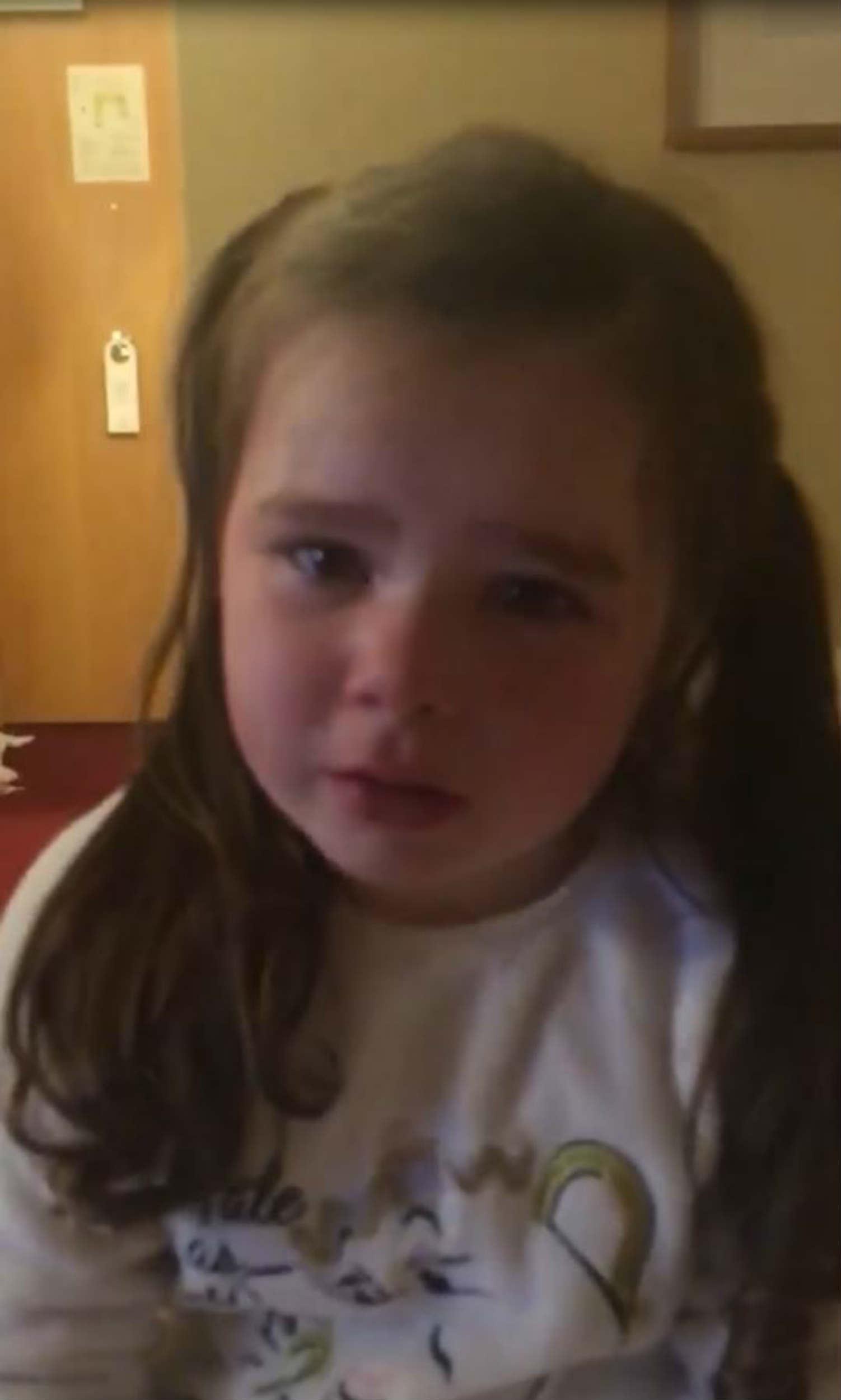 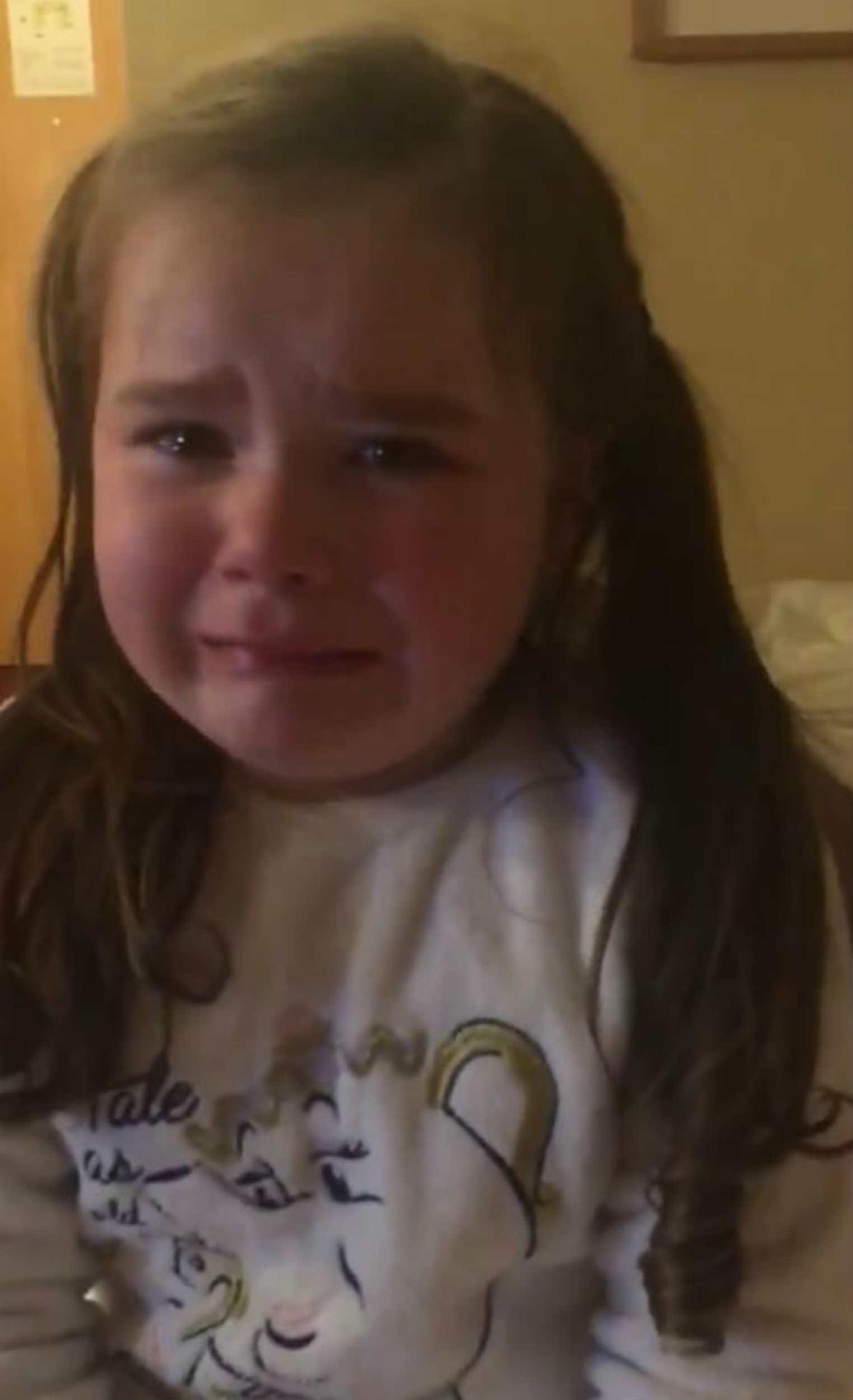 Leanne then asks Poppy, "How does that make you feel?"

Trying to make her daughter feel better, Leanne insists: “But we’re going to be together.”

However, Poppy is still in bits and cries out that she misses her old dog Milly as well.

Leanne again tries to reassure by saying, “When we get a new house we’ll get a new dog”.

“I don’t want to get a new dog” cries out Poppy before her Mum says: “We’ll get a new house though won’t we.”

Poppy then cries further before asking: “Can I get a new dog?”

The video has caused anger and heartbreak on both sides of the Irish Sea. 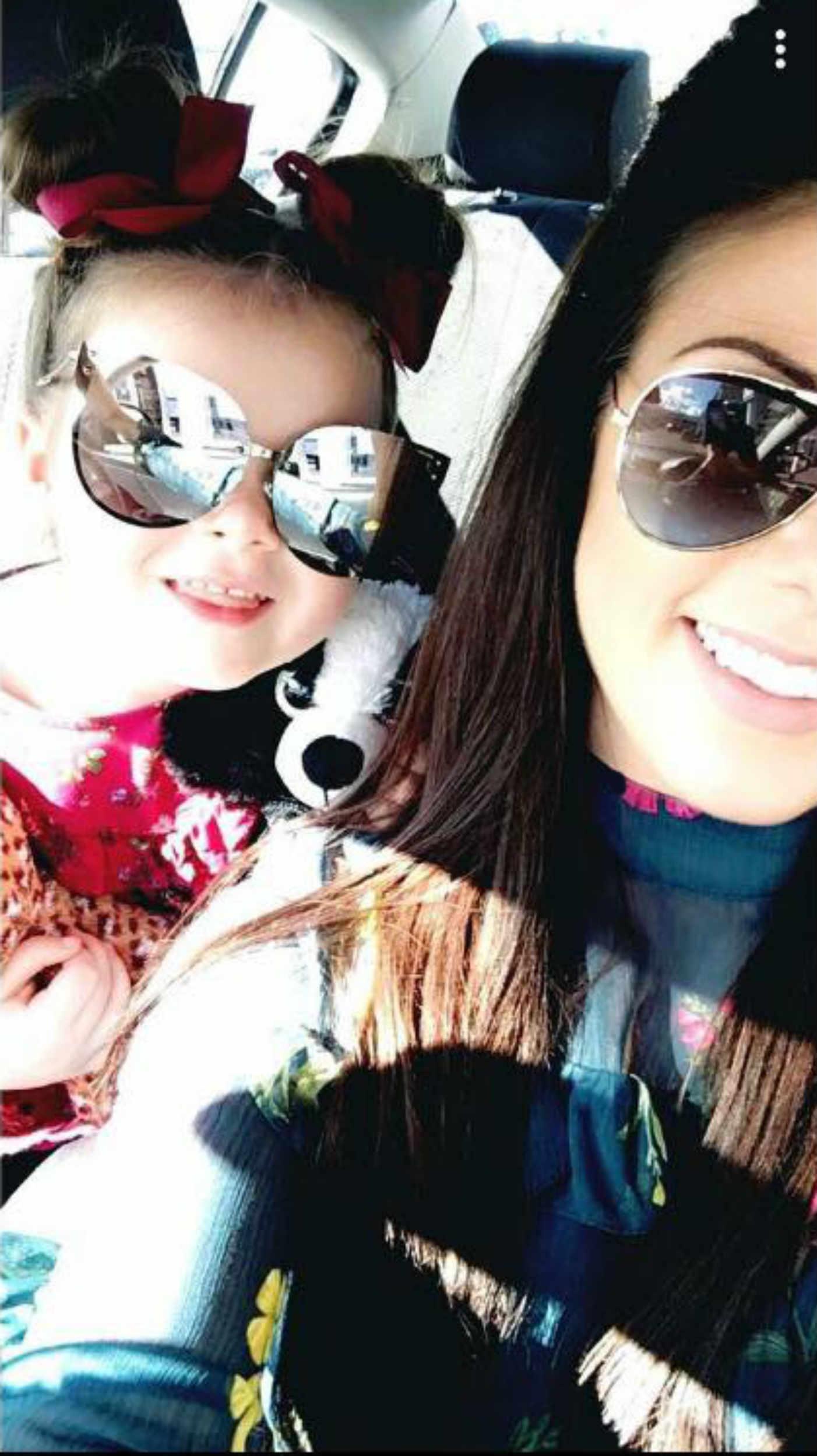 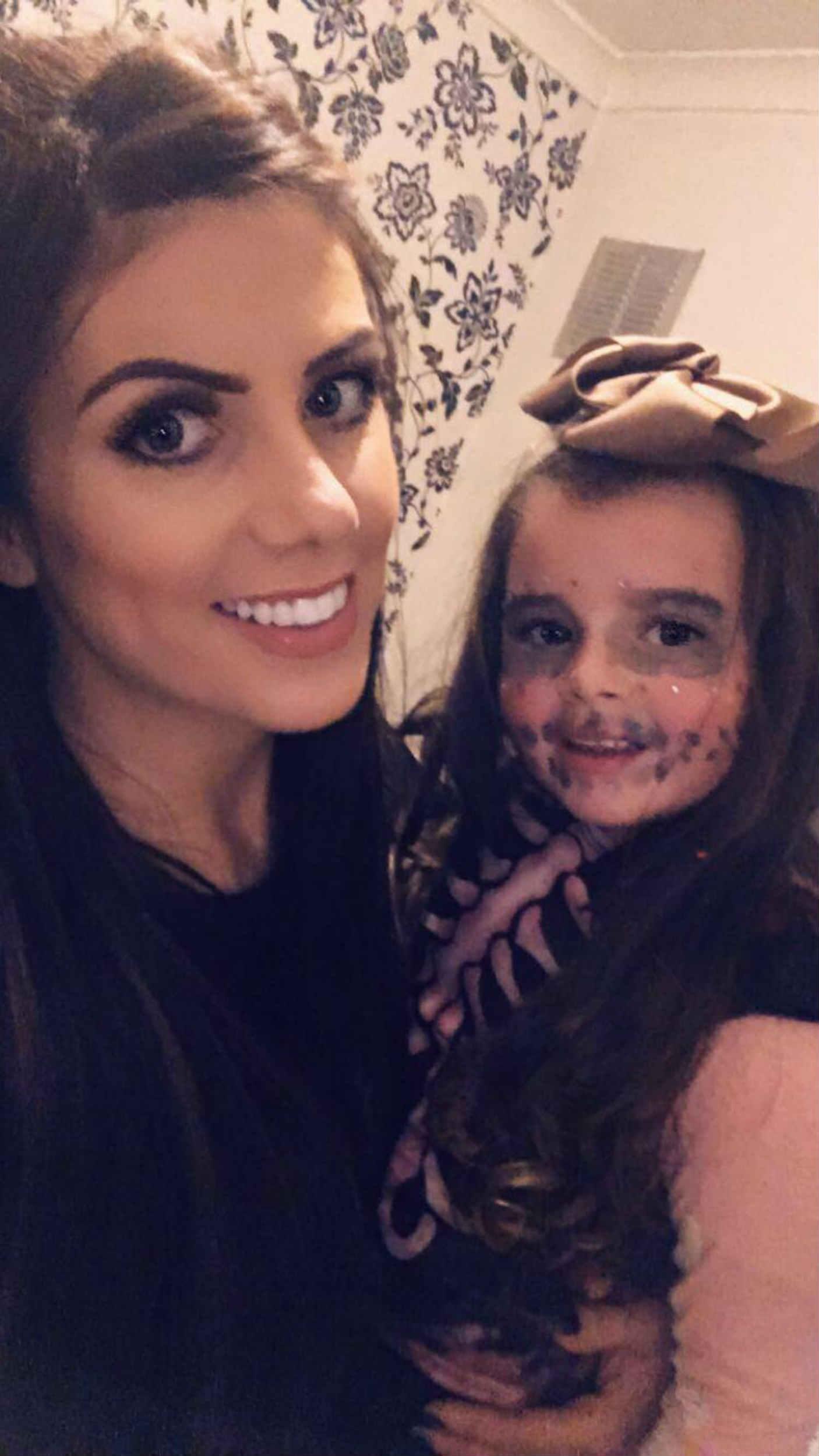 Sylvia Fox from Dundee, responded: “That's so sad to see. You think you're bad off until you see this”

Among Irish viewers was Martina Therasa Power, who wrote: “Government should be ashamed!”

Caroline Polnad O Callaghan commented: “Poor child everyone needs to get out and march, bring this country to a stand still, that’s what needs to happen.”

Speaking today, Leanne said no child should have to suffer homelessness, as Poppy prepares for her third homeless Christmas.

She said: “I just wanted to show the government how it’s not only the parents that suffer because we get on with it.

“It’s tearing the children apart, no child should be spending Christmas for the third time in homeless accommodation and by the looks of things it will probably be a fourth Christmas next year.”

However she did thank many people for their kind words.