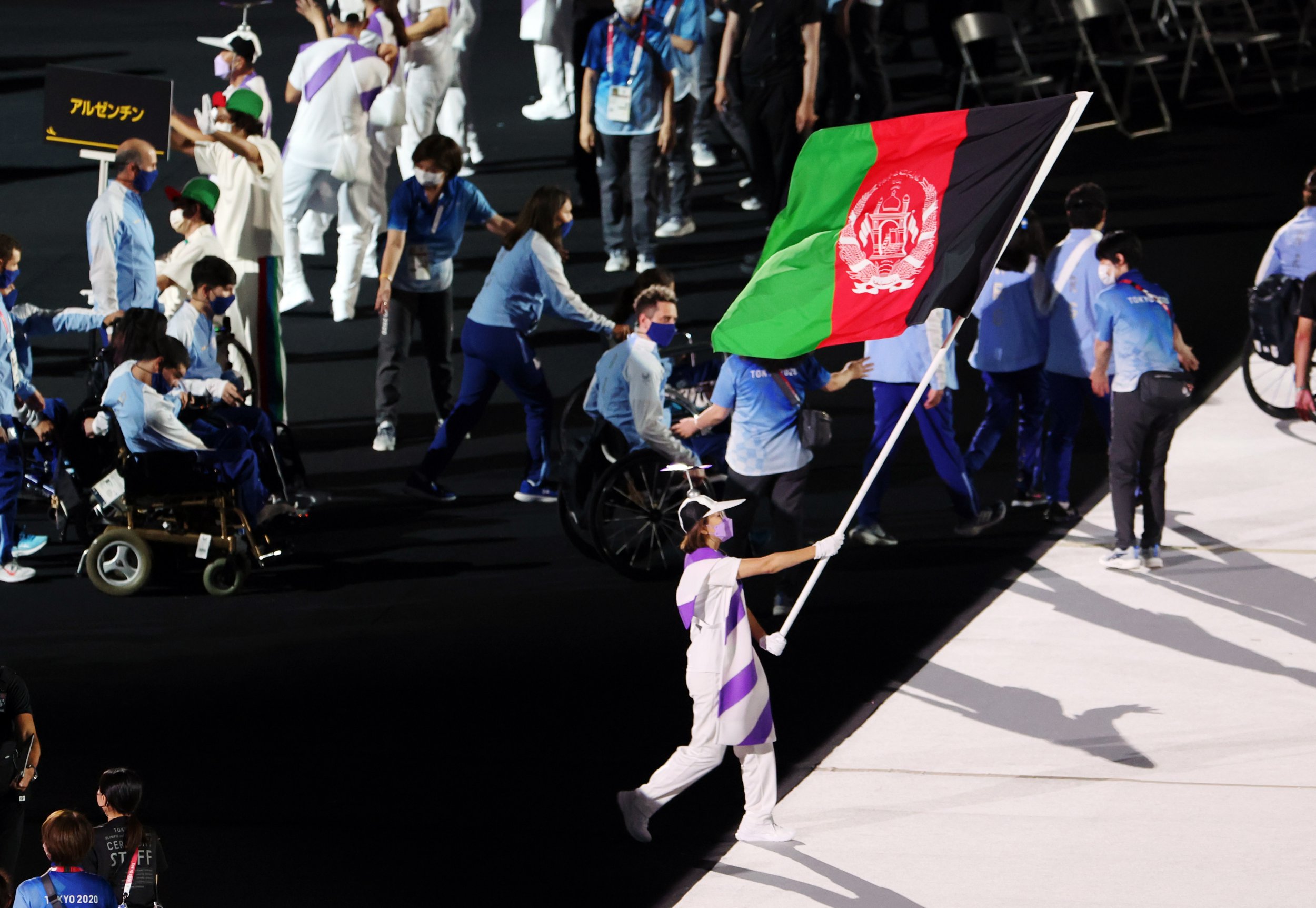 This is the heartbreaking moment the Afghanistan flag was paraded around the Paralympics opening ceremony despite none of their athletes making it to the games.

A volunteer stepped in to honour the country in ‘solidarity’ as the humanitarian crisis continues to unfold in the Middle East.

Para-taekwondo athlete Zakia Khudadadi and discus thrower Hossain Rasouli would have been Afghanistan’s only athletes at the Paralympics.

But they could not reach Tokyo after the Taliban took control more than a week ago.

The job of bearing Afghanistan’s black, red and green flag – which the Taliban is tearing down across the country – was given to a UN representative.

About 4,400 athletes are gearing up to compete in Japan, with the British team made up of 227 Paralympians across 19 sports.

What are the six disability groups at the Paralympics?

The categories in which competitors with at least one of the eligible impairments are grouped into are:

Amputee: Athletes with a partial or total loss of at least one limb.

Wheelchair: Athletes with spinal cord injuries and other disabilities that require them to compete in a wheelchair.

Visually Impaired: Athletes with visual impairment. This can be partial blindness (enough to be determined legally blind) to total blindness. The athlete and their sighted guides are considered a team and both can win medals.

Les Autres (Others): Athletes with a physical disability that does not fall strictly under one of the other five categories, such as dwarfism, multiple sclerosis or congenital deformities of the limbs.

Individual sports will then classify their own events further.

For example, rowing events will be split into three classes.

A full guide to each sport’s classifications can be found on the Olympics website.