A HALF-tonne "demon" crocodile was trapped and beheaded by terrified locals who carried it to a burial site on a bulldozer.

The 4.5 metre-long reptile was hunted by villagers in Bangka Belitung Islands, Indonesia last week because they feared the beast was an evil spirit. 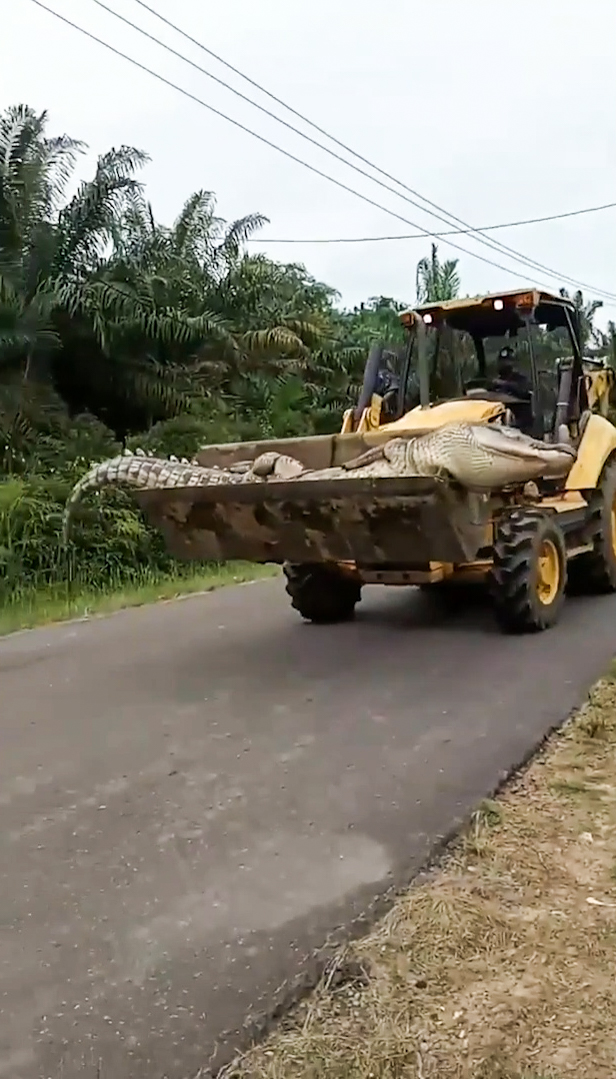 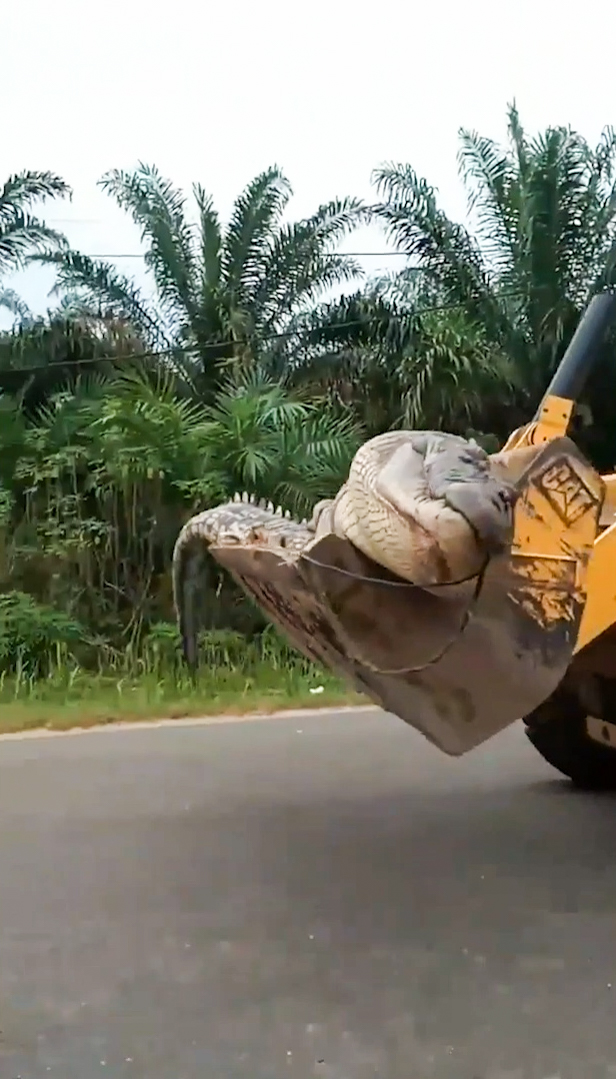 The giant croc died from exhaustion after getting tangled in nets laced with razor-sharp blades.

Before the burial, authorities arrived at the scene and found that the crocodile, estimated to be 50-years-old, had no teeth.

Septian Garo, head of the local conservation center, said that officials negotiated with the villagers to let them handle the 500kg body but superstitious locals insisted they keep the animal for religious reasons.

He said: "There was a belief that the crocodile should not be removed from the village because it is a demon."

The hunters struggled to lift the giant reptile so they used a bulldozer to carry it from the river to a field where it will be buried.

Upon reaching the burial site, the hunters sawed off the dead crocodile's head “so the demon will not come back to life and haunt them.”

Village official Junaidi said: "The body and head must be buried separately because this is a demon crocodile. Before cutting it off, there is also a special ritual."

The giant crocodile was buried after the villagers participated in the ritual. 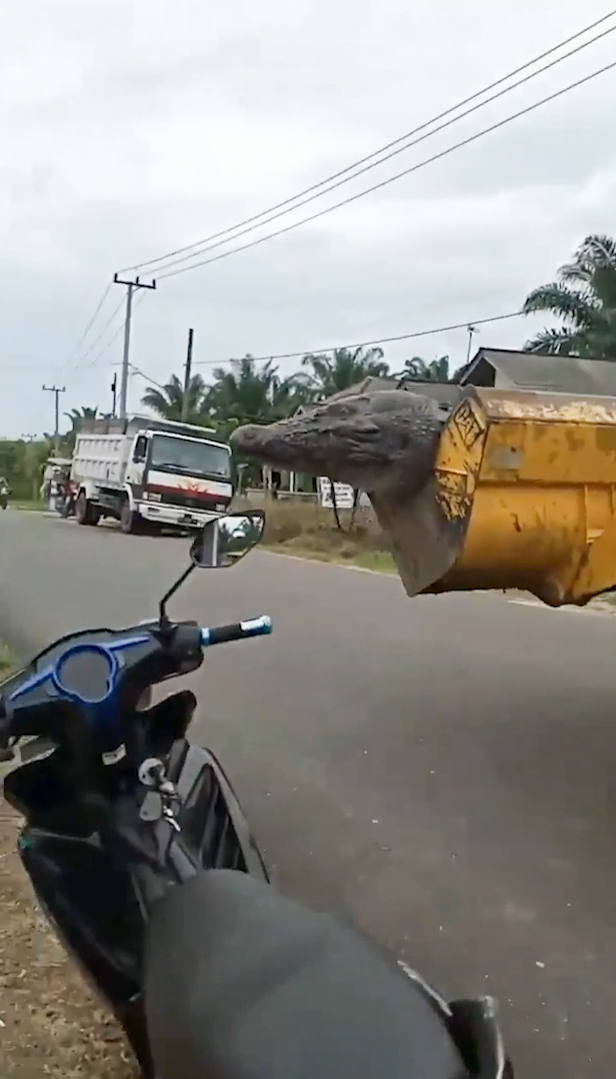 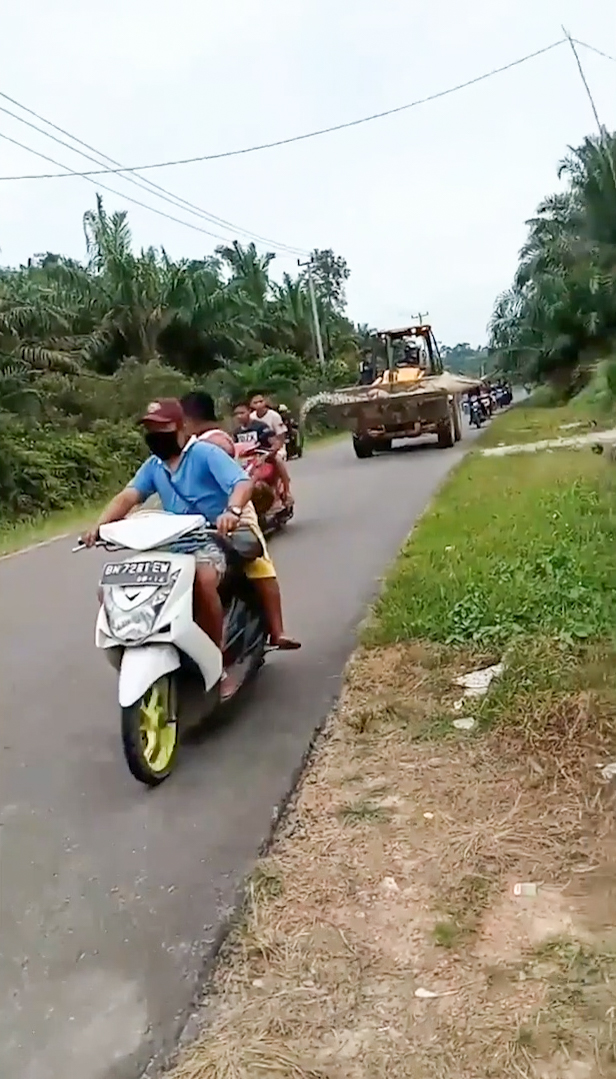