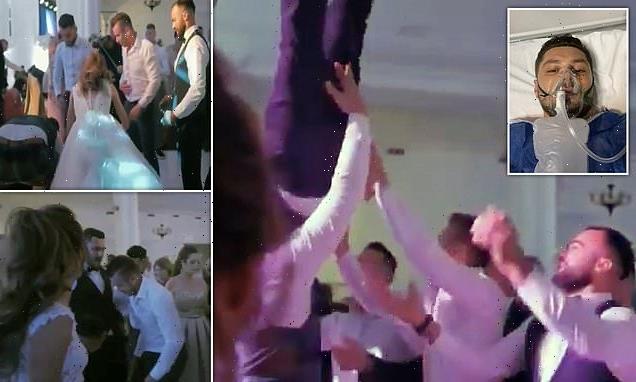 A groom has broken his back at his wedding after friends dropped him on his head after throwing him up in the air in the traditional ‘bumps’.

The awful moment was caught on camera, in a video showing the bride dancing happily just seconds before new husband Liviu Filimon’s  accident.

She turns to face the group of friends as they throw Filimon, 31, in the air before catching him.

But, after attempting a second toss, the friends fail to catch Filimon, who appears to tip over and crash head first onto the floor.

The horrified bride and revellers run over to his side as the clip ends, however local reports suggest the friends made matters worse by picking Filimon up and placing him on a chair before paramedics arrived.

The incident happened at a wedding reception in Romania on Friday evening at the Castello event hall in the Baile Felix resort. 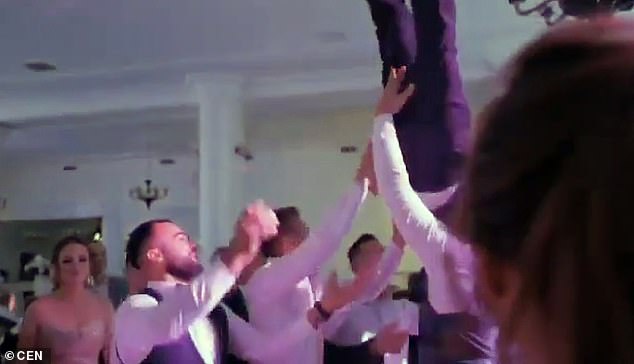 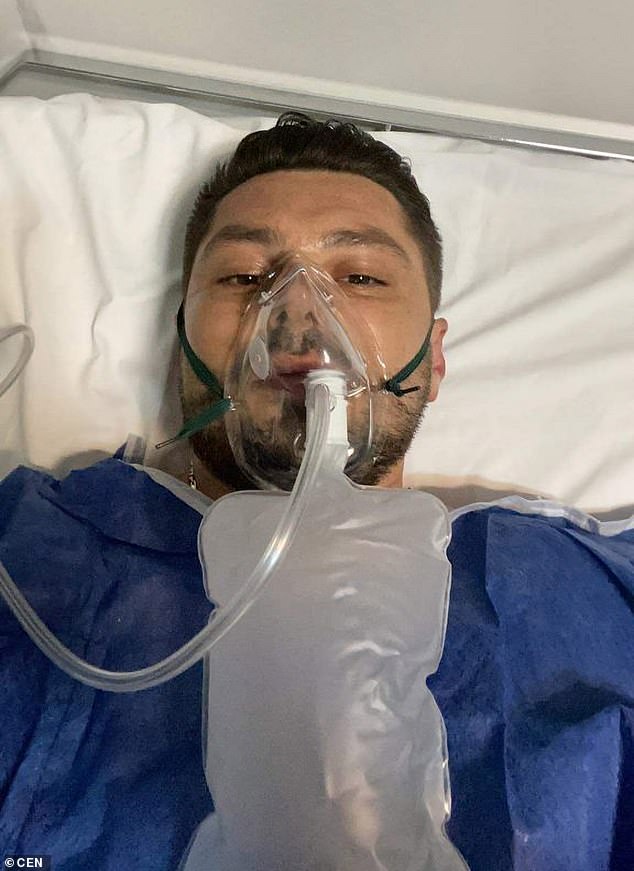 Liviu Filimon, 31, has said he has not ruled out suing his friends over the incident, which he said has so far left him unable to move his feet

Filimon, from Bihor County in the country’s north west, is being treated for a fractured spine at the Emergency County Hospital in Oradea following the incident.

Local media reported that the reception continued after Filimon was taken to hospital, with the bride and both families attempting to keep guests entertained.

‘He is hospitalised in the neurosurgery ward and next week he will undergo further tests,’ she said.

Filimon has apparently not ruled out suing his friends for causing his injury, saying from his hospital bed: ‘I have contacted a lawyer, but I’m still considering what I will do.’

He reportedly said that he can move his hands but not his feet following the incident. 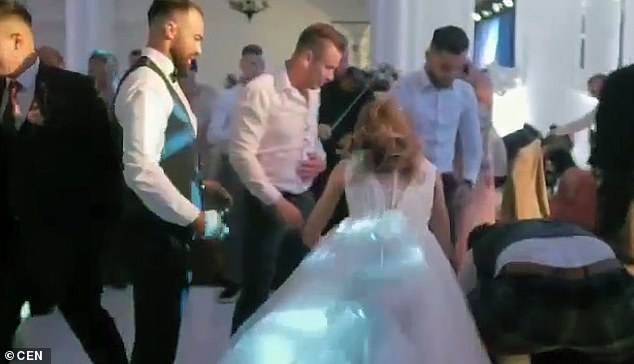 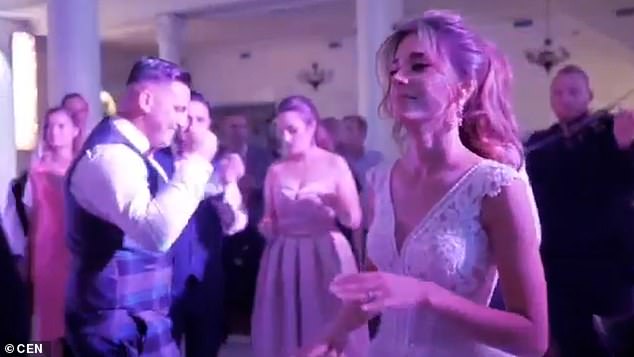 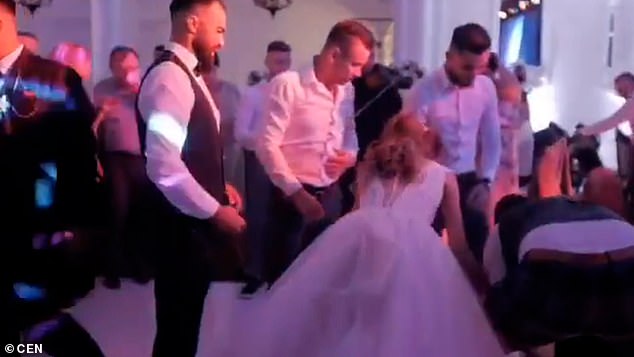 After the accident, the bride reportedly stayed at the reception, where she and both families attempted to calm and entertain the guests