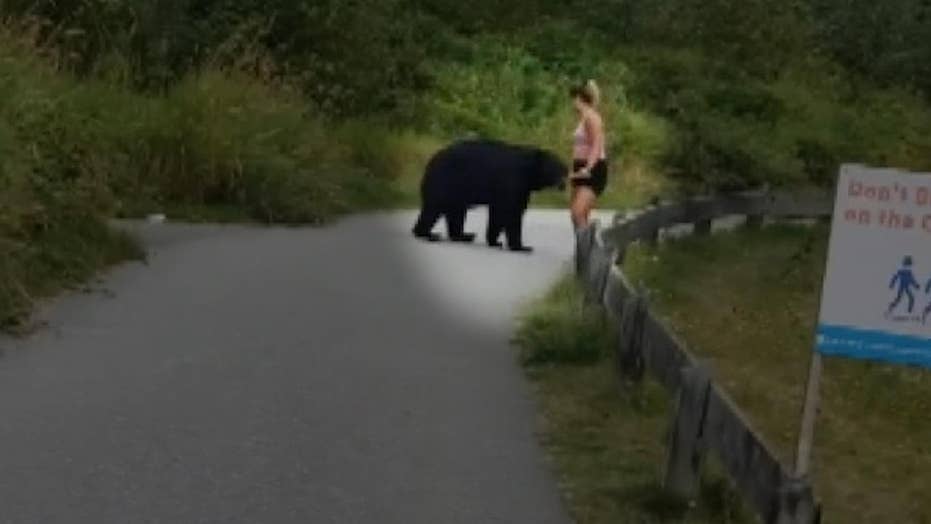 Bear surprises jogger on trail, swipes at her leg

A bear is seen surprising a jogger from the bushes on a trail while a bystander distracts bear so runner can flee.

Two Montana outdoorsmen shot and killed a grizzly bear after the animal attacked and injured the father and son during a hunting excursion over the weekend.

On Saturday, the hunters from Flathead Valley were near a gated road by Smith Lake, north of Whitefish Lake, when the grizzly charged out of a thickly wooded area “at very close range” and attacked, Montana Fish, Wildlife and Parks (FWP) said a statement.

“The two individuals sustained significant injuries before they were able to shoot and kill the bear,” the agency said. 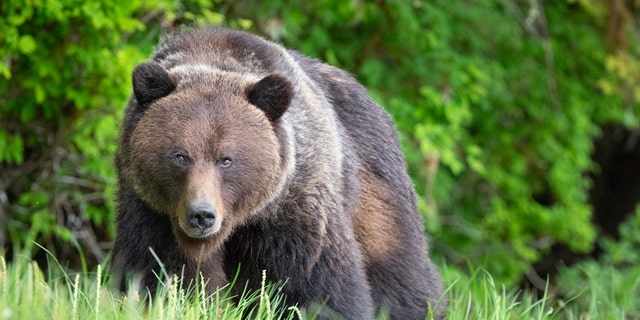 Two Montana outdoorsmen shot and killed a grizzly bear after the wild animal attacked and injured the father and son during a hunting excursion over the weekend.
(iStock)

The hunters were flown to Kalispell Regional Medical Center for treatment; authorities did not disclose further details about the extent of their injuries.

Later, the Wildlife Human Attack Response Team found a deer carcass near where the attack occurred.

Investigators concluded that the adult female grizzly, who was about 20 years old, was likely defending the food and her offspring, FWP Regional Game Warden Captain Lee Anderson said of the “surprise encounter.” The bear is believed to have had at least one cub when the incident occurred.

Though the FWP has put up cameras in the area to help identify any potential cubs, there are no formal closures in the area and no further action is planned.

“Bear attacks on humans are rare, but Montana is bear country with populations of grizzly and black bears that frequent higher and lower elevations,” the agency explained. Increasingly active and on the prowl for food in the fall months before denning season, bears usually begin to enter their dens for the winter months in late November.

Residents of Big Sky Country are urged to report bear activity as soon as possible.