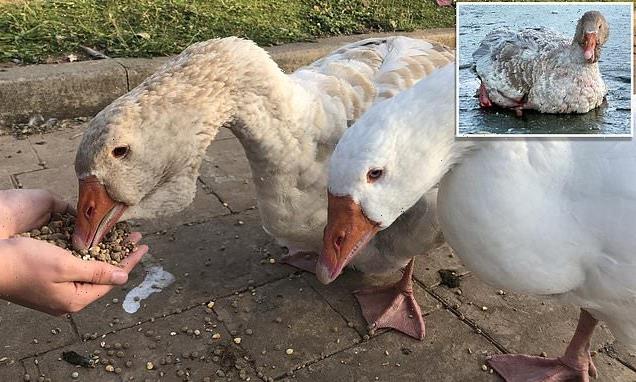 A goose has succumbed to a broken heart after its mate died when it got stuck on a frozen lake.

‘Hansel and Gretel’ both got trapped on the ice when it froze quickly overnight during last week’s cold snap.

Rescuers were called to Cleethorpes Boating Lake – where the geese were well known – by members of the public who spotted the stricken birds. But Hansel could not be saved and died at the scene.

Gretel was rescued alive but was in a critical condition as her lower body was still frozen after being removed from the lake. She also had injuries to her wings and feet from the ice. She was cared for by Cleethorpes Wildlife Rescue and seemed to be making a recovery before dying on Monday night. 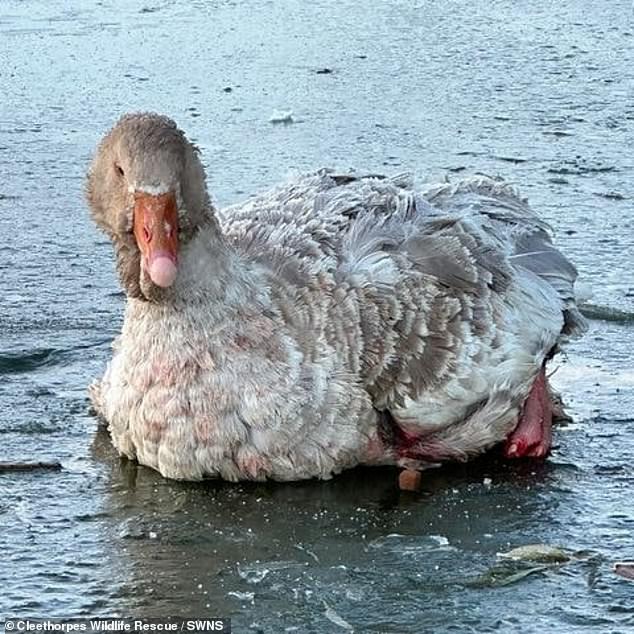 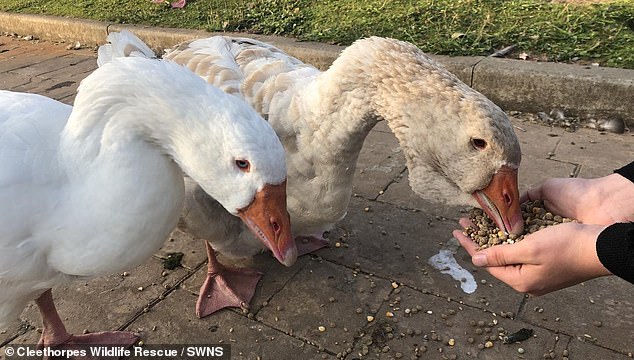 The charity said Gretel had become ‘more and more depressed’ following the loss of Hansel.

Rescuers said previously that geese, like swans, were well known for ‘developing strong bonds’. They often mate for life.

Updating well-wishers on its Facebook page yesterday (Tues), Cleethorpes Wildlife Rescue said: ‘It’s with extremely heavy hearts that we announce the loss of Gretel who passed away in comfort at the rescue this morning. 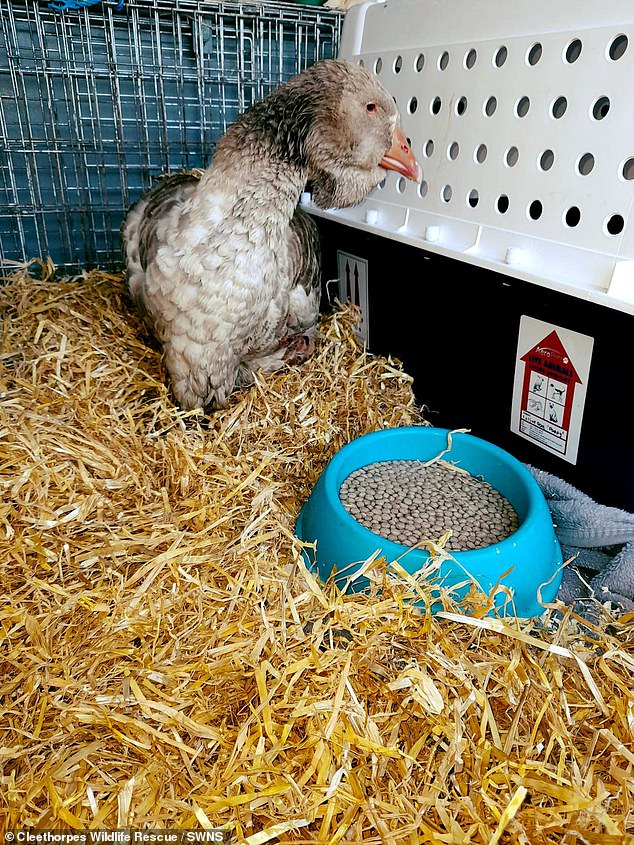 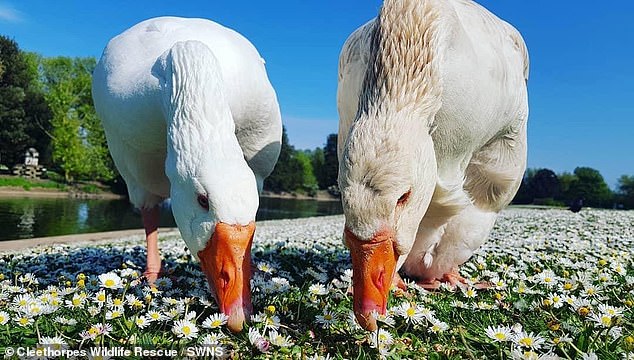 ‘Sadly, the loss of her partner was too much for her, and despite everyone’s best efforts, we had noted she was getting more and more depressed without him. We always knew this was a possibility with them being such bonded birds, but as with all rescues, we always hope and aim for the best result.

‘We know they was such loved birds at the boating lake and it’s been difficult for all of us here too. Our condolences to everyone who will be feeling this loss. Rest in peace, fly high and you’re back reunited with Hansel.’

There are now plans in place for a memorial to the birds.