Hundreds of demonstrators marched through Athens in tribute to 15-year-old Alexandros Grigoropoulos, who was gunned down by officers in 2008. 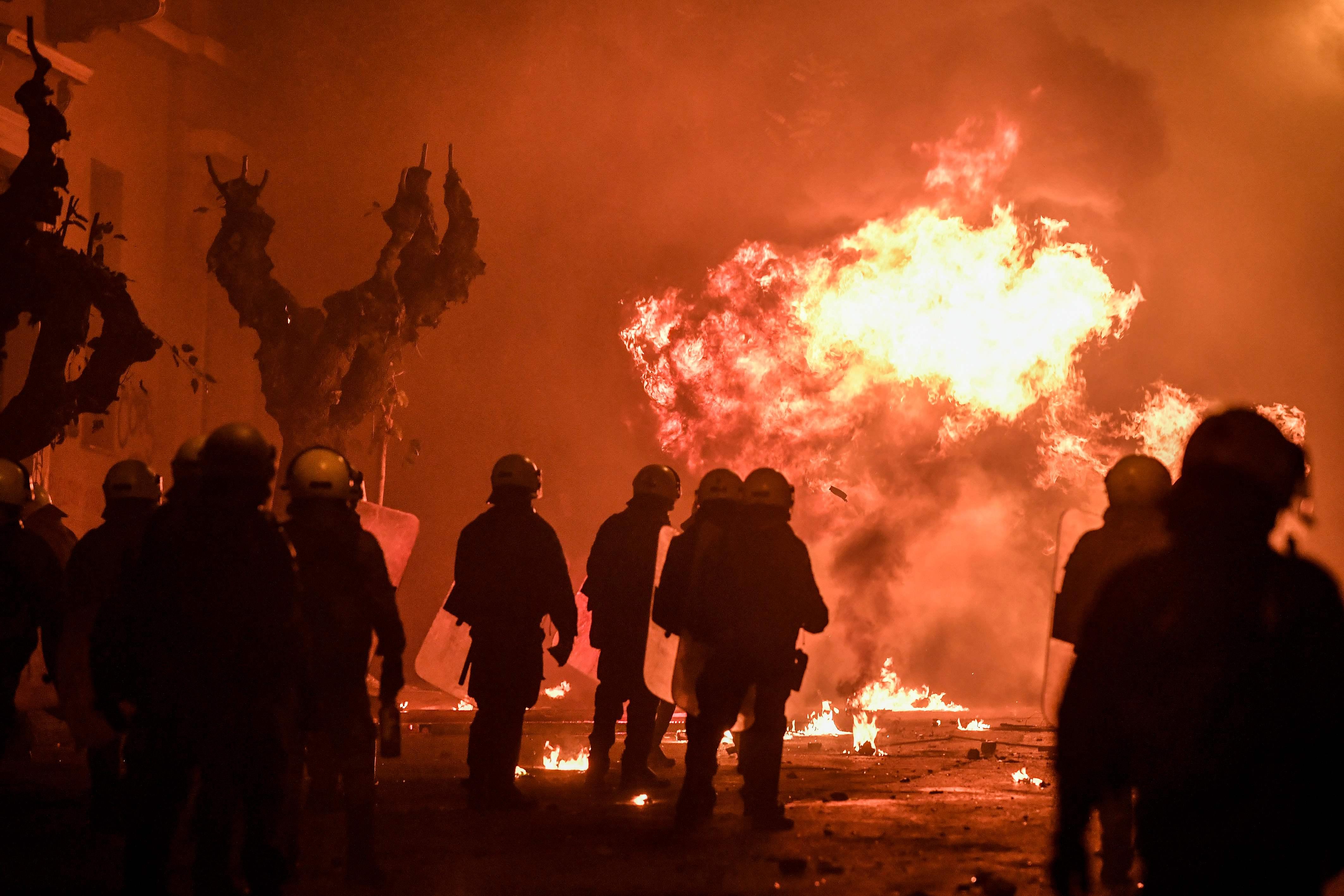 Riot police were forced to storm the Exarchia district with batons and tear gas after protesters started throwing petrol bombs and fireworks.

Over two thousand officers were deployed to help create a ring of steel around sensitive locations, while a helicopter circled above.

Bins and cars were torched as the massive throng made its way through the city.

Clashes also broke out during demonstrations in the northern city of Thessaloniki, with police firing teargas and stun grenades at protesters after being pelted with stones and petrol bombs. 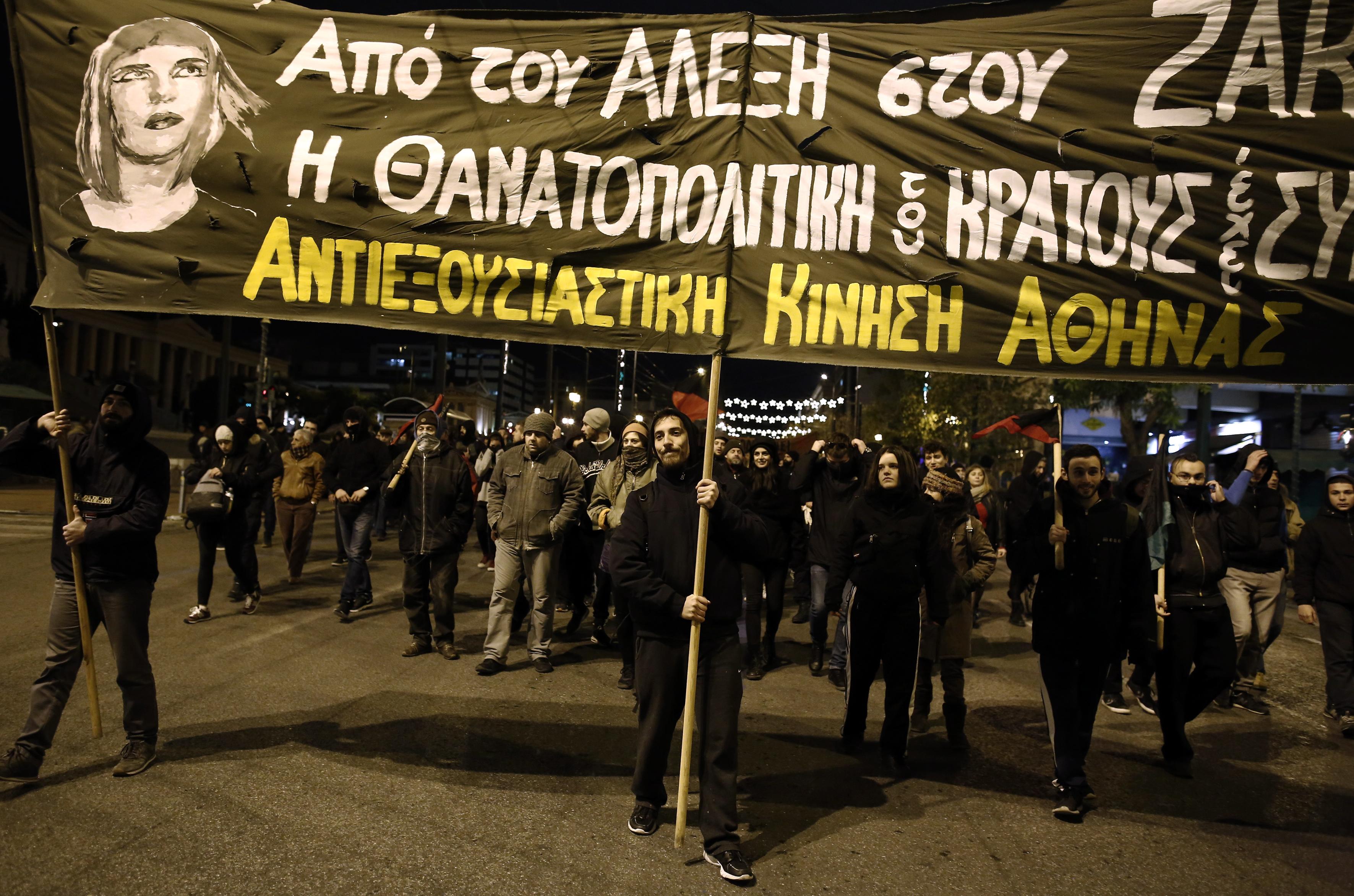 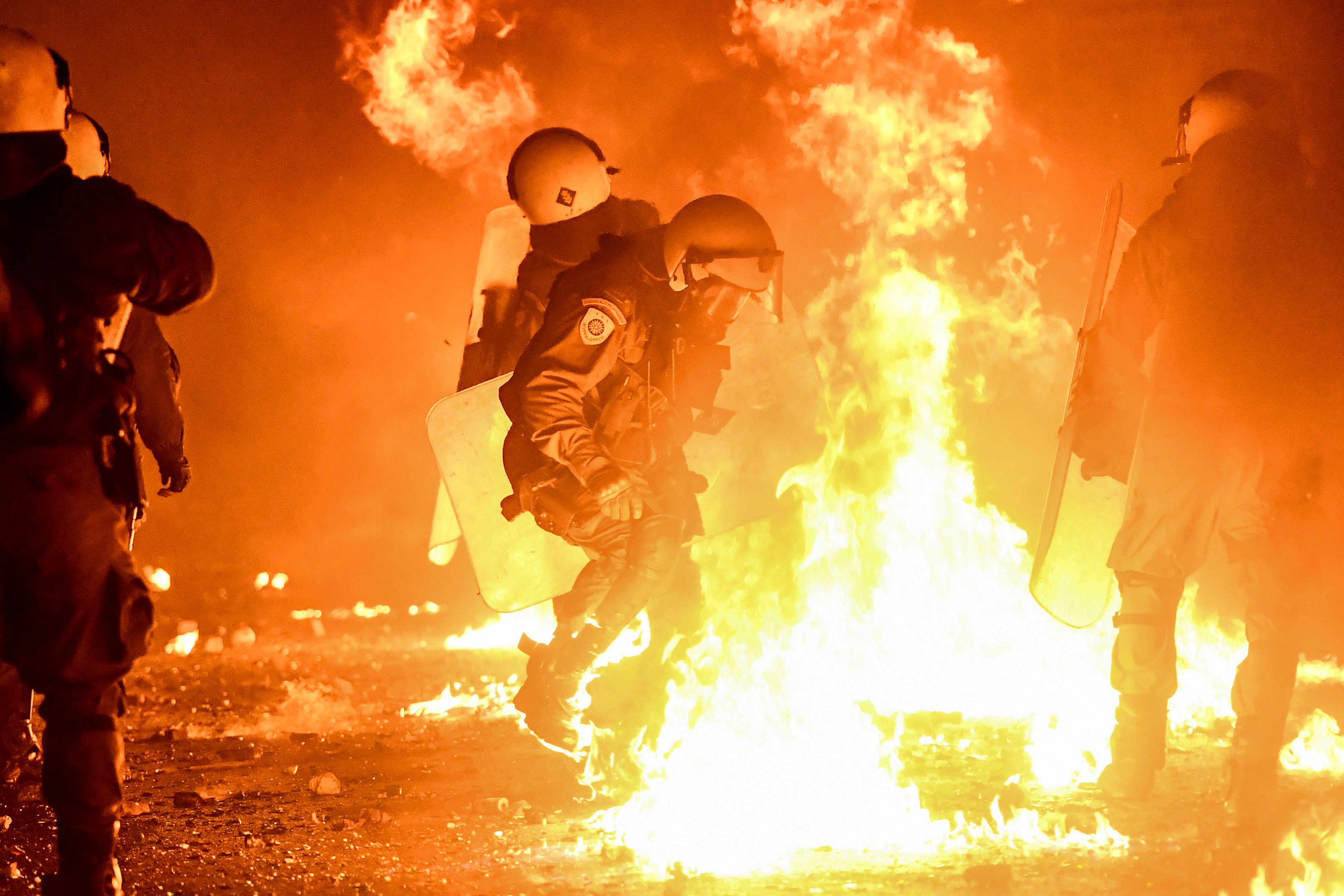