Great-great-grandfather, 97, surprises his wife, 99, with a large bouquet of roses to express his love for her after 82 years of marriage

They say true love lasts a lifetime, and this elderly couple from China are a demonstration to it.

In simple yet extremely romantic move, Mr Wang, 97, surprised his wife with a large bunch of roses on Valentine’s Day to express his love for her.

Mrs Wang, 99, was so happy after receiving the flowers she kept smiling at her husband while holding the carefully wrapped bouquet. 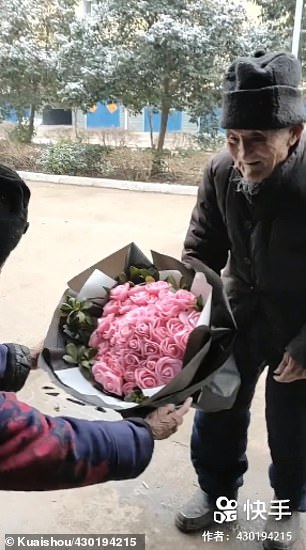 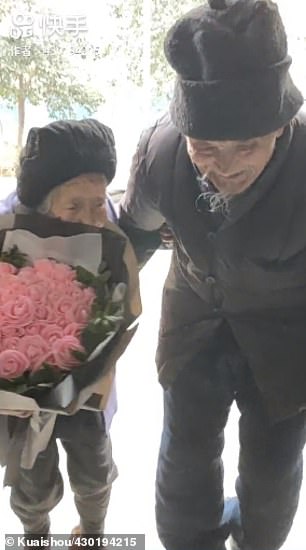 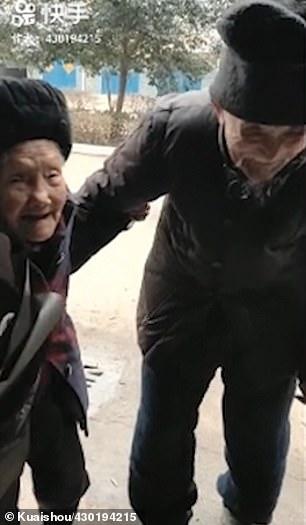 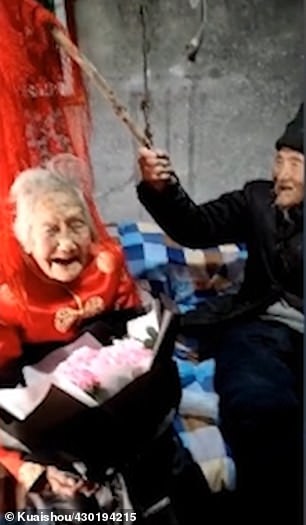 The couple, from the city of Linyi in Shandong Province, are great-great-grandparents and have been married for 82 years, according to one of their granddaughters who calls herself Wu Jie or ‘the fifth sister’.

Wu Jie, 40, told MailOnline that she was the couple’s youngest grandchild.

She said her grandfather and grandmother got married in 1937 during wartime and never had a wedding ceremony. 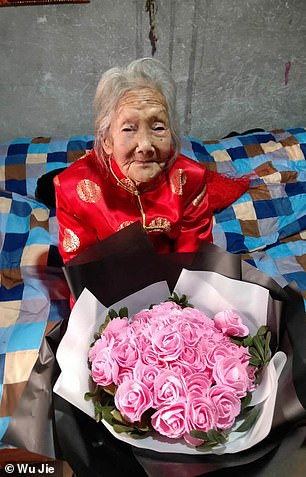 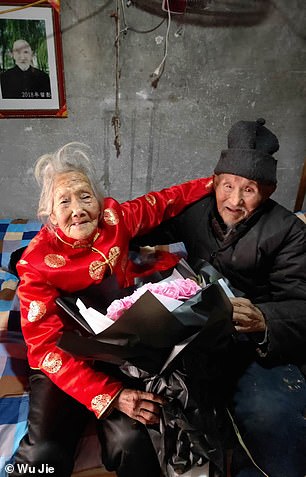 They were introduced by neighbours, and after his grandfather’s family agreed on the union, her grandfather simply went to pick up his bride with a wooden cart pulled by cows.

Nevertheless, Mr and Mrs Wang have loved each other all their lives and almost never argued. 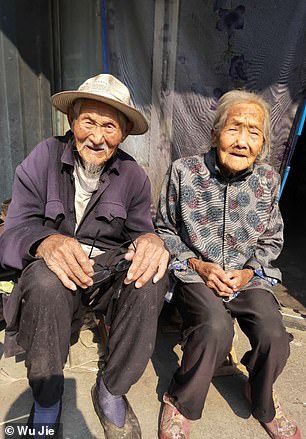 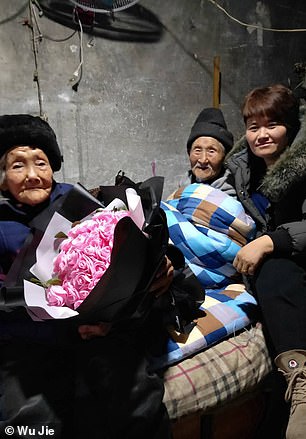 Their youngest grandchild Wu Jie (pictured with the couple, right) said her grandparents had good health and could look after themselves. Her biggest wish is for them to live happily

Mr Wang is a reserved person, but likes flowers.

In order to help him express his emotion, Wu Jie bought a bouquet of roses on her way to her grandparents’ house on Valentine’s Day.

Mr Wang took over the flowers, which cost 80 yuan (£9), and immediately gave them to his beloved wife.

After witnessing the emotional scene, Wu Jie then decided to arrange a traditional wedding ceremony for her grandparents on the same day.

She said she wanted her grandmother to experience the happy feeling of being a bride.

Mrs Wang was given a traditional red top to wear. She held the roses excitedly as Mr Wang slowly lifted her red bridal veil with a stick.

Wu Jie said her grandparents had good health and could look after themselves.

She said her biggest wish was for them to carry on living their lives happily and healthily.