Rodeo dog! Great Dane Pluto jumps up and down as he watches a bucking bronco on TV

People often joke that Great Danes look like horses but this dog from Canada seems to actually believe he is one.

Hilarious footage taken in Cranbrook, British Columbia, shows Pluto the dog jumping up and down as he watches a bucking bronco on television.

The Great Dane was filmed by his owner Kelsey Tarasoff who said she had to change the channel because he became so excited. 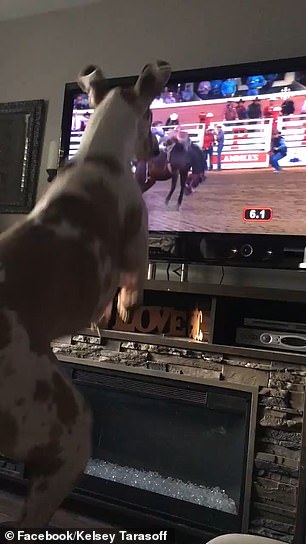 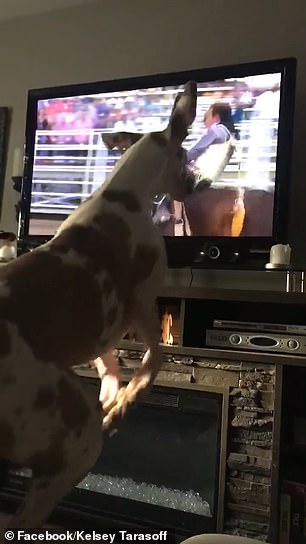 Pluto the Great Dane seemed to think he was a horse when he began jumping up and down while watching a bucking bronco on television in Cranbrook, British Columbia, Canada 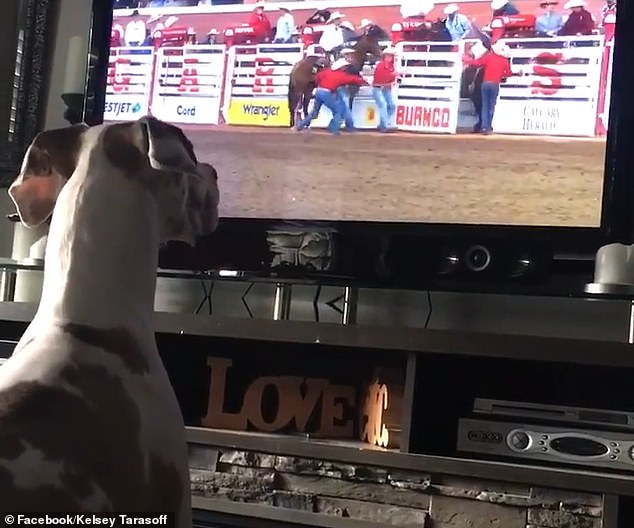 In the video, Pluto begins jumping up and down in time with the bucking horse on the television.

He lets out a low growl as his claws click against the floor and his tail wags.

The dog stops jumping when the rodeo pauses and he waits in anticipation of the next horse.

When one comes out, Pluto begins jumping up and down again, letting out a few excited barks as he watches the slow-motion replays. 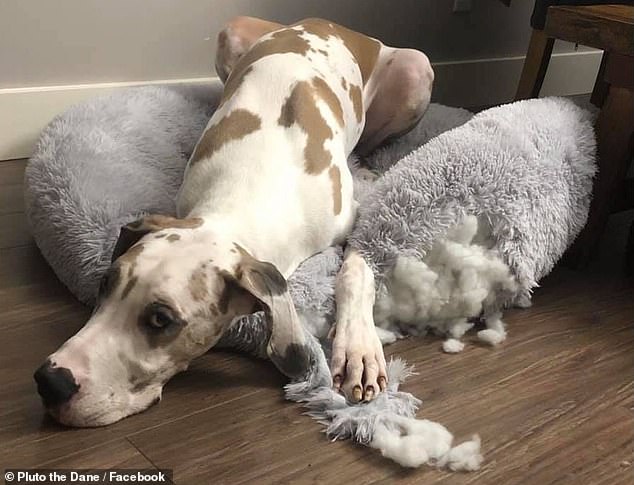 The footage was first shared on July 12, 2019, but has resurfaced again online recently.

Describing the video, Kelsey said: ‘My Great Dane enjoying the bucking bronco a couple of weeks ago on tv in the comfort of our home!

‘We ended up changing the channel because he had gotten so excited.’

The video has been watched more than 19,000 times and Pluto now has his own Facebook page with more than 400 followers.