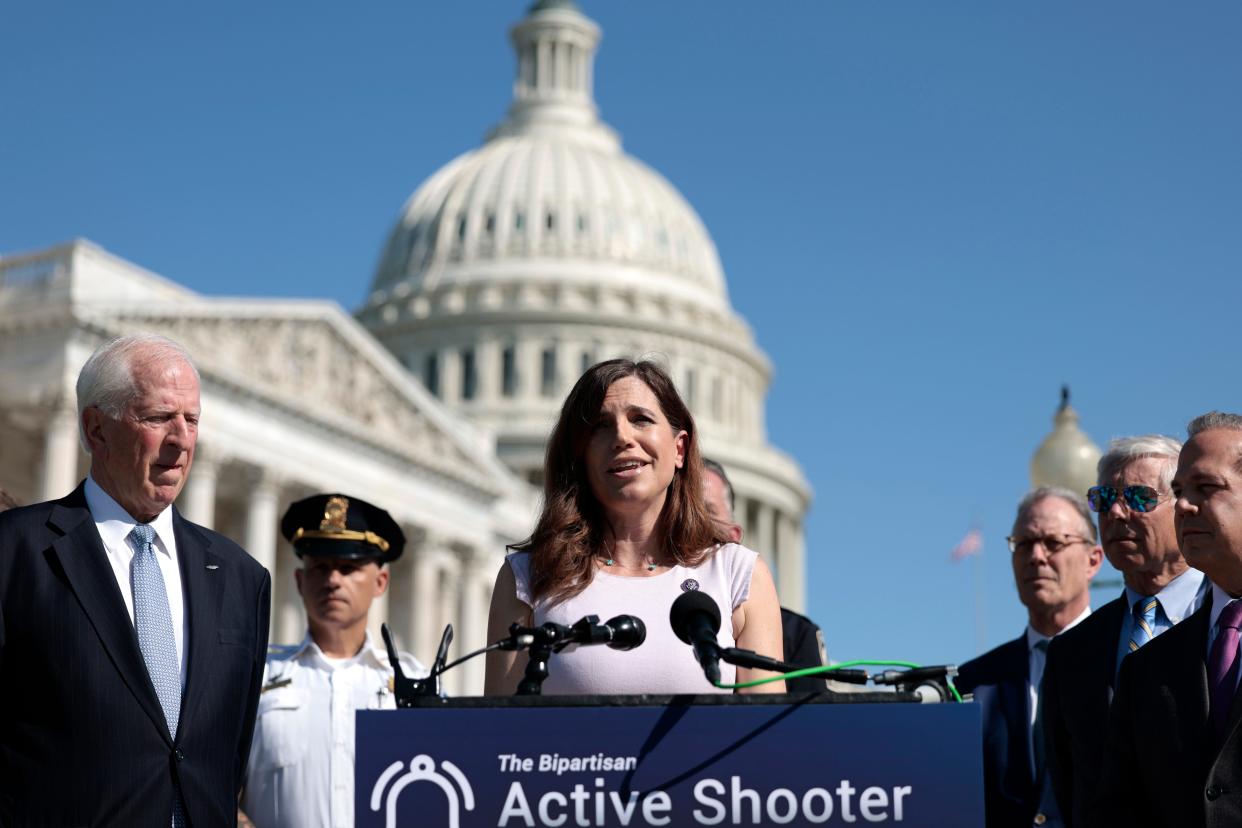 “Right now I am locked in my office,” she said. “My heart is completely broken, and I’m angry… I’m begging the president to get off Twitter and to get on TV to calm these people down, to ask them to follow the rule of law and to ask them to go home. This is urgent.”

The following morning, her assessment was blunt: “His entire legacy was wiped out yesterday,” she said.

But just last week, days ahead of her GOP primary, Mace sounded very different. “President Trump was the number one president,” she told a constituent in Moncks Corner, S.C.

About the race: GOP Rep. Mace voted to certify the 2020 election but says she backs Trump.

Her comments on Jan. 6 ignited a feud with Trump that saw him back a challenger in her Republican primary – a feud that has since become almost entirely one-sided as Mace sought to get back into the good graces of Trump and, most importantly, his loyal voters.

Her efforts appeared to have paid off: On Tuesday night, Mace defeated her Trump-endorsed challenger Katie Arrington in the GOP primary.

Chris D’Anna, a spokesman for the Arrington campaign, slammed Mace as a hypocrite on Trump. “When you try to be something to everybody, you’re nothing to nobody,” he said before the primary.

‘Not at all nice’

While door knocking ahead of the election alongside her 13-year-old daughter and dog, Liberty, Mace tried to minimize the importance of Trump backing her challenger.

“Endorsements really, truly only go so far,” she argued. “At the end of the day, people make their own decisions.”

Trump, meanwhile, was actively fighting against her.

“Nancy fights Republicans all the time and is not at all nice about it,” he said in a statement. “Frankly, she is despised by almost everyone, and who needs that in Congress, or in the Republican Party?”

Trump’s comments came just days before the primary – and in the middle of congressional hearings on a probe into what happened Jan. 6, a series of public events that pointed the finger squarely at Trump for his role in the riot and in attempts to overthrow the 2020 presidential election he keeps falsely claiming was stolen.

Takeaways from the second day: Trump ignored aides and evidence he lost, panel says he ripped off donors: Jan. 6 hearing 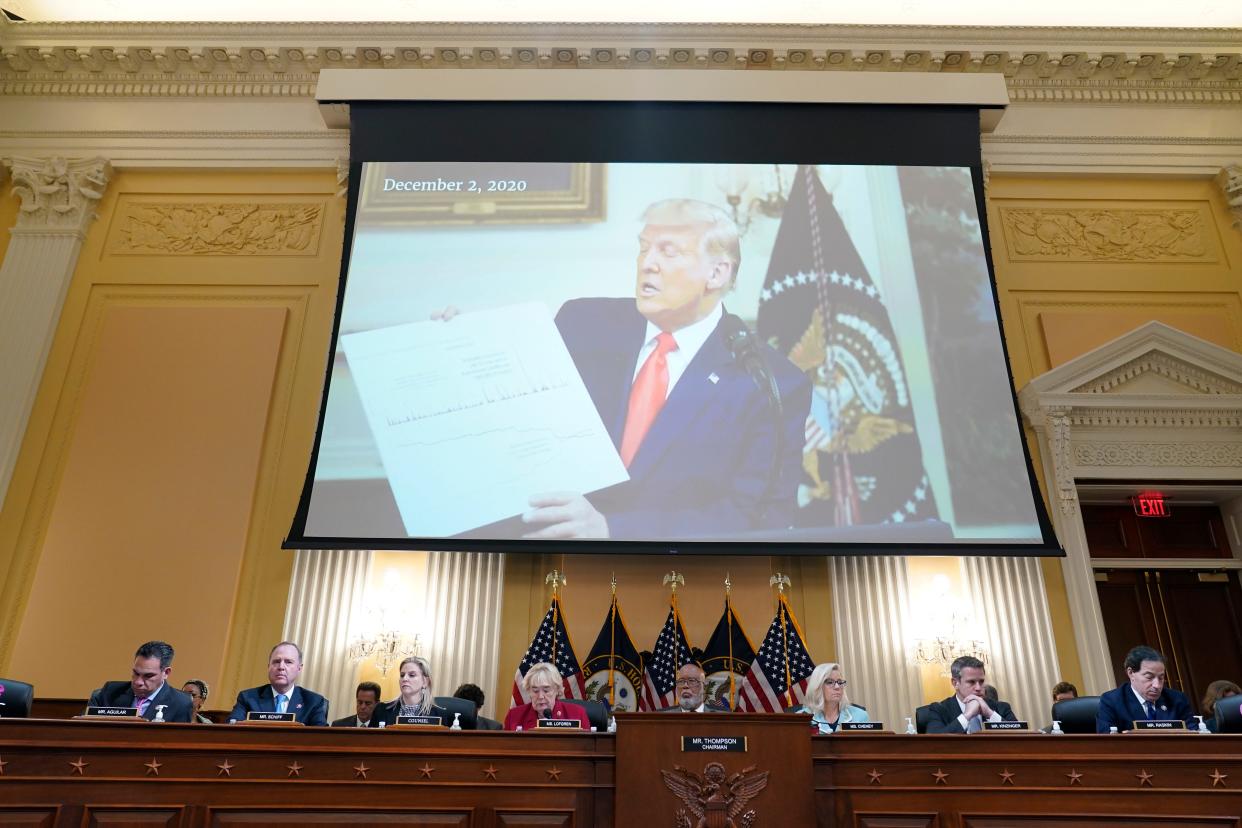 But if Mace had become anathema to Trump, she did have the backing of two former Trump officials with South Carolina ties – both of whom, like her, broke from the ex-president after the deadly Jan. 6 attack on the Capitol: former Gov. Nikki Haley, who served as Ambassador to the United Nations, and Trump’s former one-time acting chief of staff Mick Mulvaney, a former South Carolina congressman who is now a CBS News contributor.

An endorsement – but not from Trump

While Mace downplayed the importance of an endorsement when it came from Trump to her challenger, she made no bones about trumpeting Haley’s.

“She’s the most popular elected or former elected official in this district, or probably in the state of South Carolina… Herpopularity is significantly higher than anybody else who’s endorsing this race for anyone, she’s significantly loved here,” Mace said of the endorsement.

The Mace win is also a victory for Haley, who is weighing a presidential run in 2024 that could serve as a direct challenge to Trump, who also is mulling another White House bid. 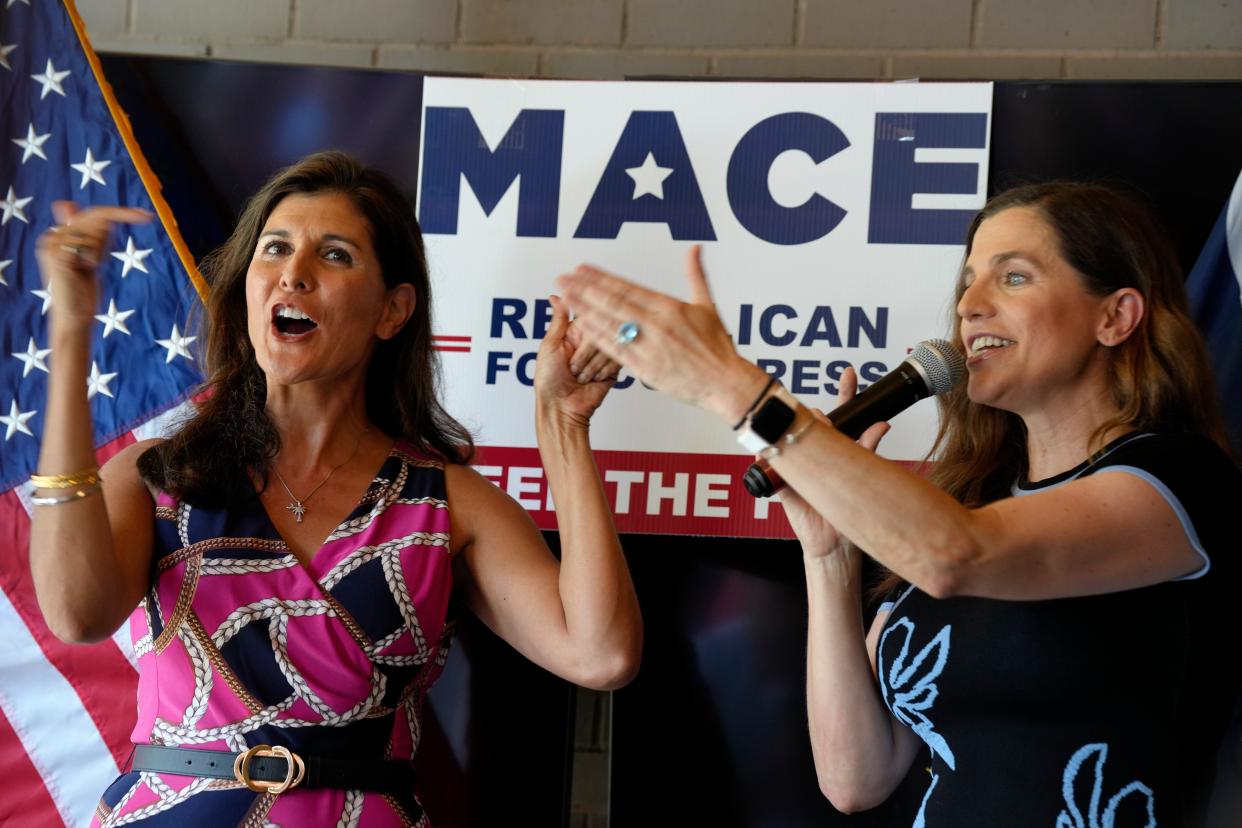 Many voters at a pre-election event with Mace and Mulvaney cited Haley’s endorsement as the reason they supported Mace or were at the event.

Nikki Haley: Haley outlines her vision of the Republican future, with or without Donald Trump

“She’s kind of the reason why I’m here tonight, because she has endorsed Nancy,” said one such voter, Jean Engle, who said she was undecided in the race, but had voted blue since Biden’s election and is not a fan of Trump.

Mulvaney, like Mace, told USA TODAY he thinks Trump got bad advice on the race.

“Nancy is a really, really good member of Congress because she’s a strong supporter of the president and of his policies, so I think some folks got in the president’s ear,” he said.

Alongside Shem Creek in Mount Pleasant, Mulvaney said of Arrington: “I don’t know if the president knew her from a housecat before this race.”

Arrington, like other candidates Trump has backed this cycle, had some potential drawbacks. In addition to losing a general election race in 2018, she faced scrutiny for a past job at the Pentagon, where her security clearance was suspended and she was placed on leave before ultimately resigning after she was accused of improperly disclosing classified information.

Midterms: Here are ten House races to watch in 2022

“Especially with incumbents that voters know, a Trump endorsement doesn’t carry the same weight as it did for like JD Vance or Dr. Oz,” Mulvaney said of Trump-approved GOP Senate candidates in Ohio and Pennsylvania, respectively, who won their primaries last month.

“There’s no question that Donald Trump got both of those those candidates across the finish line, that they would not have won without him,” Mulvaney said. “But when there are good, competent incumbents, that voters are familiar with… They might not look to the president for as much guidance as they would otherwise.”

Mulvaney is hopeful that there is a “place in this country for folks who are sort of in the middle, (who) like Trump sometimes and disagree with him some of the times.”

Whether it was that kind of balance that helped Mace across the finish line or her attempts to align herself with a former president who has attacked her relentlessly, at least some voters said they could reconcile the difference.