Journalist Glenn Greenwald on Saturday shared a personal story of a violent home robbery he experienced last month, claiming he was tied up and had a gun stuck in his mouth.

Greenwald said he decided to share his story after reading a report about how an Asian couple from California had much of their life savings stolen and their home ransacked after they were tied up by robbers in front of their 7-year-old daughter.

“[I] largely wanted to share what happened for the insights it provided me and to explain why violence of the kind this Oakland family just suffered is so brutalizing,” he wrote on Substack. 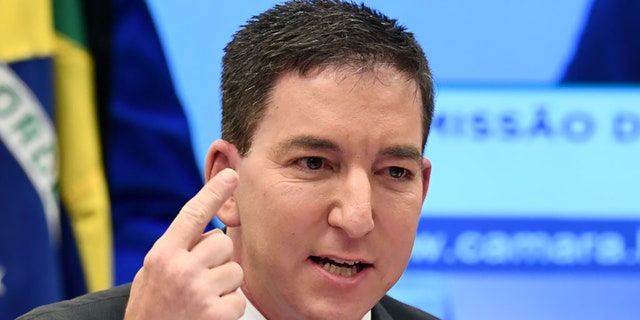 Greenwald said he was at a rental farm in Brazil waiting for his family to arrive the following day. He was with a security guard– an off-duty police officer– who helps provide protection for his family.

Men wearing full black face masks descended on him — pointing guns in his direction. Originally believing it to be a targeted political attack, Greenwald said he was relieved, “to the extent one can be in such a situation,” when they started demanding money.

“Driven by the belief that I was hiding valuables — refusing to believe my assurances that I would not do that with five men pointing guns at me — they attempted various forms of psychological terror,” he wrote. “They repeatedly threatened to shoot the police officer in the head, repeatedly kicked him so hard that they cracked several of his ribs, ordered me to open my mouth, and stuck a gun in it as they demanded to know where the rest of the money was, smashed my phone and tablet against a wall when they could not figure out how to erase the hard-drive, and just generally tried to create a climate of extreme fear.”

“Most of the hour was spent with them ransacking every part of the farm, including our kids’ rooms,” Greenwald continued.

Greenwald said the attackers bound their arms behind their backs and tied their legs together. He said they managed to free themselves and used a computer the robbers had “idiotically left” so he could call his husband and other officers who worked with his family at the farm.

He said the identity of the attackers was discovered after they committed at least three other armed robbery invasions later that day using a vehicle stolen from Greenwald, which was registered in his husband’s name.

As he reflected upon the incident, Greenwald said he was struck by how desperate the armed invaders seemed to be — frequently abandoning plans before going on to another. Greenwald added that one of the robbers told him they were not there to kill, but to steal because “they had no jobs.”

ASIAN WOMAN STABBED TO DEATH IN ‘RANDOM’ ATTACK IN CALIFORNIA

He noted that one of the robbers made a similar comment during the California home invasion, according to KGO-TV reporter Dion Lim.

“Don’t worry we won’t kill or rape you, we come here for money. You know [with] COVID-19, we have no jobs, no money. That’s what’s making us do this,” the robber whispered to the mother of the Oakland family.

Greenwald said he recovered “fairly quickly” from the Brazil attack but he noted that the police officer had it much worse. “He was forced for the full hour to stare at the floor, not knowing what was happening except that he was being constantly threatened and then physically assaulted,” Greenwald said. He added that it’s common in Brazil for criminals to “automatically” kill police officers.

The journalist said he was reluctant to write about this own experience, but was encouraged by friends and colleagues “who argued it is beneficial to remind people of the impact of this kind of violent crime, especially given what just happened to this family in Oakland.”

“They had to endure it with their seven-year-old daughter present. The home invaders threatened explicitly to shoot her first. And in the interview which this sympathetic reporter did with the child, she spoke of how she cannot escape the feeling that they are going to come back, a fear I am certain will remain with her for a long time if not forever,” he wrote.

“It is tempting and easy for all of us to view experiences we have not had as an abstraction” he continued. “That definitely includes violent crime, particularly where it involves an invasion into the one place it is psychologically vital to feel safe: one’s own home. But it is worth remembering how devastating it can be for families like this one even if they physically survive the violence.”

As of early Monday, a fundraiser for the Asian family in California has raised nearly $100,000.