“This was not an idea of 10 or 12 Democratic bosses,” Giuliani said. “This was a plan. You’d have to be a fool not to realize that.”

During a marathon news conference in Washington, DC, Giuliani — who is leading Trump’s efforts to challenge the election results in court — outlined what he said was a coordinated scheme to illegally boost Biden’s vote counts across the country.

Giuliani said absentee and mail-in ballots were cast illegally for Biden or tampered with by corrupt poll workers, then counted while Republican inspectors were kept too far away to document what was happening.

He also alleged that some votes for Biden were tallied as many as three times each by workers who repeatedly shoved individual ballots into counting machines.

Giuliani said the Trump campaign had hundreds of sworn affidavits attesting to the alleged wrongdoing, and specifically cited claims by one Michigan poll worker, Jessy Jacob, who he said “was basically trained to cheat” in Biden’s favor.

“Maybe you can say she’s lying,” he said.

“But you can’t say there’s no evidence. This is direct evidence.”

Giuliani said massive swings in various vote counts also amounted to “circumstantial evidence” of election fraud, and said that disqualifying the suspect votes would swing the election in Trump’s favor.

At one point, he called attention to a chart identifying states where the Trump campaign believes Biden’s wins should be reversed. 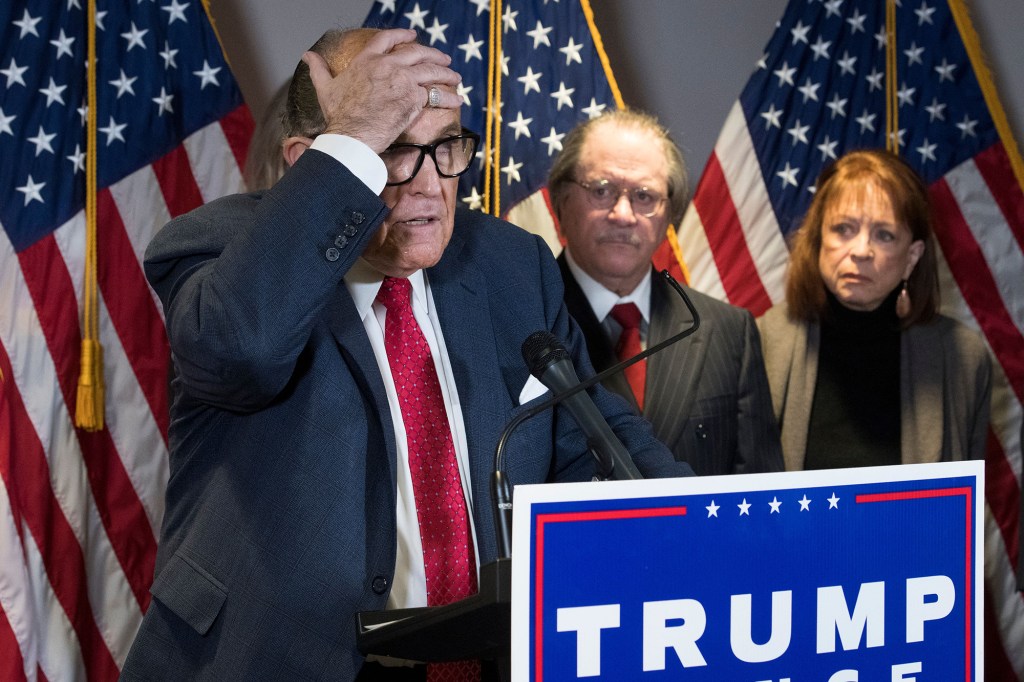 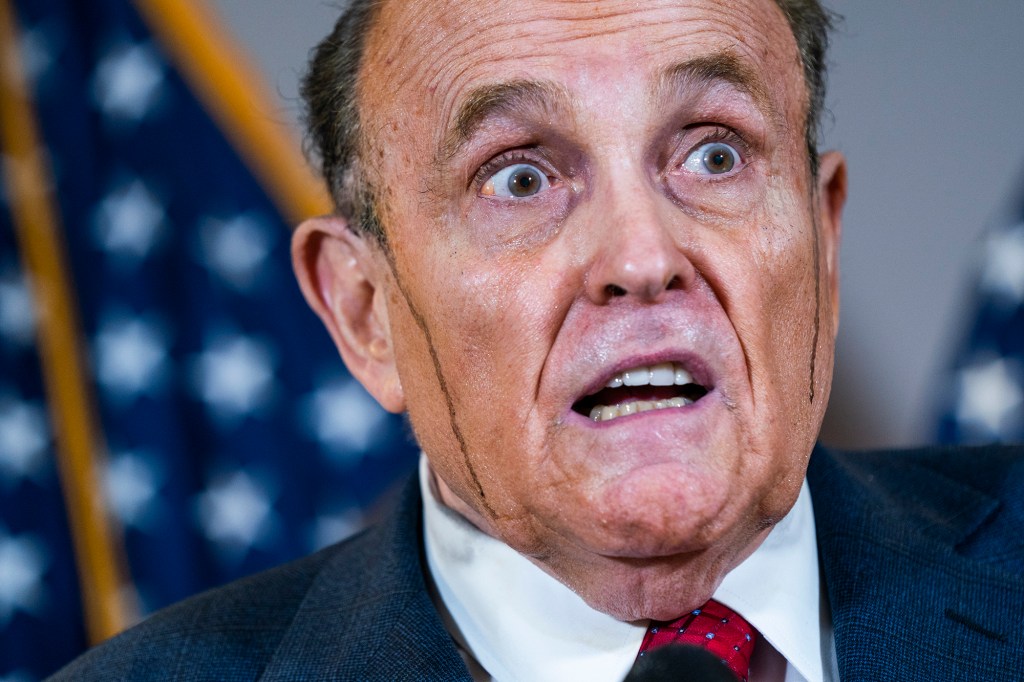 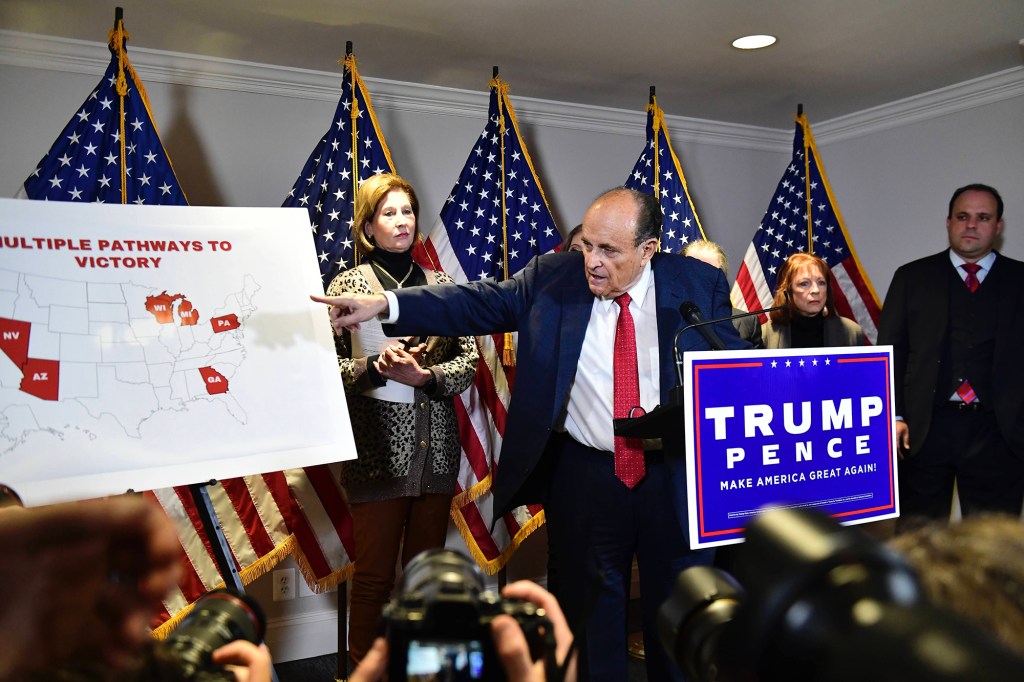