Girl, seven, begs doctors to let her die after suffering horrific injuries from ‘years of abuse at the hands of her parents and an uncle who raped her’ in Mexico

A seven-year-old sex abuse victim begged doctors to let her die while she was treated for horrific injuries allegedly caused by years of abuse at the hands of her parents and an uncle.

The child – named only as Yaz – has been in a serious condition in Hospital de Las Margaritas, in the state of Puebla in east-central Mexico, ever since she was admitted after being severely beaten on August 21.

The young girl told doctors ‘I want to die, don’t heal me anymore’, as she was admitted, adding ‘I don’t want to go back to my parents so they can keep hitting me’.

A neighbour took Yaz to the hospital where she was diagnosed with internal bleeding, signs of rape, cigarette burns and a collapsed lung.

Her parents – Alejandra N. and Rafael N – are being investigated for the attacks after it was revealed the victim’s 3-year-old sister died under suspicious circumstances in June 2020.

The girl’s parents have since been detained and police are hunting one of her uncles who is wanted for allegedly raping her. 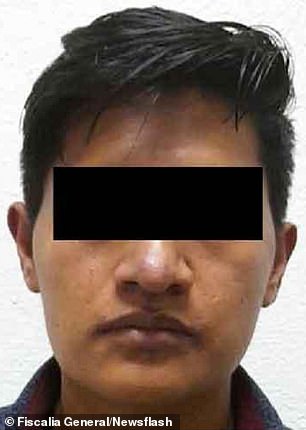 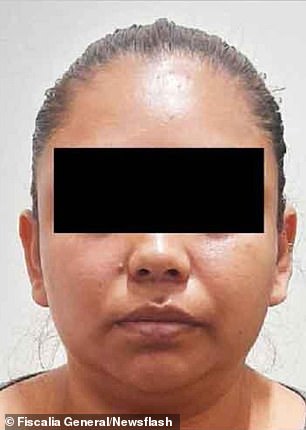 Rafael N and Alejandra N (left and right), are being investigated over the sexual abuse of their seven-year-old daughter Yaz,who is in a serious condition in Hospital de Las Margaritas, in the state of Puebla, where she reportedly begged doctors to let her die

The girl has previously been admitted presenting signs of trauma blows and serious injuries all over her body dating back to 2019, as well as in February, May and August 2020. Yet nothing was done.

In August she was admitted with burns to her buttocks that had destroyed part of the muscle that was so severe medics had to do a graft.

In February she presented with cut legs. Yaz’s father, named by local media as ‘Rafael N’ told doctors that she had done it to herself.

Activist Frida Guerrera brought the case to Mayor Claudia Rivera Vivanco to get Yaz on the municipal Development of Family Integrity (DIF) programme that will now take the case and custody of the minor.

The DIF has also reopened the case of the death of the younger sister who was previously believed to have accidentally asphyxiated.

According to the prosecution, the father had requested custody of the girls, arguing that their mother had cut the girls, but the request was denied.

Frida Guerrera, however, believes the father took Yaz to live with him and denied the mother all contact with her, Mexican news outlet Proceso reports.

At first, the prominent woman’s rights activist said she believed the initial reports that it was the mother who was the aggressor towards her daughter.

She changed her view upon learning that assumption was based on two witnesses –  the girl’s father and his current partner – who was previously Alejandra’s neighbor.

When Guerrera interviewed the special prosecutor, she realised they were unaware that the father had reportedly taken Yaz to live with him since July 2019. 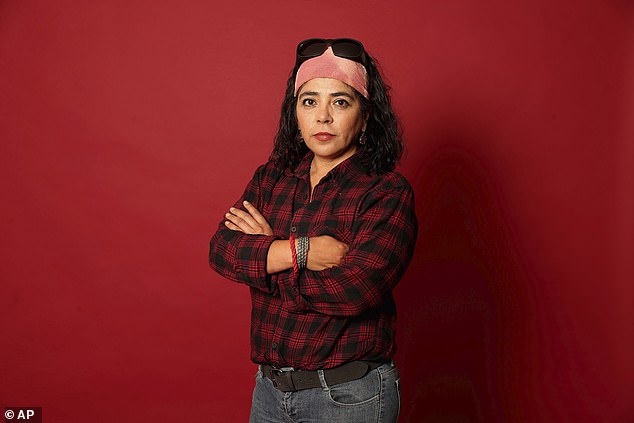 Frida Guerrera, a prominent woman’s rights activist, has been vocal about the case, and used her following to bring Yaz on the municipal Development of Family Integrity (DIF) programme that will now take the case and custody of the minor

Guerrera reported that Alejandra was only told of her daughter’s death, and raised questions against the Puebla government which she believes has not conducted the investigation thoroughly enough.

She also claims that the government’s arrest of both the mother and father is an attempt to silence the criticism of the handling of the case, and over why they failed to act when concerns were raised about the girls’ well being in February, May and August.

‘If the Puebla authorities had done their job since January, which was the first moment that there were indications that the girl had suffered sexual violence, the girl would not be in the hospital now, and Mitzi (her little sister) would not be dead,’ claimed the activist.

‘Of course there is institutional responsibility in this,’ she stressed.