Sharon Mcalister, 35, took her daughter Kaiann to three GPs, five times before the youngster was told she had acute lymphoblastic leukaemia (ALL). 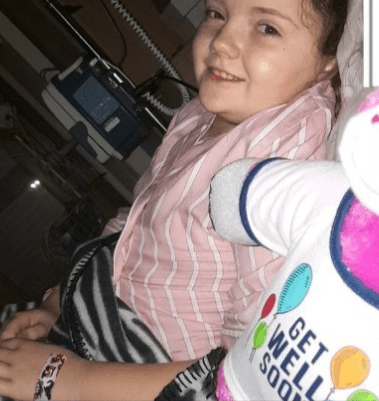 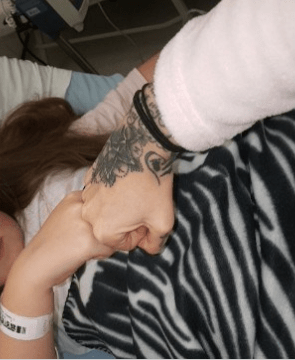 Mum-of-three Sharon says she knew something was wrong with her daughter when she started complaining about the pain in early December.

And by the time she was diagnosed on February 12, little Kaiann was in agony, on morphine and told her spine was fractured and crumbling.

Kaiann, from Rutherglen, has now started chemotherapy at the Royal Hospital for Children in Yorkhill, Glasgow.

Medics say treatment will be successful but mum Sharon insisted no child should have to suffer such a painful ordeal.

She said: "If I could take the pain away from Kaiann I would.

"No child should be going through this.

"Kaiann had pale and yellowing skin and frequent high temperatures and infections but her main symptom was back pain."

It requires immediate treatment, if a patient has any hope of surviving.

ALL is very rare, affecting around 650 people a year in the UK – half adults, half kids.

While it is rare, it's the most common leukaemia in children, and tends to be more common in boys.

To find out more, see the NHS info page. 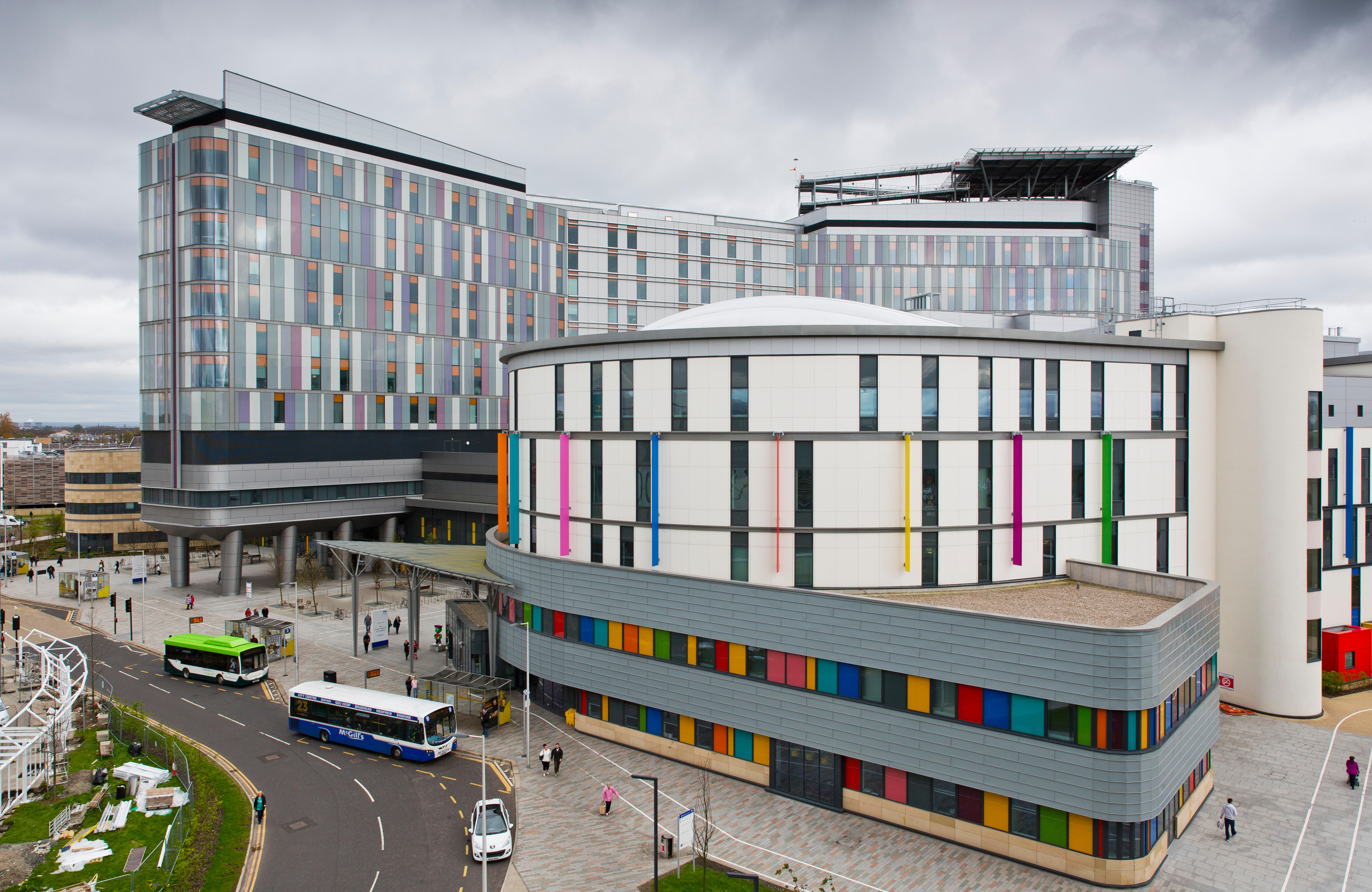 Sharon did not want to name the GP practice involved but said her daughter was seen by one GP three times, another once and then a different doctor, who referred her for a hospital appointment.

But she took matters into her own hands and rushed little Kaiann directly to A&E.

Sharon added: "I had seen the same GP three times, then another doctor and then the final doctor finally listened to me.

"I felt as if I was getting fobbed off. It was put down to muscular pain or a virus.

"Kaiann was getting really scared because she couldn't walk properly and she was getting spasms in her back that were leaving her in agony.

"She came out of school one day, sobbing and bent over, so I took her to the doctor again and finally they listened.

"They gave me a referral for hospital but that night I took her to A&E at the children's hospital.

"They thought it was osteoporosis initially as she had fractures and her spine was crumbling."

Kaiann was sent home with plans to send her for an MRI in March but collapsed that day and was admitted to the children's hospital, where a scan revealed she had leukaemia.

Sharon, who is a make-up artist, said: "I just collapsed when I heard it but I knew they were going to tell me it was cancer.

"Not every child has the same symptoms but please if you feel the doctors aren't listening to you and deep down you feel something isn't right, then keep pestering them until they listen.

"Maybe it's a mother's instinct but us mums are usually right so don't stop fighting to be seen."

Sharon's family have created a Justgiving page for donations.