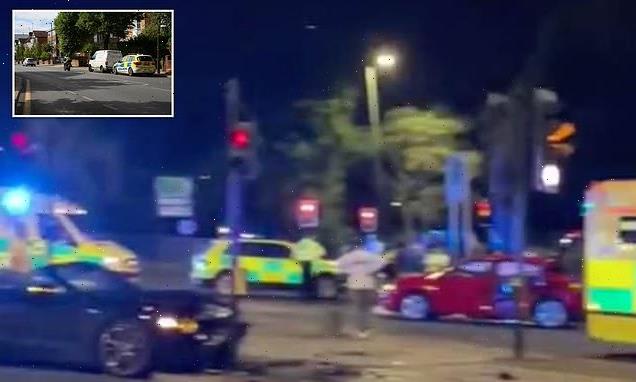 Girl, 12, dies in hospital after being fatally injured in Bentley Continental hit-and-run as detectives ask for witnesses to come forward

A 12-year-old girl has died after she was injured in a hit-and-run involving a Bentley Continental in north London at the weekend.

Detectives are appealing for witnesses to come forward after the girl was fatally injured in Colney Hatch Lane, Barnet, just after 10.10pm on Saturday.

She was travelling in a Vauxhall Astra that was involved in a collision with the Bentley and was taken to hospital, but she died on Tuesday.

Her family are aware and are being supported by specialist officers.

On Monday, before the girl’s death, police arrested a 28-year-old man on suspicion of causing injury by dangerous driving. He was bailed until September. 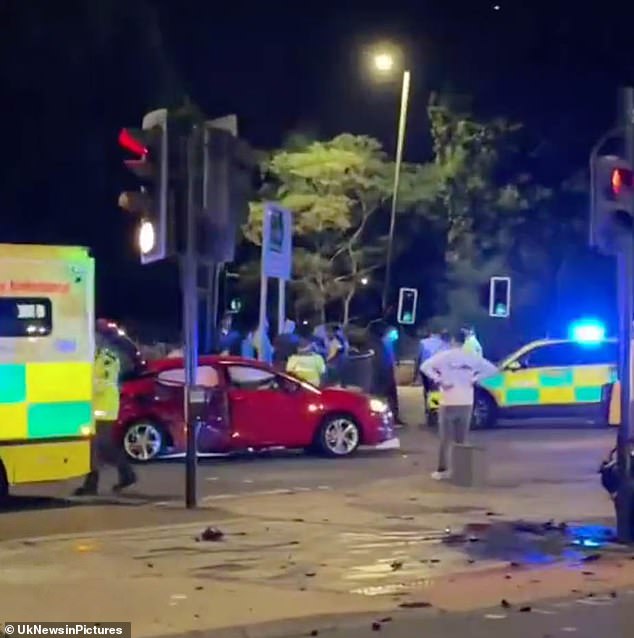 A 12-year-old girl sadly died in hospital after being involved in a crash between a Bentley and a Vauxhall at 10.12pm yesterday

Police say the car had not been reported as lost or stolen.

Detective Inspector Ian Watson, from the Metropolitan Police Road and Transport Policing Command, said: ‘My thoughts are with the girl’s family as they come to terms with this devastating news and we will do everything we can to support them at this difficult time.

‘Our investigation into how the collision occurred continues.

‘I encourage anyone with information about what happened to come forward if they haven’t already done so.’

Two men who were in the Bentley fled on foot before police arrived at the scene of the crash.

Detectives from the serious collision investigation unit are appealing for any witnesses, and anyone with dash cam or mobile phone footage, to contact them by calling 101 and providing reference number CAD 7888 20AUG22.