Michelle laughed as she was handed the mint after they were first caught doing the same at Senator John McCain's memorial service in September. 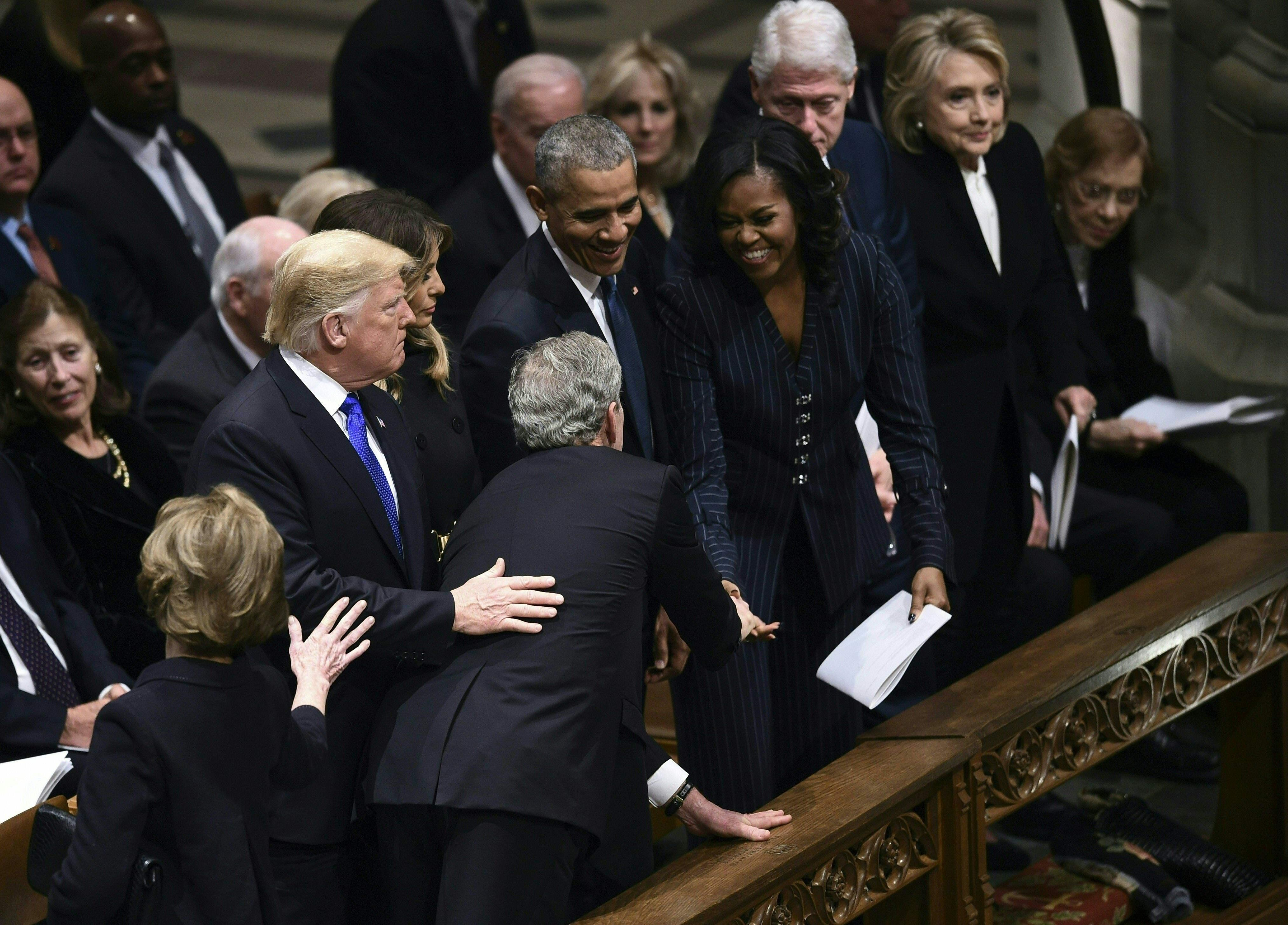 The 41st US president died Friday in Houston at age 94. His wife of 73 years, Barbara, passed away in April.

The Republican was caught on camera grabbing a sweet from his wife and then passing it to Michelle who mouths “thank you” with a smile. 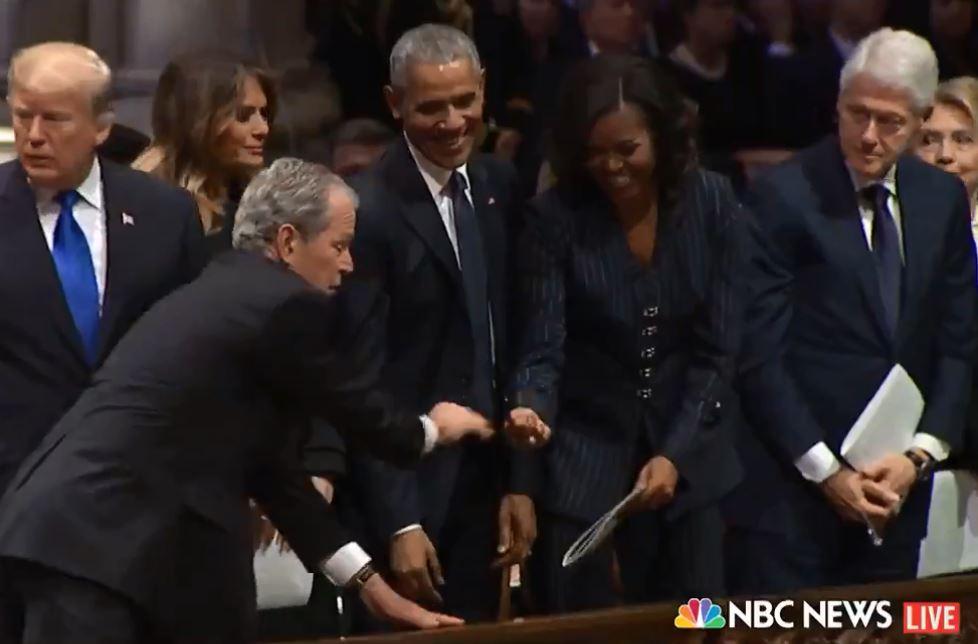 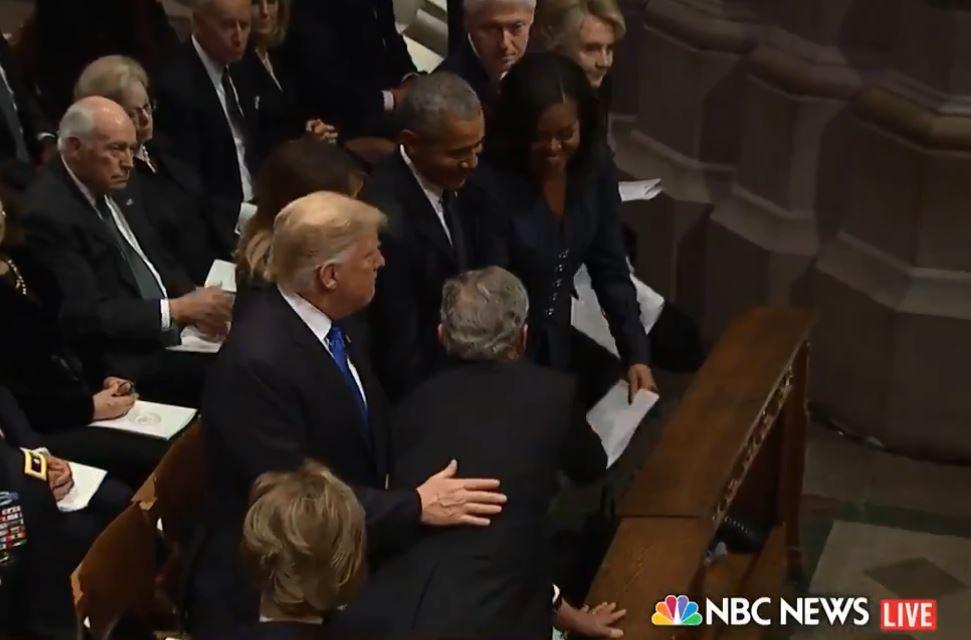 His passing and funeral today brought together all of Washington DC with both sides of the political spectrum praising his lifetime of civic service.

It also was the first time the five remaining members of the exclusive "formers" fraternity – Barack Obama, George W. Bush, Bill Clinton and Jimmy Carter – appeared together with Trump since his inauguration in 2017.

Trump has sought to meet the elder Bush's passing with grace, a contrast to his confrontational behaviour since taking office.

Recalling the funerals for Gerald Ford and Ronald Reagan, they all sat together in Washington National Cathedral, with the exception of the younger Bush, who will be seated nearby with his family. 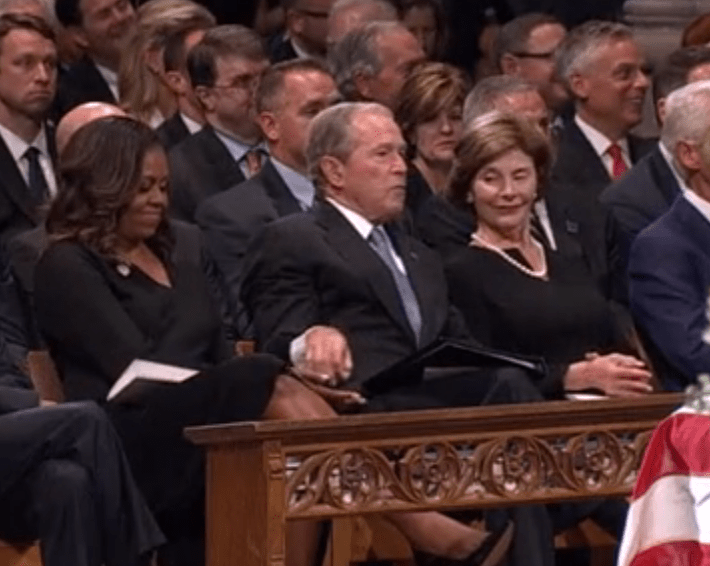 However, all of the "formers" have a fractious relationship with the current US President.

In a speech in September, Obama slammed the "crazy stuff" coming out of the White House without directly naming Trump.

Last year, the younger Bush made a speech that confronted many of the themes of Trump's presidency without mentioning him by name, cautioning that "bigotry seems emboldened" and the nation's politics "seems more vulnerable to conspiracy theories and outright fabrication".

Over the summer, Carter told The Washington Post that Trump's presidency was a "disaster." 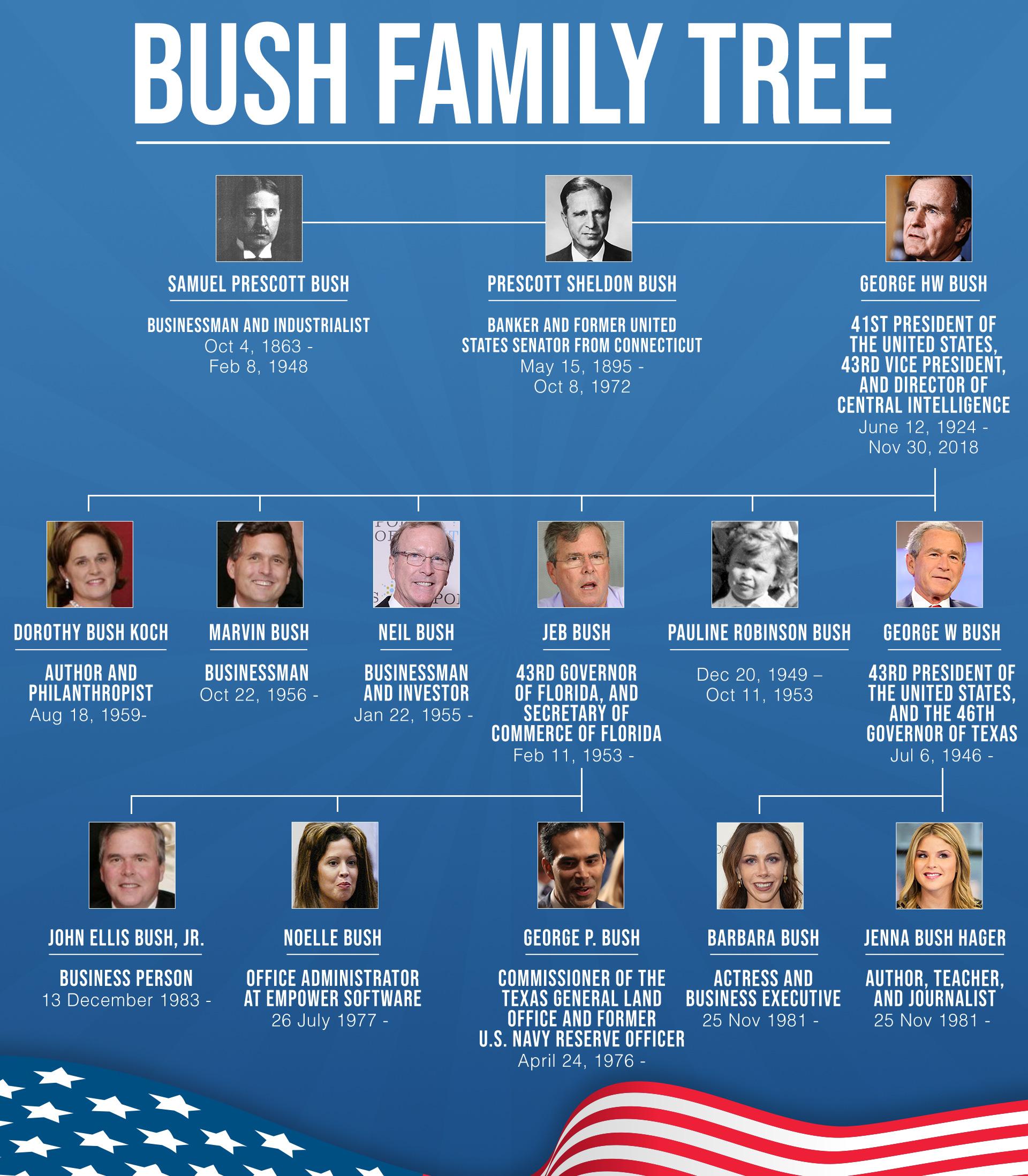 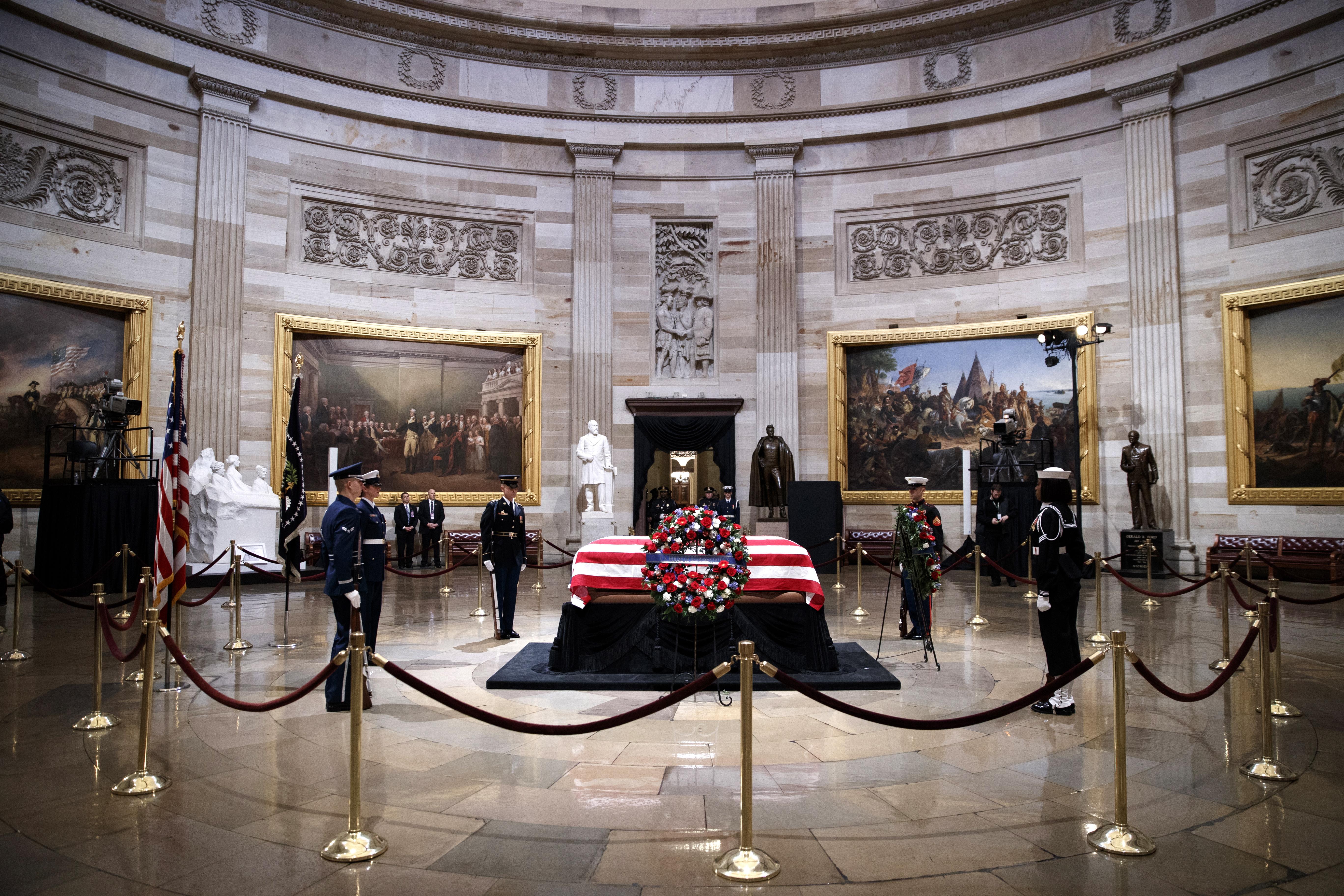 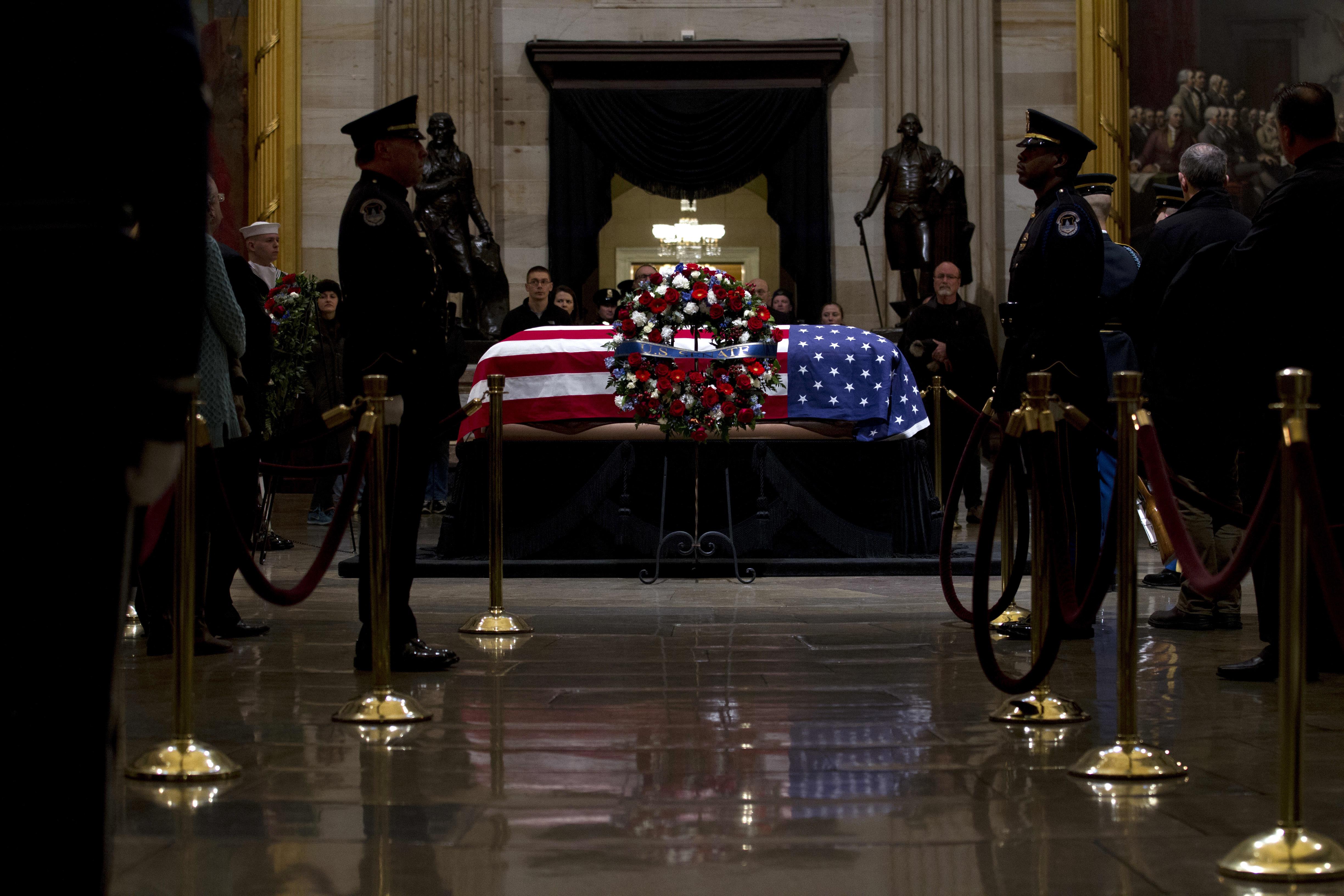 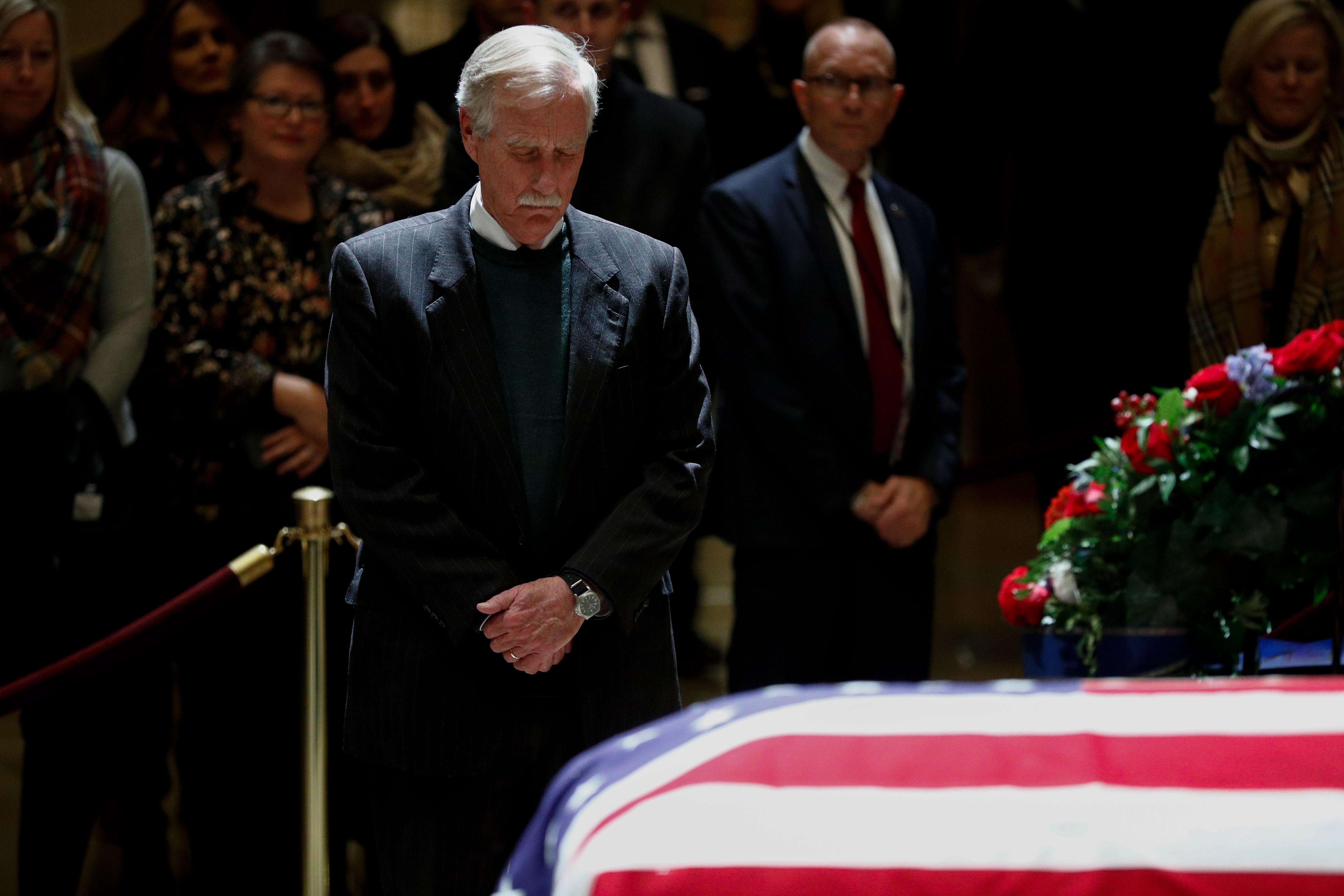 And Clinton, stung by Trump's defeat of wife Hillary Clinton in the 2016 presidential race told a weekly newspaper in New York state after her stunning loss that Trump "doesn't know much."

Even the late Bush's feelings about Trump were harsh at times. In Mark K. Updegrove's book "The Last Republicans," published last year, the elder Bush called Trump a "blowhard."

He is expected to lie in repose at St. Martin's Episcopal Church in Houston until 7am local time, Thursday.

The church will also hold its own memorial service for the former president later that morning.

A motorcade will then take Bush's body to Union Pacific Railroad Westfield Auto Facility, where a funeral train will transport the late president's remains to Texas A&M University in College Station, Texas.

He'll be laid to rest on the grounds of the George H.W. Bush Presidential Library and Museum, near his wife, Barbara, and their daughter Robin, who died of leukaemia in 1953 at age three. 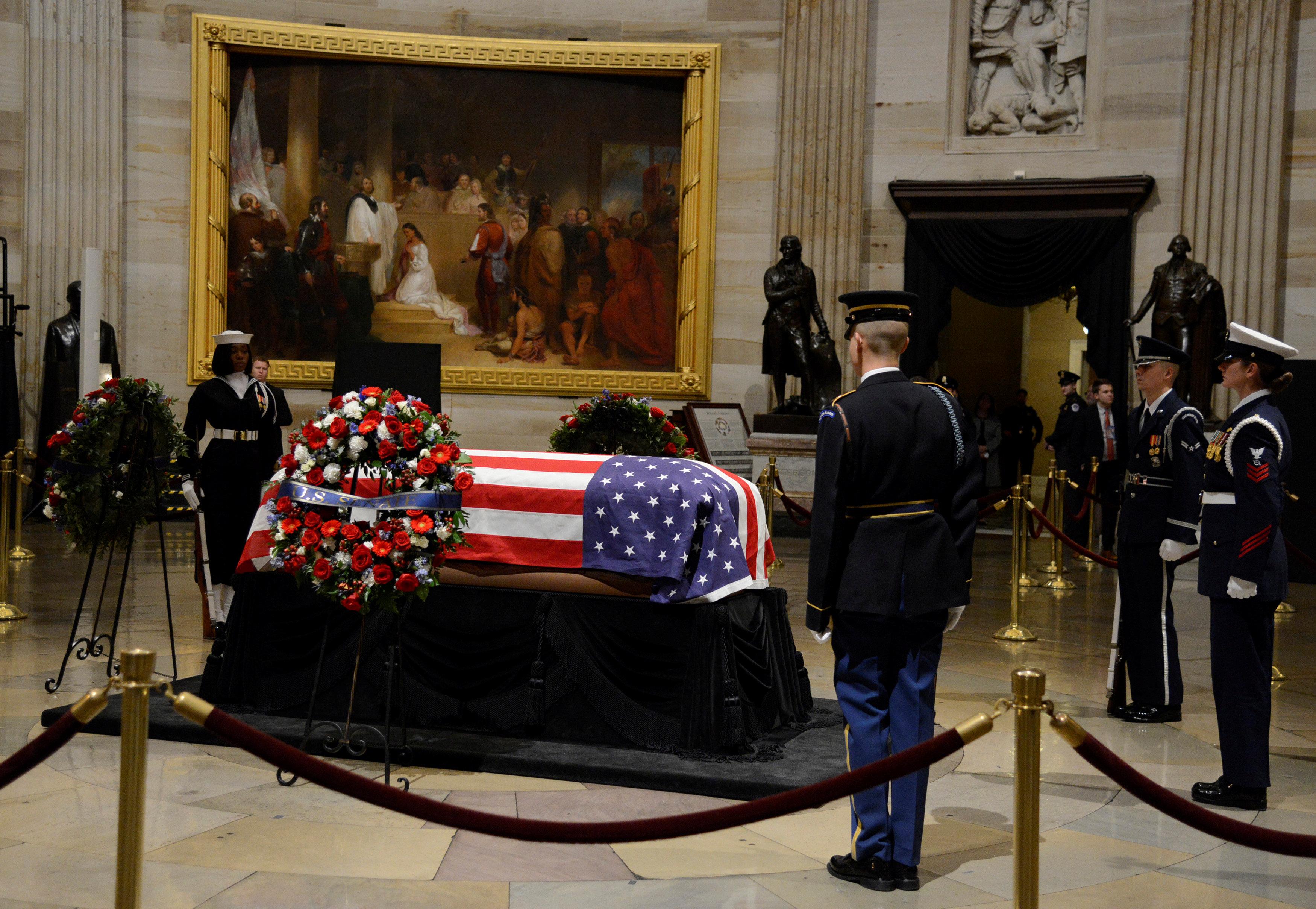 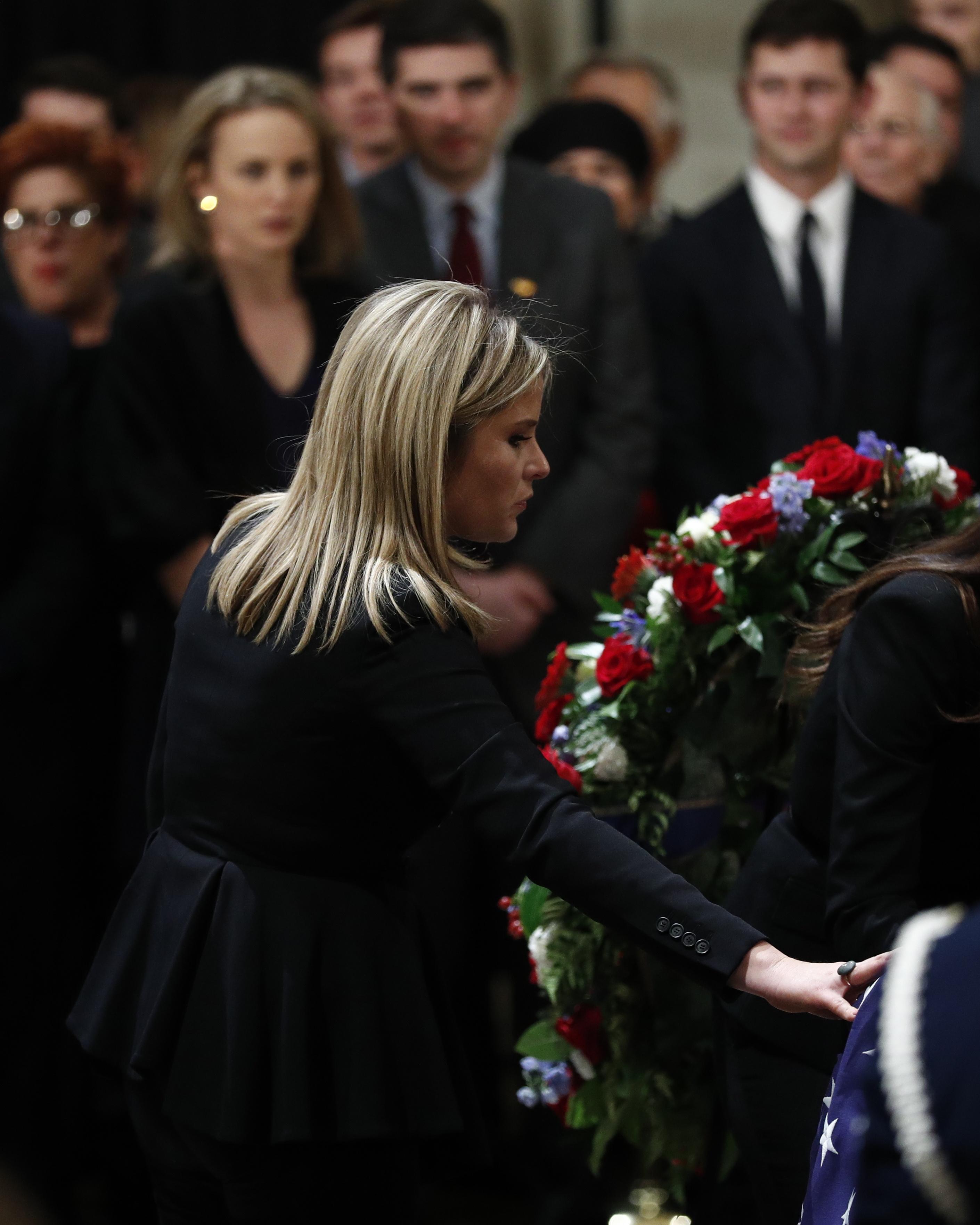