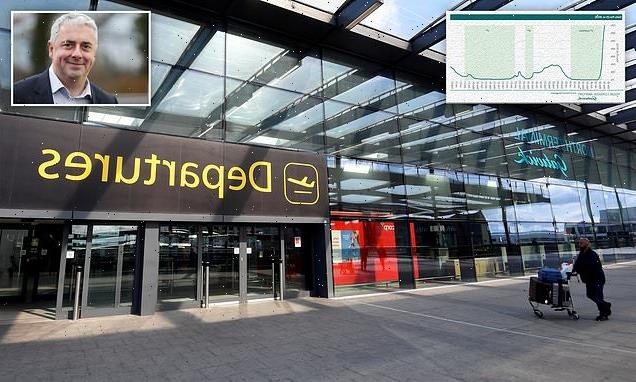 London Gatwick Airport was today in talks with banks to avoid defaulting on its loans as it blamed Government restrictions for pushing it to a £204million loss.

The West Sussex airport said that a year after requesting short-term waivers on its loans, it was again facing pressure and is asking banks for another extension.

And its boss said Ministers had to ‘act now’ and ‘remove unnecessary and costly PCR testing requirements for passengers, particularly for those double vaccinated’.

While the airport has remained open throughout the first six months of the year, it said that a collapse in passenger demand and UK restrictions had hit business hard.

Gatwick’s pre-tax loss hit £204million, about 40 per cent lower than the first six months of 2020 when the Covid pandemic began. 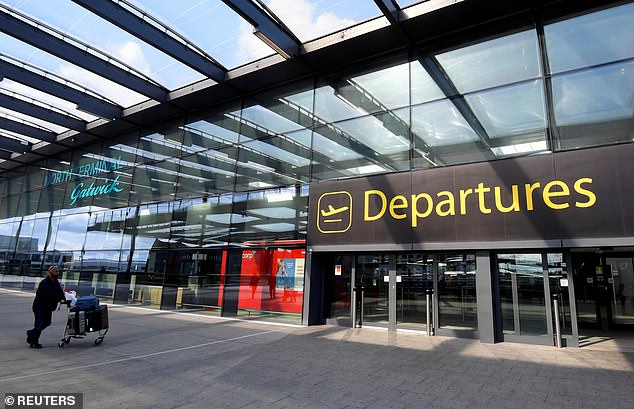 This graph released by Gatwick Airport today shows how quarterly passenger numbers plunged in 2020 and 2021, when compared to 2019 – but are expected to rebound in 2022

The business was able to save £31.3million by slashing staff costs nearly in half, making more than 40 per cent of its employees redundant last year.

Bosses said it had a ‘strong liquidity position’ and is ‘well placed for recovery due to successful refinancing alongside reduced capital expenditure and operating costs’.

They added that the Government had to ‘take advantage of its world leading vaccination programme to improve passenger confidence in international travel’.

Bosses said the UK aviation recovery is far behind countries in Europe such as France and Germany whose bookings are on average over 50 per cent of pre-Covid levels. 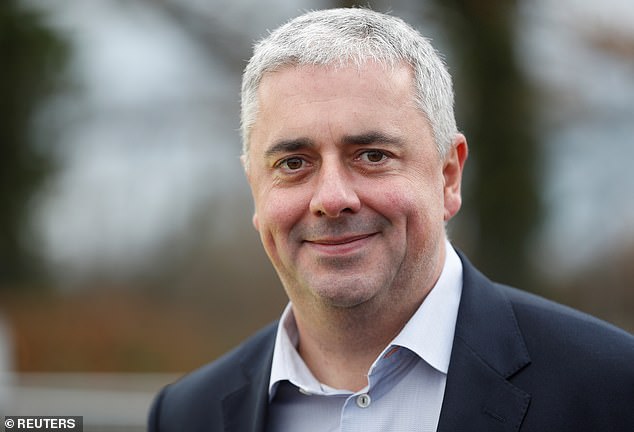 In the UK it is sitting at approximately 16 per cent, with 569,000 passengers using the airport in the first six months of 2021.

Gatwick urged Ministers to have no test requirements for travellers from ‘green’ countries, or for double vaccinated travellers arriving from ‘amber’ nations.

Chief executive Stewart Wingate said: ‘First I would like to thank all our staff for their hard work and fortitude throughout what has no doubt been the most challenging six months the airport has witnessed with its low passenger and air traffic volumes.

‘I remain certain that Gatwick will recover and as a business we are financially and operationally well placed for that.’ 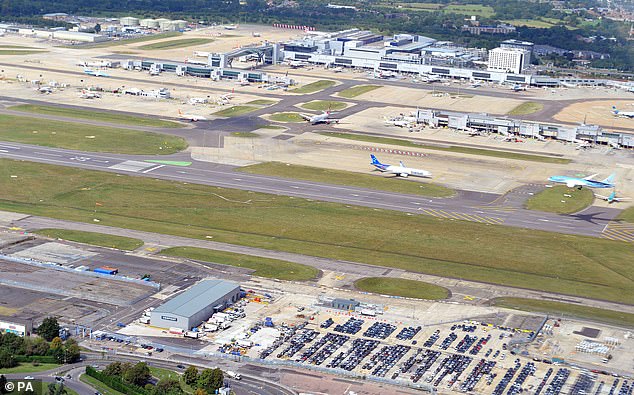 ‘Our Government needs to act now and remove unnecessary and costly PCR testing requirements for passengers, particularly for those double vaccinated.

‘UK travel recovery should not be allowed to lag behind the US and Europe.

‘Passengers need the travel rules simplified so they can choose to travel more freely and enjoy much needed breaks and reunions with family and friends which are currently much more attainable for those in Europe and the US.’