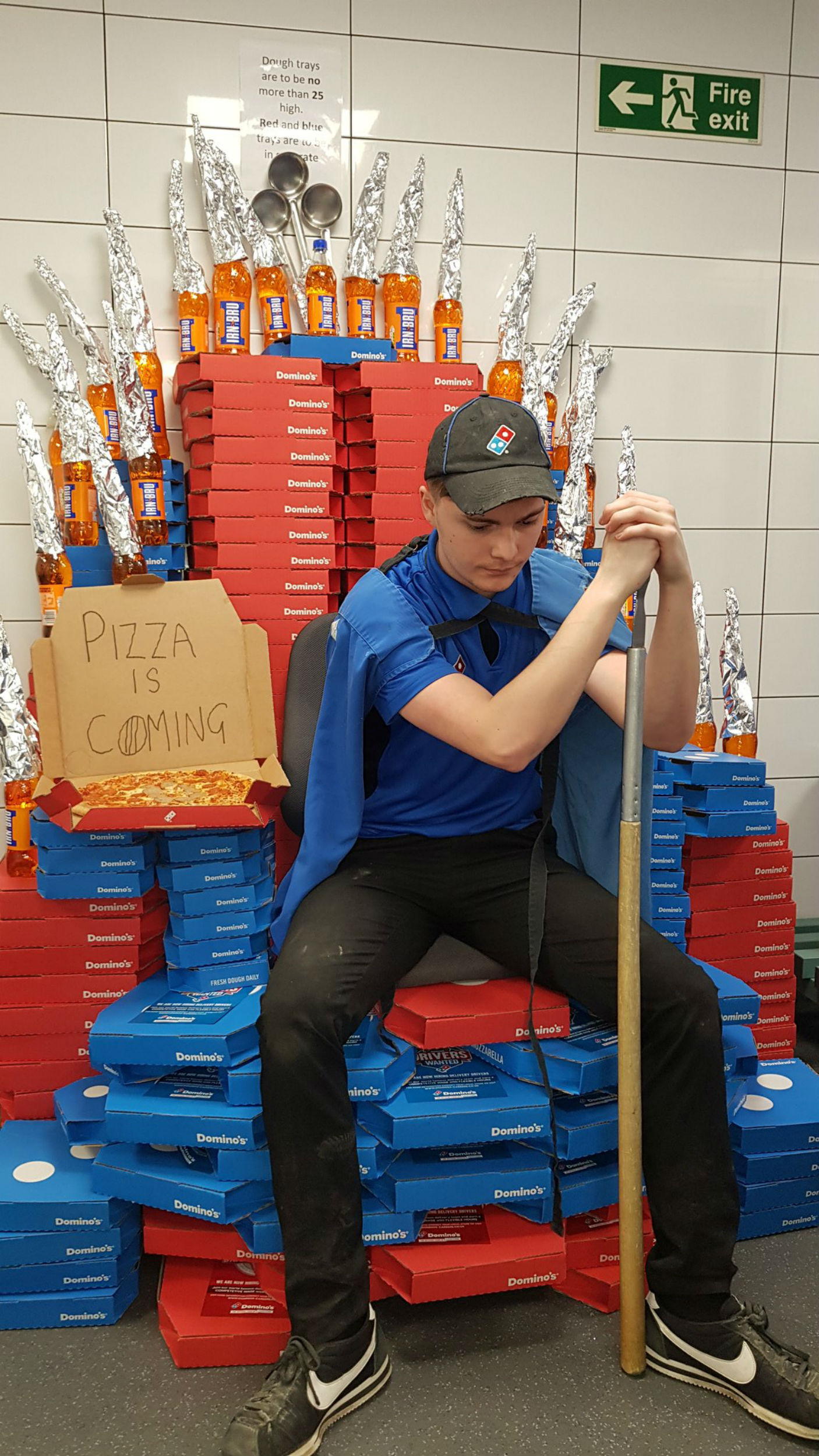 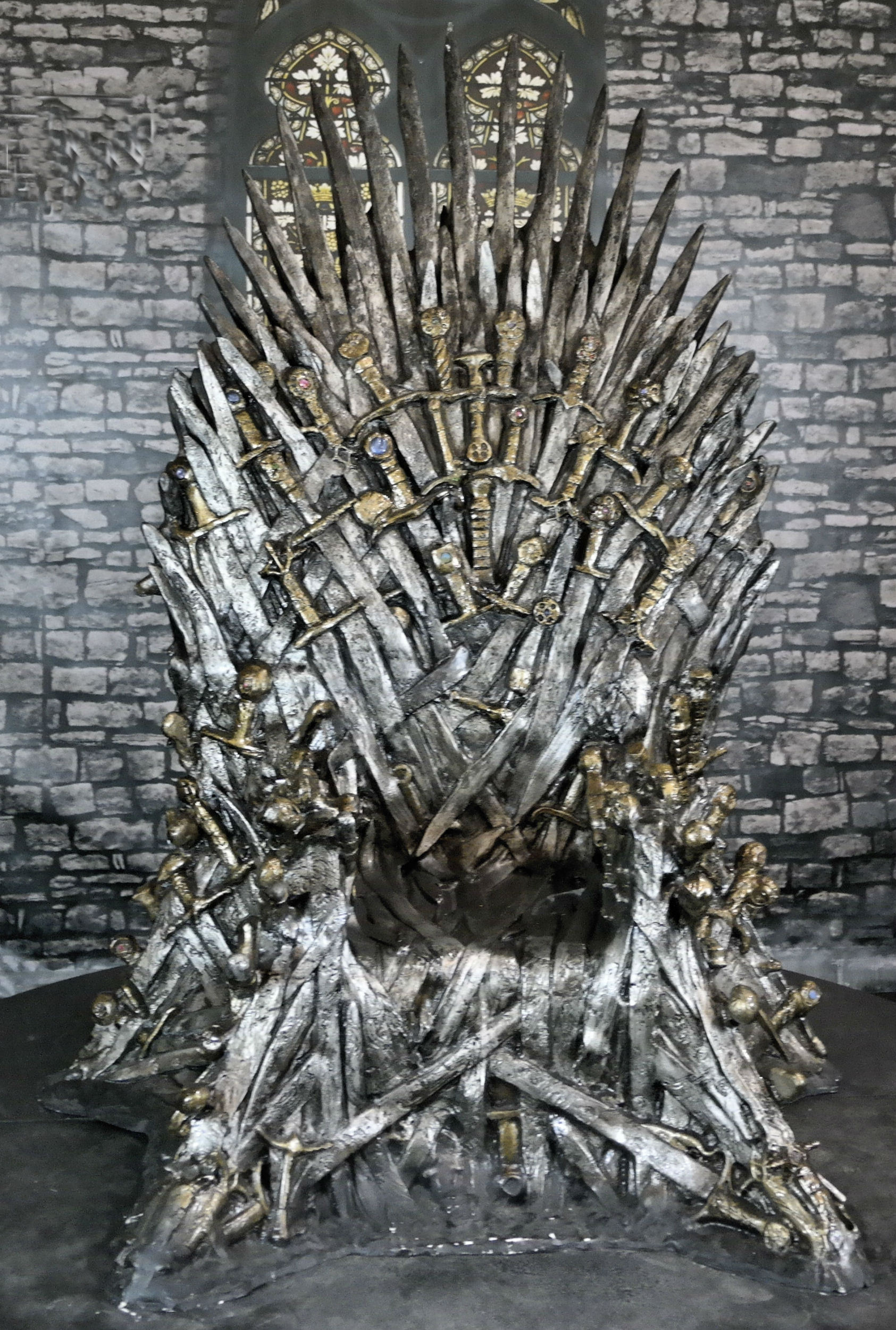 Gregor, wearing a cape, sits on his pizza version of the Iron Throne with a suitably brooding expression. "Pizza is coming" is written on the lid of a box nearby.

The picture is a tribute to the eighth and final season of the hit series which began airing last night.

He posted the picture to Twitter last night captioned with “Iron Throne I built in work".

@thesagabegins96 responded: "Ser Gregor of House Donnelly, first of his name, King of the Cheeses and the First Toppings, the Chef, Lord of Pepperoni and a side order of wings".

@purplepxd added: "You either getting fired for this or promoted, no in between".

And @craziecs said: "Someone at Domino's give this Knight a raise."