New marijuana breathalyzer tests that are billion times more sensitive than one for blood alcohol levels, has been dubbed a ‘game-changer’ by researchers.

Some law enforcement agencies across the country have been reluctant to have marijuana legalized in their states, worried relaxed rules for the drug could lead to an explosion of impaired drivers on the road.

But now cops could loosen up to the idea, thanks to devices from Hound Labs and Sanntek that can tell how recently someone has consumed THC, a by-product of marijuana, and in turn detecting whether they’re likely to be high.

‘With alcohol, if you have over 0.08% in your blood, there’s the presumption that you’re intoxicated,’ Christopher Leusner, head of the New Jersey State Association of Chiefs of Police, told the Philadelphia Inquirer. ‘There hasn’t been a blood test or a breath test that can determine if you’re impaired by marijuana.’ 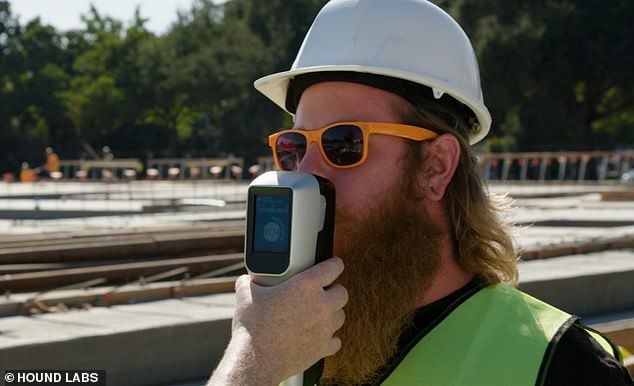 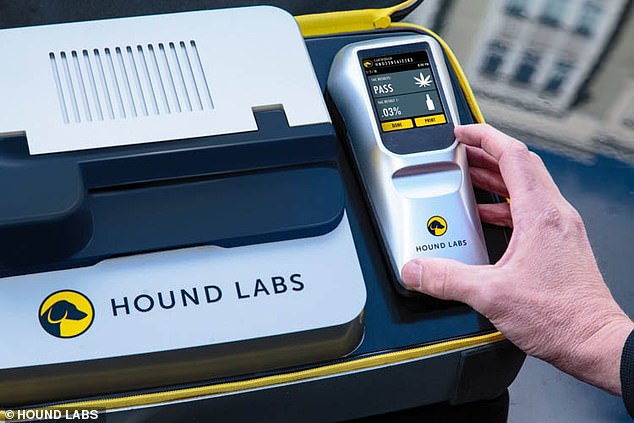 Veteran emergency department physician and reserve deputy sheriff who created the item believes ‘if someone is not stoned, they shouldn’t be arrested’ and the new device can test for both alcohol and marijuana

The Hound Labs device was developed by researchers at University of California at Berkeley and San Francisco and Mike Lynn, a veteran emergency department physician from Oakland who’s also a reserve deputy sheriff.

Blood tests for marijuana can read positive even if the drug was consumed up to a month ago. But the Hound – which recently secured $30million in Series D financing from Philadelphia growth equity fund, Intrinsic Capital Partners, to bring it to market in 2020 – can tell if someone has smoked or had an edible within the past three hours and is stoned.

‘It’s about creating a balance of public safety and fairness,’ Lynn said. ‘I’ve seen the tragedies resulting from impaired driving up close. And I have a good idea how challenging it is at the roadside to know whether someone smoked pot recently. But I believe if someone is not stoned, they shouldn’t be arrested.’

The device is even more sensitive that traditional alcohol breathalyzers and can detect very low amounts of THC.

After five years developing a device that can differentiate between recent consumption and weeks old consumption, plus be affordable for law enforcement and employers, it’s estimated to retail for $5,000 each and onetime cartridges around $20 each.

With approximately 50 million drug tests carried out annually, Howard Goodwin, principal at Intrinsic Capital Partners, believes the market for a THC breathalyzer could be worth $10billion each year. 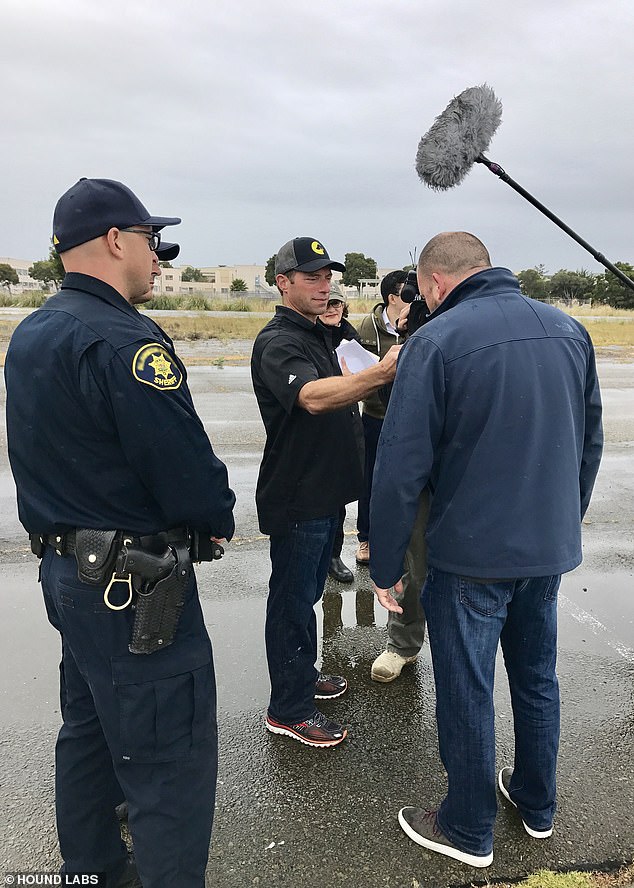 But the device and similar ones could save more money over time as prosecutors currently spend up to two days in court in marijuana DUI cases which are often thrown out.

‘It’s a game changer,’ John Hudak, a senior fellow at the Brookings Institution. ‘I’ve been saying for years it’s only a matter of time before someone developed the technology and got the science right. That time apparently is now. And they’re going to make a hell of a lot of money selling it to law enforcement agencies across the U.S. and Canada.’

Marijuana is legal in 30 states and dozens have medicinal programs.

It is also good news for employees and employers according to one of the creators.

‘Employers have the same fundamental problems as law enforcement,’ Lynn said. ‘They need to maintain a safe workplace, but not have to worry about what their employees do in their free time. Someone can go home, smoke pot just like I’d enjoy a glass of wine, and not test positive.

‘Employers are facing a workforce now that has close to full employment. They don’t want to be firing valuable workers, especially for something that’s legal in most states.’