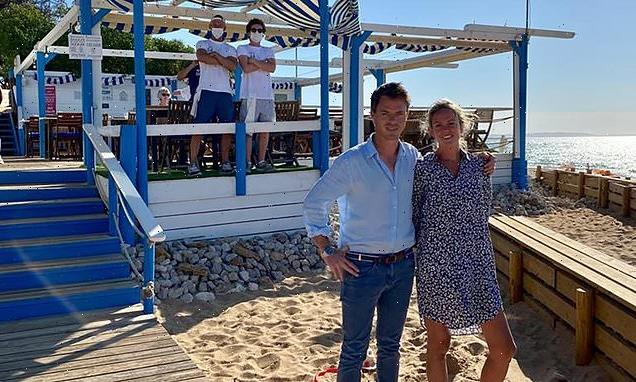 British business owners in the Algarve say they have been forced to make staff redundant after the Government’s amber list decision left them facing another lost tourist summer.

Firms have been inundated with cancellations and said the abrupt move means ‘that nobody can have any confidence in the British Government’s policy on foreign travel’.

Bex and John Seabrook, originally from London, own BJ’s Oceanside restaurant, near Quarteira. British holidaymakers account for 90 per cent of their turnover.

Mrs Seabrook, 39, said the initial shock of Portugal being removed from the ‘green list’ had now given way to ‘anger and an awful feeling of helplessness’. 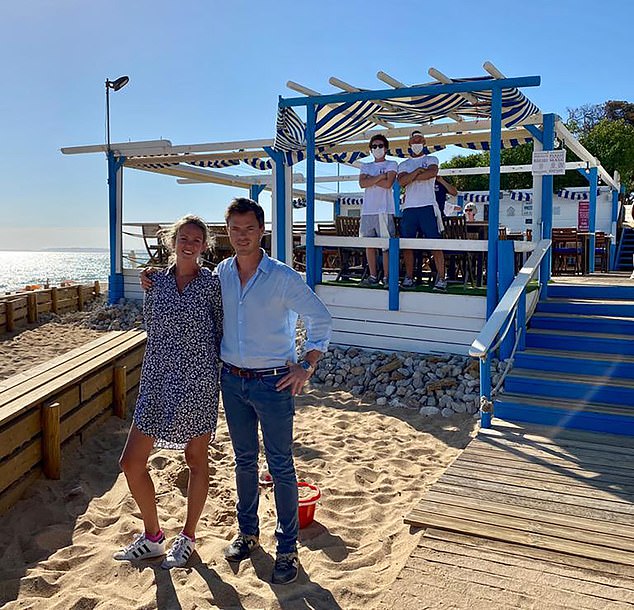 They have been forced to reduce staff numbers from 40 to 30 with Mr Seabrook, 38, adding: ‘Sadly, this announcement will mean that we don’t have work for some of them until the tourists return.

‘In some cases, this means they will struggle to get by and to put food on their family table. This decision is so far reaching.’

Travel and tourism made up 20 per cent of Portugal’s gross domestic product in 2019 – largely from popular tourist areas such as the Algarve.

While the UK Government says the data is under constant review, Mrs Seabrook said: ‘The symbolism of this announcement means that nobody can have any confidence in this government’s policy on foreign travel.’ 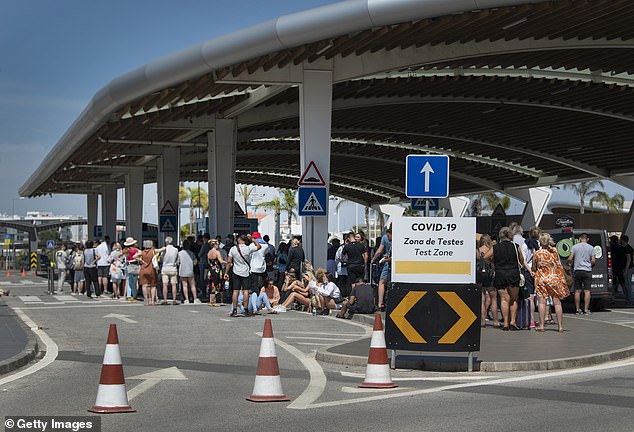 ‘Our unique complex specialises in holidays for families with special needs or disabled children who have become reliant on having a break here,’ said Mr Willis. ‘Since the decision to put the Algarve on amber, so many have had to cancel as they are not in the position to be able to quarantine when going home.’

He added: ‘Many of our regular families are now heartbroken. They have suffered more than most with lockdowns and coping with the special needs of their children. The whole family need a well-needed break and their children are devastated.’

‘My husband’s dying… this was our last family holiday’

The family of a terminally ill man due to go on one last holiday together have had their flight cancelled by the sudden introduction of travel restrictions.

Faye Cheetham, her husband Andy and their children had been planning to travel to Portugal on Wednesday.

But after thousands of Britons cancelled their plans when the country was moved from the ‘green list’ to amber, the family’s flight was axed last Friday.

Mrs Cheetham, from Salford, Greater Manchester, said that they were now determined to rebook their trip.

‘We are still going to travel but it does affect our plans financially and my children’s education,’ she added.

‘My husband has been diagnosed as terminally ill with cancer – he has had a really good stint due to chemotherapy so we booked Portugal as it was on the green list.

‘Potentially this could be our last family holiday, which is why we will still be going. We need it and the children need it.

‘I can’t bear the thought of telling the kids that we can’t go.’

The family now face additional costs of between £300 and £500 to find another flight, while the cost of additional Covid tests has risen to £840.

Mrs Cheetham also said she was worried any further changes to the rules could invalidate their travel insurance on medical grounds.