A $500 million shopping centre redevelopment that was rejected by a local council has been approved by a state tribunal despite only eight out of 605 homes set aside for social housing.

The move to approve the redevelopment of Northcote Plaza in Melbourne’s inner north has prompted calls to reform planning regulations, with the government accused of not supporting affordable housing in major city developments where it is really needed. 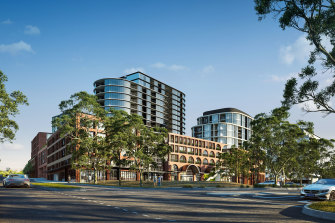 An artists drawing of the planned Northcote Plaza redevelopment.

The redevelopment was unanimously rejected by Darebin City Council last year, but approved by the Victorian Civil and Administrative Tribunal this month.

“It’s simply appalling that the Victorian government is passing on opportunities to require social housing in major development sites where it’s most needed,” she said. “VCAT has supported social housing at the site for a meagre 10 years. What’s going to happen to these tenants after a decade?”

Social housing is safe, secure, affordable long-term rental housing for people on low incomes, especially those who have recently experienced family violence, homelessness or have other special needs. 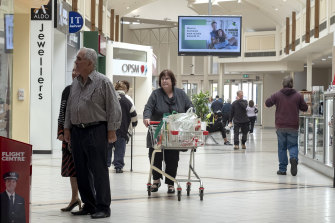 Northcote Plaza developer Time & Place said the four residential towers would include eight dwellings for social housing and 52 at reduced rent for 10 years.

Developers have to abide by a voluntary framework which requires negotiation with councils about the inclusion of social and affordable housing in projects. But opponents said the plan shows the voluntary scheme is not working and have called for mandatory inclusionary zoning across the state requiring public and community housing within new developments.

Northcote Plaza, best known for its two Coles supermarkets in the one shopping centre, was described by VCAT in its ruling as “tired and underperforming”, but is beloved by many locals and its Facebook community page – The Northcote Plaza Appreciation Society – boasts 10,000 followers.

The redevelopment will include 6500 square metres of retail space, three levels of basement parking, a public laneway, four residential towers, including a central 18-storey high tower, and an office building. 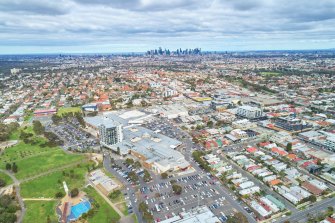 Community Housing Industry Association chief executive Sarah Toohey said setting aside just over 1 per cent of a development for social housing and providing affordable housing for only 10 years was not enough.

“The voluntary scheme to deliver social and affordable housing in the planning system is clearly not working,” she said. “Local councils should be able to apply conditions to large developments that add real and lasting benefits for the people living in their community.”

The council and the association said social housing needed to be an essential component of all major residential developments otherwise people would be pushed to urban fringes where essential services were inadequate.

“Local councils should be able to include conditions to maintain a diversity of housing in their community, and that must include long-term social and affordable housing,” Toohey said.

Time & Place director Tim Price said the build-to-rent offering in the development was substantial, and while Northcote was once a more working class inner north postcode, it was now gentrified.

Price said the redevelopment would generate an additional $21 million in annual retail expenditure and create over 500 construction jobs and around 350 centre related jobs once completed.

A spokesperson for the Victorian government declined to comment on the Northcote Plaza development and said it was investing in social and affordable housing in Victoria through its $5.3 billion Big Housing Build.

“We’re increasing social and affordable housing supply across Victoria – with the largest single investment in housing by any government in Australia,” the spokesperson said. “There is currently a voluntary framework in place, with councils and developers negotiating agreements for social and affordable housing to be included in projects – providing an important boost to supply.” 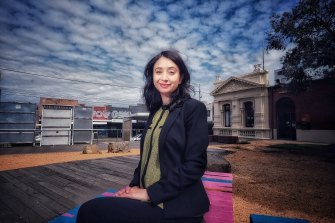 “What’s most disappointing in all of this is the opportunity council has squandered to secure lower height limits, more homes for vulnerable residents and a community space which could have been used for anything from a childcare, to library space, to much needed social or health services,” she said. “In the end, our community loses out because council dropped the ball – and now they want to blame someone else.”

Messina said there were obvious issues with the state planning system and what could be required in regards to social housing, height and community infrastructure in Victoria.

“We know that, the state government knows that, and reforms are required,” she said. “Council continues to have the best interests of the community at heart, and we look forward to working with Ms Theophanous on how we can together address the planning system’s deficiency. It’s essential for major developments like this to pull their weight, including on social housing.”

Construction is expected to begin next year and be completed by the end of 2025.