The Newsnight host was accused of bias when she said as fact the PM’s top aide didn't follow the rules after driving from London to County Durham, and slammed Boris Johnson's "blind loyalty". 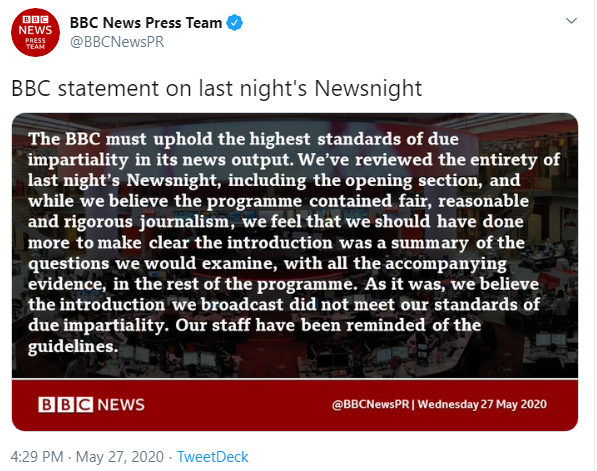 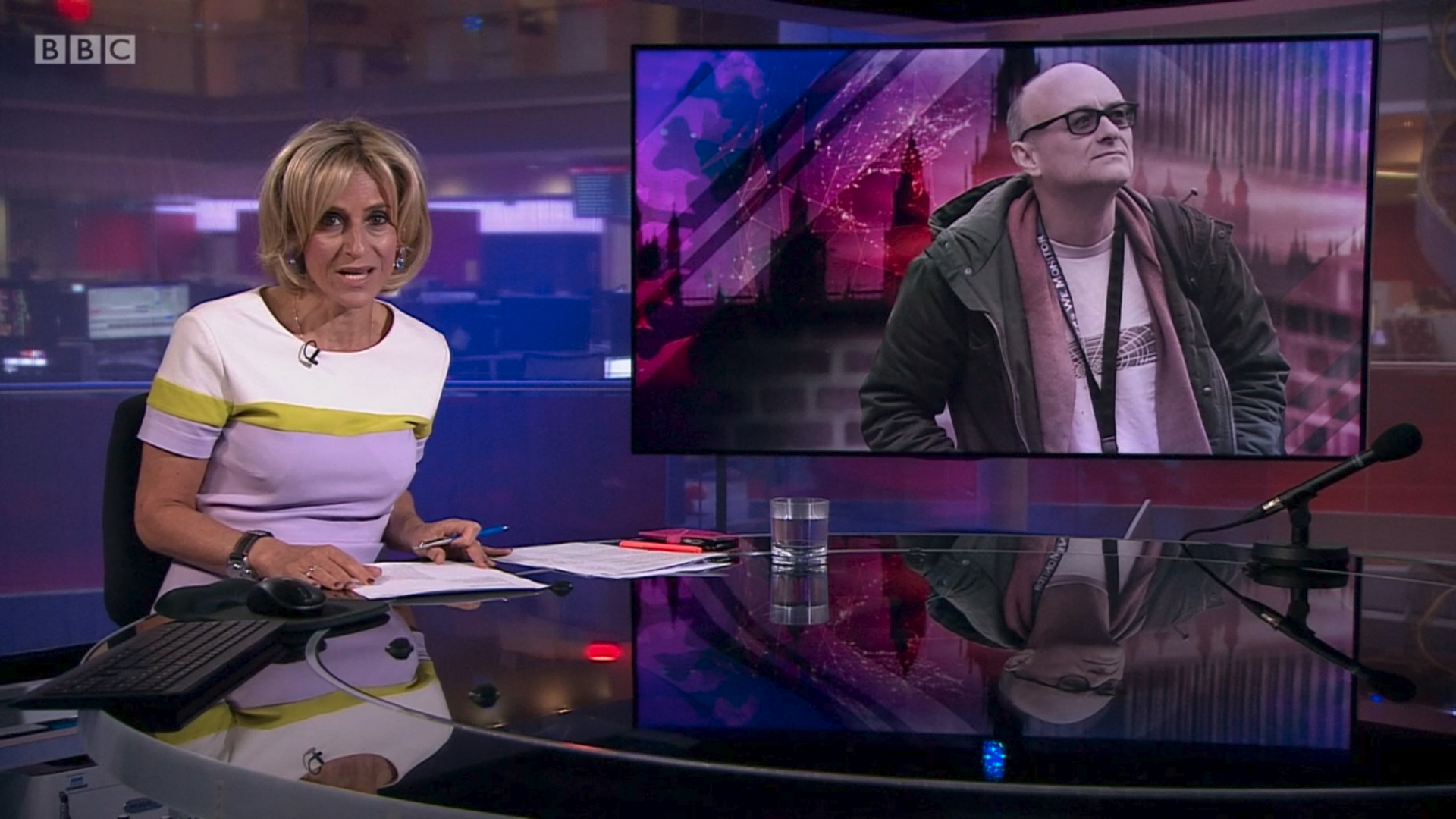 And today a statement from the broadcaster on Twitter said: "The BBC must uphold the highest standards of due impartiality in its news output.

"We've reviewed the entirety of last night's Newsnight, including the opening section, and while we believe the programme contained fair, reasonable and rigorous journalism, we feel that we should have done more to make clear the introduction was a summary of the questions we would examine, with all the accompanying evidence, in the rest of the programme.

"As it was, we believe the introduction we broadcast did not meet our standards of due impartiality.

"Our staff have been reminded of the guidelines."

In a scathing monologue on last night's show, Ms Maitlis insisted Mr Cummings was in the wrong, despite the Vote Leave organiser insisting he had followed the rules.

Her comments sparked an impartiality row, before the Beeb apologised and admitted they didn't meet standards.

She had said: “Dominic Cummings broke the rules, the country can see that, and it's shocking the Government cannot.

“He should understand that public mood now. One of fury, contempt and anguish.

"He made those who struggled to keep to the rules feel like fools, and has allowed many more to assume they can now flout them.

"The Prime Minister knows all this, but despite the resignation of one minister, growing unease from his backbenchers, a dramatic early warning from the polls, and a deep national disquiet, Boris Johnson has chosen to ignore it."

"Tonight we consider what this blind loyalty tells us about the workings of Number 10."

Tory grandee Iain Duncan Smith bashed her comments, and warned it was not the job of presenters to offer a personal opinion.

He told The Sun: “It’s quite wrong of an interviewer to express their own views using a platform they have been fortunate to get.

“The charter is very clear that the BBC is not to express its own personal opinions.”

Tory MP Michael Fabricant said: "The BBC is supposed to present news in an unbiased way without a personal commentary.

"Newsnight is meant to do just that: present news and interviews. Not the personal views of its presenters.

"The BBC seems to be losing all its values as a national public broadcaster."

Former Labour MP and Brexiteer Kate Hoey added: "Understand that the BBC is being inundated with complaints about Emily Maitlis and Newsnight from last night.

"I have also put in a complaint and am sure many many more will #bbcbias".