Furious passengers yesterday claimed they had been charged thousands of pounds to book new flights in the wake of the drones chaos at Gatwick.

They accused airlines of cashing in on the crisis by dramatically inflating ticket prices on pre-Christmas flights. Desperate to reach their destinations, travellers said they had been faced with no choice but to pay up.

Production assistant Garron Akushie-Stevens said he was asked to pay at least double the price of his original ticket in order to make it to his uncle’s wedding in Ghana. 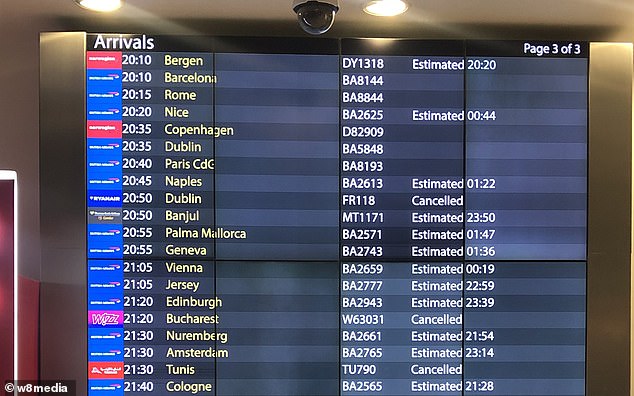 He said the TAP Portugal airline had covered the cost of his original fare but had not offered any discount on a replacement ticket which was on sale for up to £3,000 last night.

He accused the airline of ‘taking advantage’ of the situation, adding: ‘I’m highly disappointed. It’s unacceptable. I feel as though I have been thrown to the wolves.’

Alex and Joanne Penkul, from Bishop’s Stortford, Hertfordshire, claimed it cost them £7,000 to re-book flights home from New York.

The couple were supposed to return via Gatwick on Thursday. Mr Penkul told BBC News: ‘We just wanted to get home, so we booked the first flight we could get… but it’s been hugely expensive.’ Mrs Penkul added: ‘We’re hoping the insurance will pay up, but who knows?’ 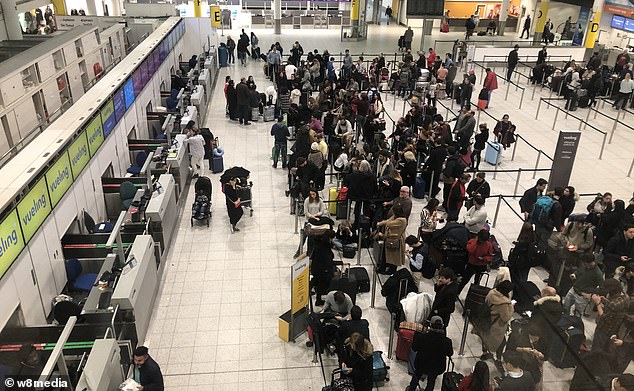