A fugitive British businessman who began a new life in the Philippines after he was convicted of rape was finally behind bars in the UK today after an international manhunt spanning 14 years.

Gary Johnson, 49, fled the country on a false passport in 2006 after learning he would face a retrial for sexually assaulting a woman following a night out.

The engineer, from Urmston, Greater Manchester who already had business interests in hotels in the Far East country was later found guilty in his absence and jailed for eight years but he stayed in Manila and fathered four children with a Filipino woman.

He was eventually traced in 2015 after being arrested by Manila police for undisclosed matters but despite an International Arrest Warrant being issued it took almost five years for him to be extradited back to the UK due to legal delays.

At Minshull Street Crown Court, Manchester, Johnson appeared before a judge where he was ordered to serve his rape sentence and was given a further six months for jumping bail. 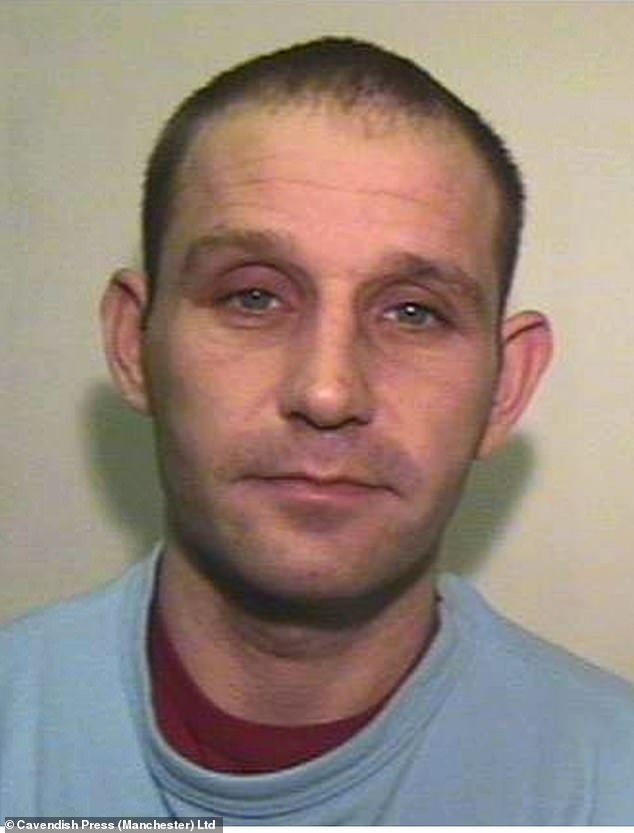 Gary Johnson, 49, fled the country on a false passport in 2006 after learning he would face a retrial for sexually assaulting a woman following a night out

The saga began Johnson was detained over an attack on a woman he met during a night out at JPs Place nightclub in Urmston in March 2004.

After dancing and kissing in the club, they both went back to a flat Johnson owned in the town.

There she lost consciousness and then half-awoke to find herself naked on the settee with Johnson raping her.

He claimed sexual activity had been initiated by the victim and he accused of her framing him in revenge over a prank in which someone cut off locks of her hair whilst she was asleep.

Whilst in prison in Manchester awaiting his first trial, Johnson wrote a letter to a friend asking for him to visit the victim and get her to sign a retraction statement.

The letter was intercepted by police and Johnson was charged with attempt to pervert the course of justice.

At his first trial in October 2005 he was convicted of perverting justice but jurors were unable to reach verdicts on charges of rape and attempted rape and he was granted bail on condition he surrender his passport.

In November a new trial was ordered for April 2006 but although Johnson was in the public gallery for the decision he disappeared in December 2005 using a false passport in the name of Sam Wells. He was later found guilty of the sex charges by a jury. 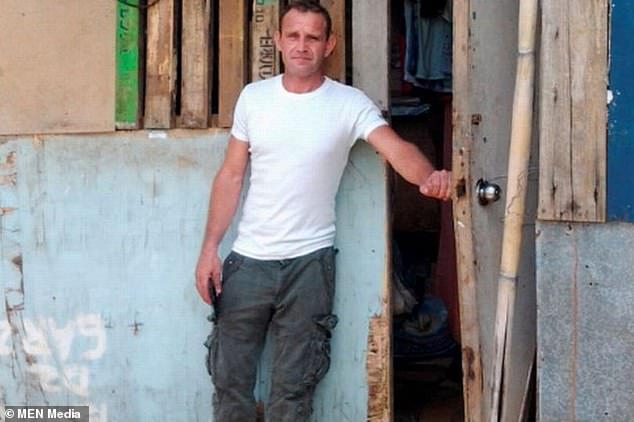 Gary Johnson, pictured in Manila in 2013, was found guilty in his absence and jailed for eight years but he stayed in Manila and fathered four children with a Filipino woman

As police branded him one of their ‘most wanted’ fugitives, Johnson claimed he travelled around the world by boat with fake travel documents before settling in Leyte island and then Manila.

In 2013 he contacted his local newspaper to say he was broke and wanted to hand himself in – but only on condition he had a second re-trial to ‘clear his name.’

He said: ‘I decided to leave the country because I could have gone to jail for something I never did. All I did was to commit the crime of leaving the country. It didn’t hurt anyone, what would you have done?’

‘I’m totally innocent. All I want is a retrial, that’s not too much to ask. I want justice to be done. The police are saying just come back and serve your time, but why would I do that when I’m innocent?’

But prosecutor Miss Eleanor Gleeson told the court: ‘This was a deliberate failure to surrender in an attempt to evade justice. The prosecution say this was a particularly serious breach because the delay had a significant impact. 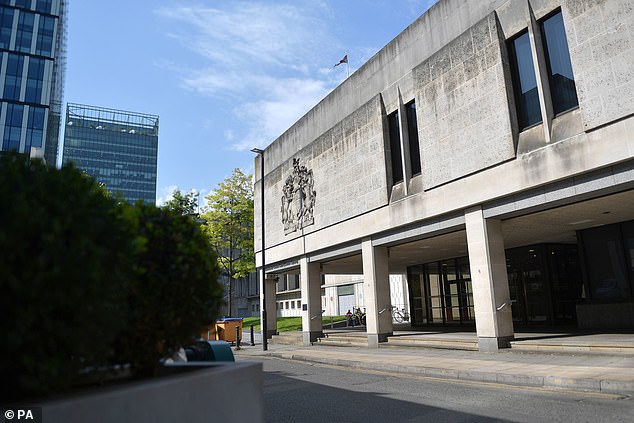 At Minshull Street Crown Court, Manchester, (pictured) Johnson appeared before a judge where he was ordered to serve his rape sentence and was given a further six months for jumping bail

Judge John Potter told him: ‘This offending was deliberately designed to frustrate the court, undermine the court and disrupt proceedings. You took deliberate steps to flee this jurisdiction by applying for a passport, breaching your bail and leaving.

‘There is not a shred of credit I can give you. You have not shown a shred of remorse and have not wanted to follow perfectly good and proper advice. Some would say your position is somewhat foolish.’

After the case Keith Graham, a retired detective constable who originally arrested Johnson in 2004 said: ‘I would first and foremost like to thank the victim of Johnson’s depraved actions for her bravery and strength throughout the initial trial.

‘I cannot begin to imagine the amount of injustice she must have felt as Johnson evaded his sentence by fleeing the country.

‘It is for her sake that we have persevered and remained determined in our efforts to return him back to the UK, ensuring he faces the consequences of his despicable actions. Johnson is a coward, who mistakenly thought he could break the law and evade the consequences, leaving his victim bereft of justice.’