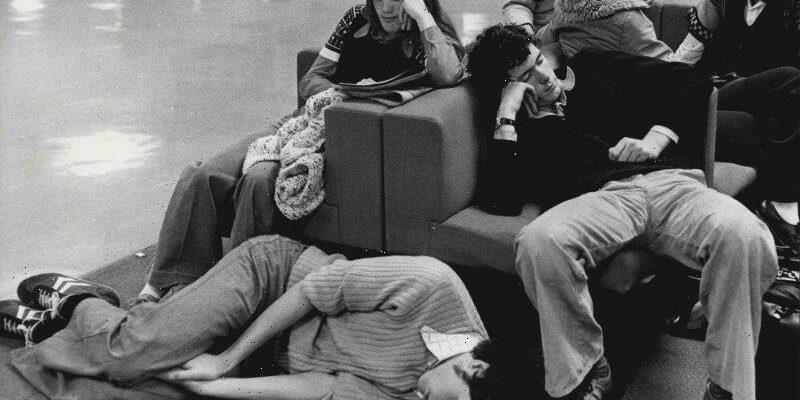 “We are stuck here without any money and we feel like the forgotten people.” 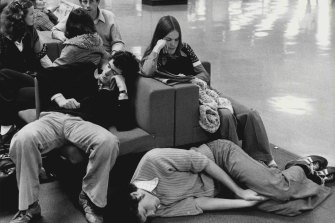 Those were the angry words yesterday of Mr Graeme le Bransky, who has been stuck in Hong Kong for the past four days.

“People who have run out of money have been forced to camp in the airport terminal because they have no money to pay for accommodation,” he said.

Mr le Branksy said more than 1500 Australians were stranded in Hong Kong by the strike.

“The Government has arranged for banks to lend money while we are stuck here but a lot of people don’t have the money to repay them,” he said. 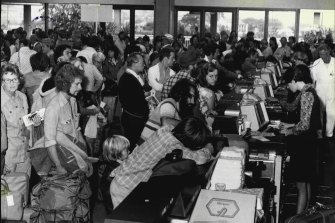 Crowds queue at airline counters for departures after the strike is finally lifted.Credit:Victor Colin Sumner

A spokesman for the Australian High Commission in Hong Kong said the commission had already lent $500 to people in severe financial difficulties.

Mr le Bransky said about a third of Australians stranded in Hong Kong “are in severe financial difficulties.”

The Australian High Commission in Singapore, were 1000 Australia-bound tourists are stranded, has begun handing out emergency funds to Australians in dire need of help.

But only six of the 70 people who turned up at the commission yesterday were allowed special assistance.

Each was given $40 Australian.

One Australian turned up at the commission with only 20 cents.

About 200 Australian were trapped in Manilla while reports from Bangkok said 250 passengers were stranded.

A spokesman for Malaysian Airlines said it was paying accommodation for 151 stranded passengers in Kuala Lumpur.

A group of 29 Sydney-bound Argentinian immigrants are stranded in Auckland without accommodation.

They flew into Auckland on a Pan Am flight but the airline stopped paying their bills yesterday.

An American woman who needs regular treatment after a cancer operation is trapped in Brisbane.

She is Mrs. Betty Shafor, 39, of Kansas City, who is staying with 25 American tourists stranded in Brisbane on a South Pacific tour.

“If my wife cannot have treatment I am afraid it might become serious,” Mr Shafor said.

Mrs. Shafor receives the treatment over a five-day period every six weeks.

The Shafors timed their holiday to arrive home in time to receive the medication.

“We won’t need it for another week, but we will have to get home,” he said.