Official estimates say 125,000 protesters took to the streets across France on Saturday, with 10,000 in Paris. 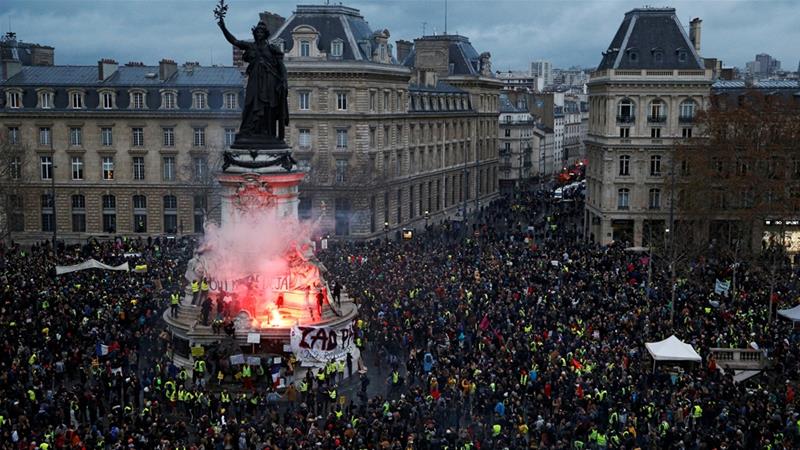 A huge clean up operation has been launched in Paris after France’s “yellow vest” movement took to the streets for the fourth week running.

Demonstrators clashed with riot police in the French capital on Saturday, setting fire to cars, burning barricades and smashing windows in pockets of violence, but a heavy security deployment prevented a repeat of last week’s destruction.

Even though the fuel tax rises that sparked the protests have been cancelled, official figures showed 125,000 protesters turned out across France on Saturday, slightly down from 136,000 last week.

Prime Minister Edouard Philippe said it was time for dialogue “to knit our national unity back together.”

“No tax is that important to threaten national unity. We must continue with dialogue, with coming together.”

French President Emmanuel Macron, who has not spoken publicly since last week’s violent scenes in the capital, would soon propose measures” to bring the French nation together,” the prime minister added.

French Interior Minister Christophe Castaner praised the police for containing much of the unrest, while Macron thanked the security forces for their work in a Tweet.

Translation: To all [the security] forces that mobilised today, thank you for the courage and the exceptional professionalism you showed.