Al Jazeera’s Investigative Unit has exposed close links between high ranking figures in France’s National Rally and a violent far-right movement that calls for the expulsion of Muslims from Europe.

A new documentary, broadcast on Sunday, shows senior National Rally politicians mingling with Generation Identity (GI) activists at a private bar that functions as the group’s headquarters in the city of Lille, and expressing support for GI’s anti-immigration policies.

In a secretly filmed conversation in March, Nicolas Crochet, Le Pen’s former accountant and key ally, told our undercover reporter that the National Rally would introduce “remigration” – a programme to send immigrants back to their countries of origin – if it came to power.

The revelations came in the second film of a two-part documentary called Generation Hate.

The first film, broadcast last week, shows a GI activist carrying out a racist attack on an Arab teenage girl. It also shows other activists admitting to a series of assaults on Arab and Muslims and making Nazi salutes.

GI is one of Europe’s fastest-growing and most prominent far-right movements.

The second film shows high-profile members of the National Rally, formerly known as the National Front, attending the GI’s bar, called the Citadelle, during the weekend of the party’s annual congress in Lille earlier this year.

The politicians included Christelle Lechevalier, a National Rally Member of the European Parliament (MEP), who was voted on to the party’s national committee at the congress.

“We fight for our identity, our culture,” she told our undercover reporter. “When you see Islam which is winning out against Christianity. No!”

Lechevalier said that most National Front politicians, and most of its leaders, held similar views as the GI. But they had to hide them from voters, she said.

“We need the greatest number of people to come to our side to obtain the highest vote, in order to win,” she said. “Then we can do what we want when we are in power.”

Asked why Le Pen didn’t want senior party members to mix with GI, the legislator said: “She doesn’t want us to show ourselves. She doesn’t want people to see us … She doesn’t want the media to take control of our image. That’s the only reason Marine isn’t personally against this. But in public, we need to be careful.”

Lechevalier said many National Rally politicians wanted to come to the Citadelle, “but wouldn’t dare because they are scared their photos will be taken and people will see them”. 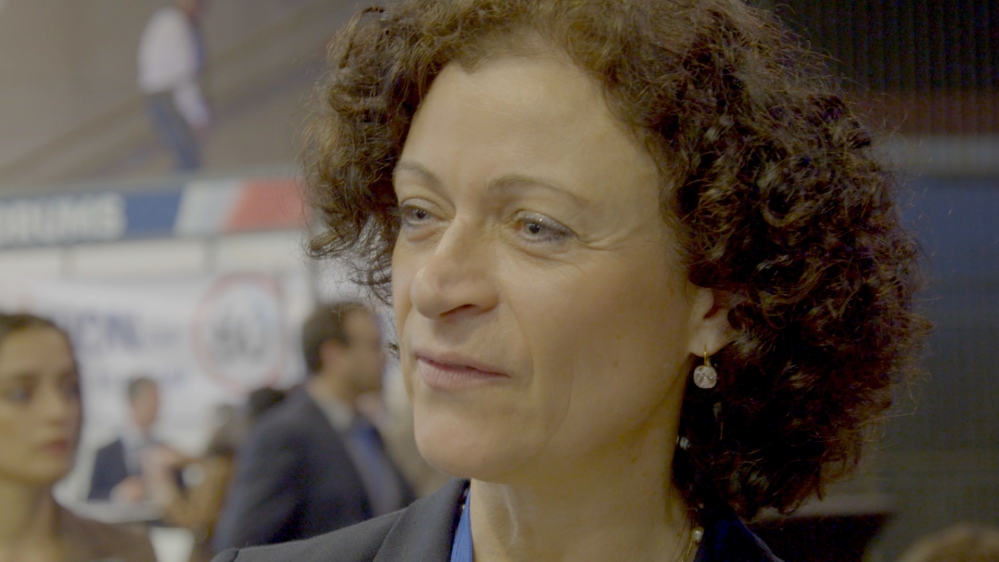 When Lechevalier was interviewed by Al Jazeera at the party congress, she denied any links between the National Rally and groups that promote violence.

“The small groups who claim to be on the far right will remain small. These days they are not allowed to join a political party because they promote too much violence,” she said.

Mathias Destal, a French journalist who investigates the country’s far right, said he was shocked by Lechevalier’s claim that many National Rally leaders “support the programme and ideas of Generation Identity”.

“But the second thing which is telling for me, is to see a National Front MEP, in an identity bar, surrounded by violent, openly racist activists,” he said.

Other prominent members seen at the Citadelle included Sylvie Goddyn, who was a National Rally MEP at the time. She has since left the party.

When our undercover reporter asked Goddyn if a prominent party figure should be seen at a GI bar, she replied: “We have the same objectives.”

Crochet echoed the same sentiment: “We don’t give a s**t. We are Identitarians. We don’t care. That’s just how we are.”

Following the broadcast of Generation Hate, the mayor of Lille called for the Citadelle to be closed down and the province’s public prosecutor launched an inquiry.