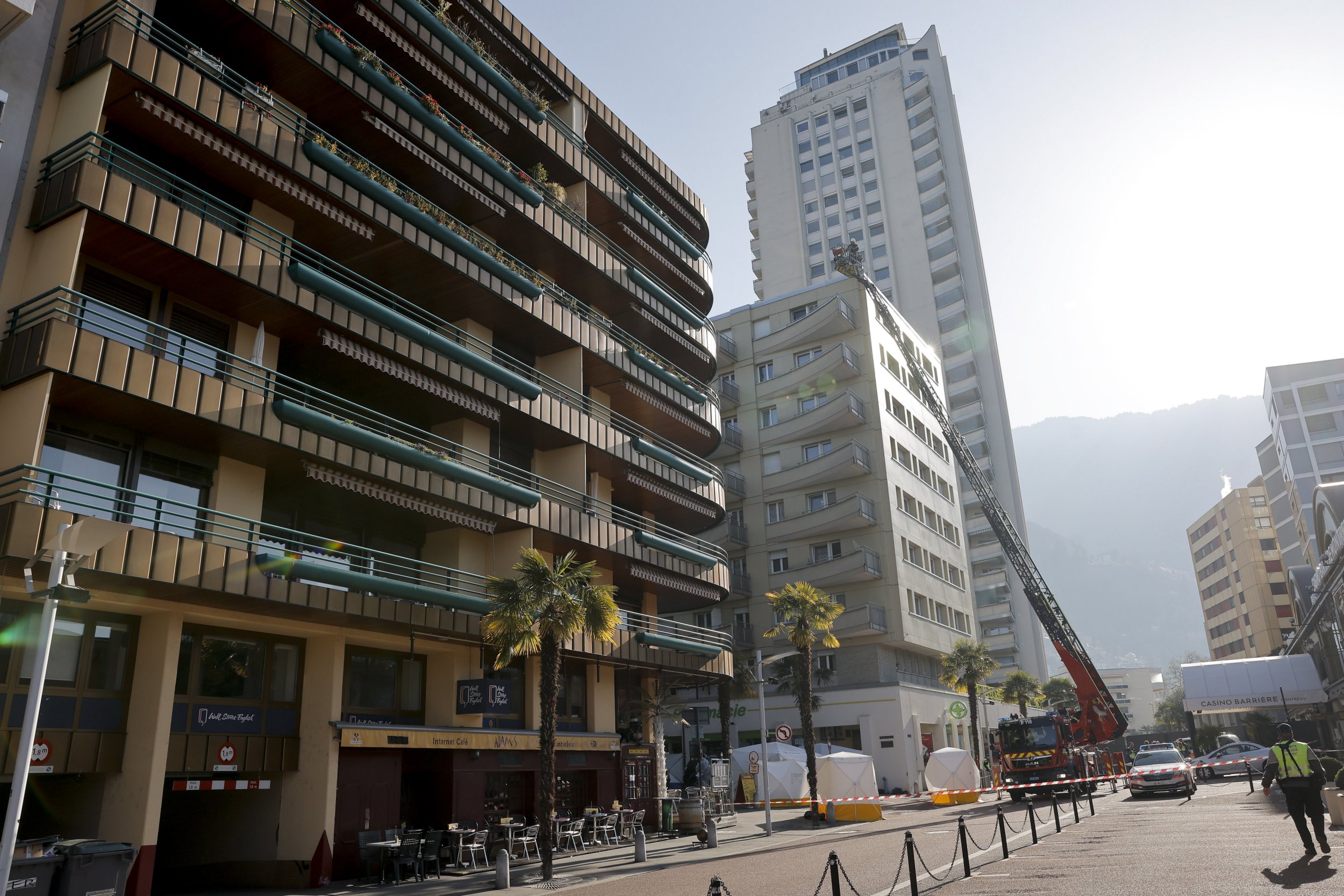 Four members of the same family, including an eight-year-old girl, have been found dead at the bottom of a seven-story building in Switzerland, police say.

A fifth person is in hospital in a serious condition amid unconfirmed suggestions that the quintet jumped from the building in Montreux.

In a statement, police identified those killed as a 40-year-old man, his 41-year-old wife, her twin sister and the couple’s 8-year-old daughter.

They said the couple’s 15-year-old son was seriously injured.

Police added that the victims were all French citizens and confirmed that officers had tried to execute a warrant in connection with the home-schooling of a child shortly before the incident.

French-language newspaper Le Temps had reported that neighbours said a family of five, including two teenagers and a grandmother, lived in an apartment in the building.

The paper quoted a neighbour, Claude Rouiller, as saying: ‘We didn’t hear anything from their home.’

Mr Bisenz added that an investigation is underway and that the group were found at about 7am on Thursday, outside a building near the city’s famed Casino Barriere.

Authorities said they have opened an investigation ‘to determine the exact circumstances and reasons for this tragedy’.

Police said: ‘The presence of another person in the apartment at the time of the facts could be excluded at this stage of the investigation.’

In their statement, police said two officers had knocked on the door of an apartment and identified themselves.

‘Unable to make contact with the possible occupants, they left the place,’ the force said.

‘In the meantime, a witness called the police to report that people had fallen from the balcony of an apartment.’

The lakeside city is best known as a tourist hotspot and in particular for its annual jazz festival.

Pictures showed a hearse arriving at the cordoned-off scene, as well as a large crane from a fire truck.

Police and emergency teams erected white tents, and forensics investigators were spotted on the top balcony of the building.