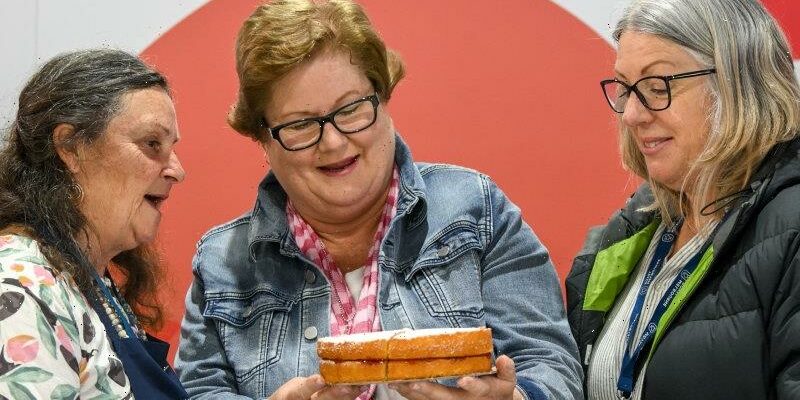 Anne-Marie Primmer once sampled 200 cakes in a day, so the seven Victoria sponges entered in this year’s Melbourne Royal Show were relatively easy going for the expert baking judge.

On stage at the Spotlight pavilion on Friday Primmer turned her attention to two entries, carefully cutting them and talking the small crowd through the merits of each. 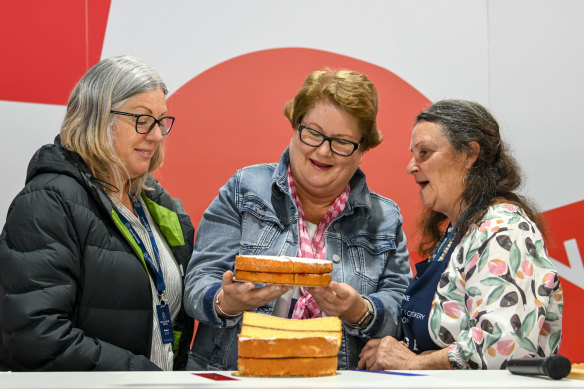 “There’s a lot of technical things that can go wrong,” Primmer said. “And because you’ve only got four or five ingredients there’s nowhere to hide and that can be tricky.”

Primmer’s finely tuned palate and encyclopaedic baking knowledge is in hot demand at agricultural shows around the state where she first started out as a competitor and then progressed to judging.

Last week she judged about 400 preserves at the Melbourne Royal including kimchi, mustard and pickles and then turned her attention to the baking section.

On stage Primmer closely examined each sponge before carefully slicing them in half to check how well cooked the sponges were in the centre. 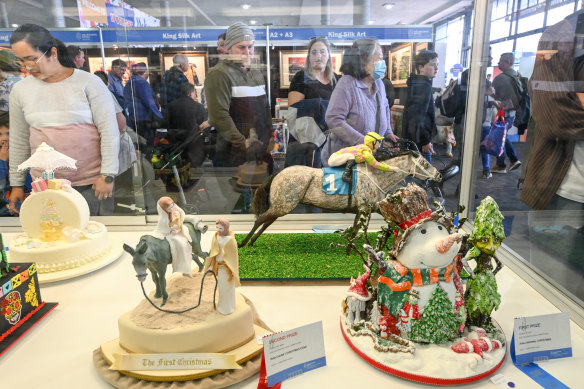 Some of the decorated cake entries at the Melbourne Royal Show. Credit:Eddie Jim

A classic Victoria sandwich, according to Primmer, is made with even quantities of eggs, butter, flour and sugar and then filled with jam but not cream.

“I want nice clean edges to the sponge, not cracked, it should be quite flat on the top,” she said. “Decorated with either, the classic for me is caster sugar, but some people put icing sugar on top. You want a nice, even texture and a good colour.”

Primmer cut a small triangle or “nick” out of the centre of each sponge which she slowly chewed after quickly dismissing the idea of spitting food out after tasting.

“Fortunately, it isn’t like the beer or wine tasting,” Primmer said. “You actually taste and swallow everything – you want to see if there’s an after flavour.”

In terms of flavour, Primmer said she was looking for the sponge not to dominate the jam filling.

Her verdict on the winning Victoria sandwich, baked by Sally Turnbull, was that it had a sunny yellow colour and light texture.

“It has a good feel in the mouth, it’s velvety in the mouth and it really entices you to go back for more,” Primmer said.

Turnbull was delighted with her victory, particularly as it was her first time making a Victoria sandwich sponge and she accidentally started the baking process with her oven at 120 degrees instead of 170 degrees. 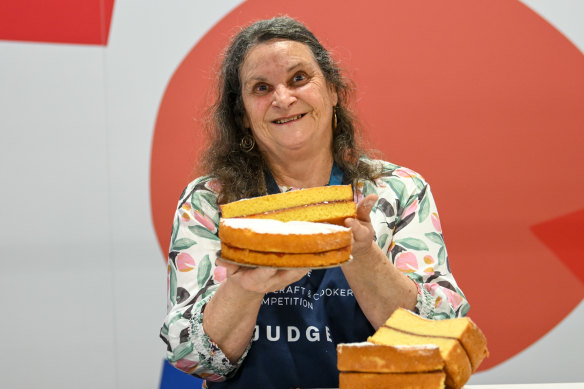 She said the live judging was “a bit scary” but the most nerve wracking part had been carrying her cake in on the train from her home in Gippsland.

Turnbull beat friend and neighbour Helen Jackson who was awarded a second place ribbon for her Victoria sandwich sponge.

Catherine Shelley, art, craft, cookery and event manager at the Melbourne Royal Show, said entries were down but she was confident they would rebound.

“Whilst we have seen some slightly reduced entry numbers, particularly with our junior entries, due to the coronavirus pandemic knock-on effects, we are so impressed with the quality and craftsmanship of our entries,” she said.

The reduced number of entries provided some relief for Primmer who felt she would be able to eat dinner after judging, a feat not possible on the day she sampled 200 cakes.