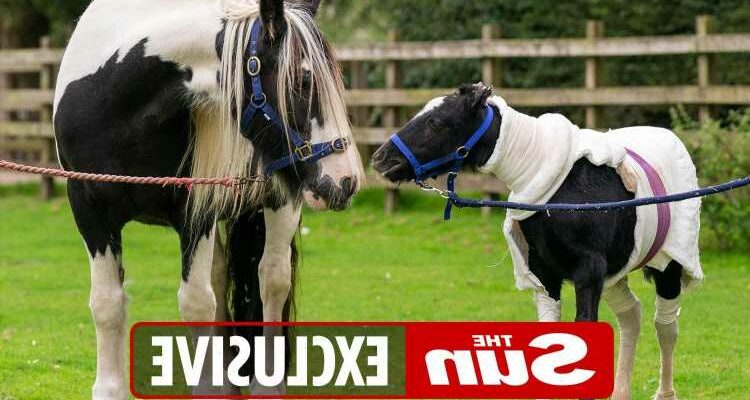 A FOAL which nearly died after being set on fire in an arson attack is on the mend and back out in a paddock — with his new foster mum.

Heavily-bandaged two-month-old Phoenix is getting to know Mildred as he recovers at an animal hospital from the horrific attack. 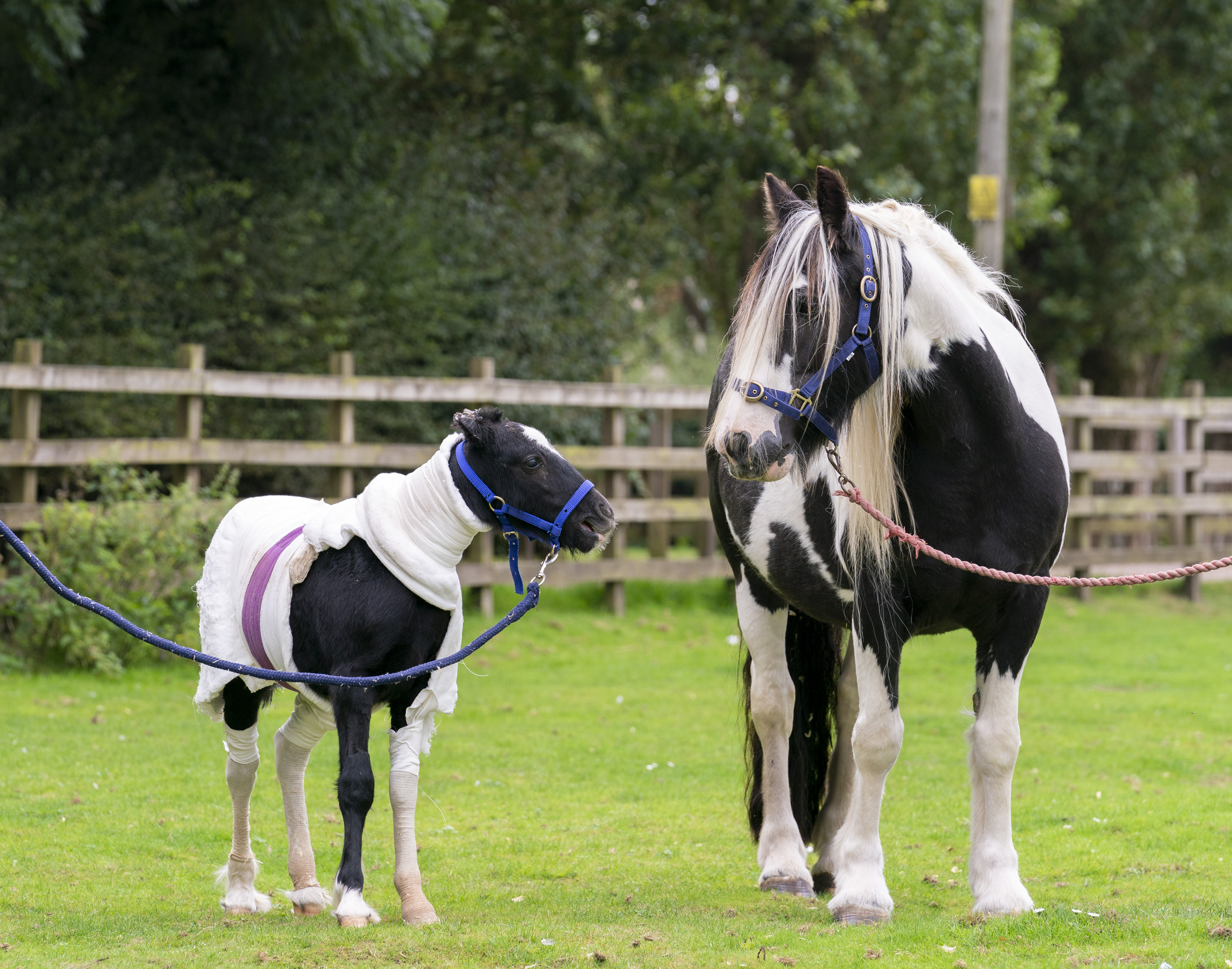 Vets have raised almost £17,000 to help him — with animal lovers donating gauze, gloves and milk powder after hearing about the foal’s appalling injuries.

Phoenix lost most of his hair and his mane when his stable was set on fire in Ash, near Sevenoaks in Kent, on August 3 — as The Sun revealed at the time.

He ran out on to a road where concerned members of the public found him and raised the alarm.

He was taken to nearby Lingfield Equine Vets and later transferred to Redwings Horse Hospital in Hapton, Norfolk, suffering with painful sores over much of his body.

He will need long-term care before he is completely back to normal.

Phoenix has been almost entirely wrapped in white bandages to prevent any of his burns from becoming infected while he gets better.

She told The Sun yesterday: “We’re still being very careful with who gets close to him to protect him as best as possible from infection.

“We’re going to be moving him to a small, secluded outdoor yard next to the hospital.

“We’re doing it because, what with all his bandages, he’s quite warm and could do with some cooler air. It also means Mildred, who we’re hoping will become his foster mum in time, has a bit more opportunity to bond with him, rather than through a stable wall.”

Nic de Brauwere, head of welfare at Redwings, said of the attack: “It’s heartbreaking that anyone would target any animal, but particularly such an innocent foal, with such a barbaric act of cruelty.

“Phoenix’s condition was very touch-and-go for a few days but he started to respond to treatment.

“Even if he pulled through his initial treatment, it was clear he would need to be somewhere that could provide long-term intensive care, as well as a new permanent home, so we were only too happy to help.”

Police are still hunting for the thugs who lit the fire but told The Sun there had been no significant developments. 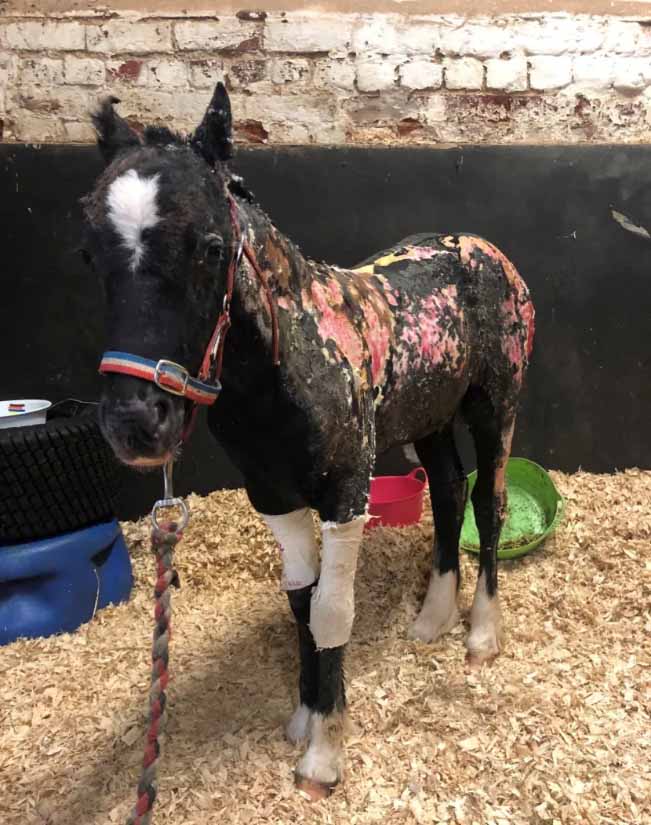 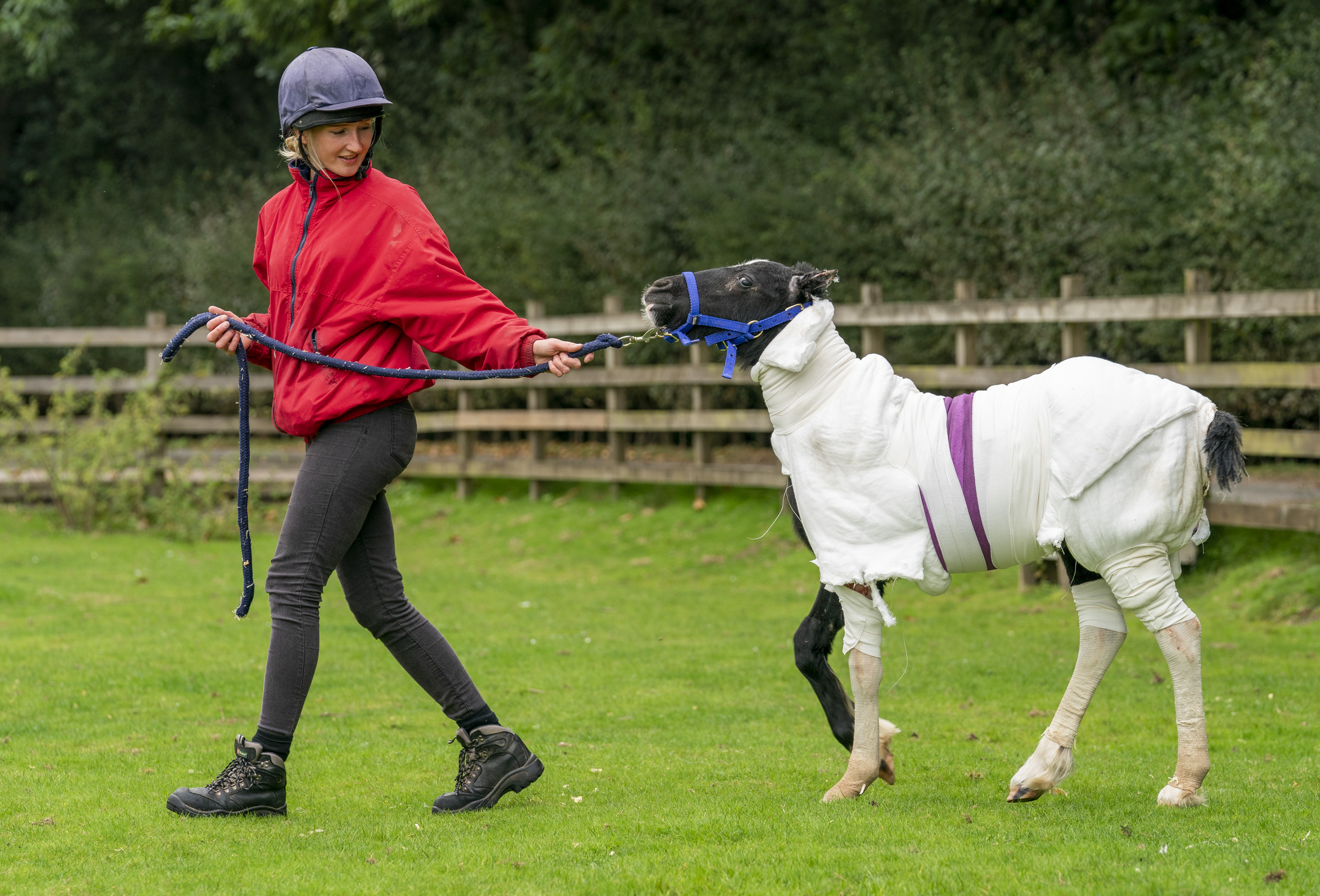