Two young girls whose bodies were found, hours apart, in a South Florida canal this week have been identified, according to authorities.

Their mother, Tinessa Hogan, 36, was being investigated as a possible person of interest in the deaths, Lauderhill police Lt. Mike Bigwood added.

Investigators were looking into all possible angles of what happened, including reports that the mother was spotted Monday in the water of the canal asking if she could baptize people. 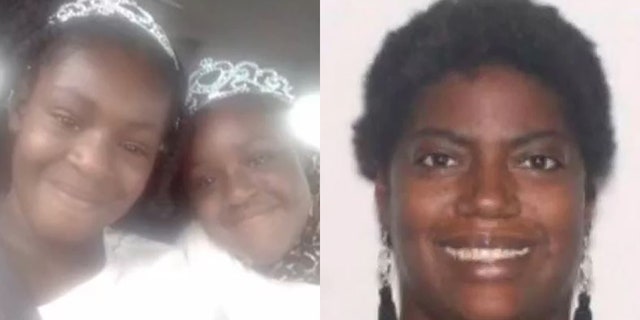 Police identified the two young girls found dead in a South Florida canal as Destiny, 9, and Daysha, 7, Hogan. Their mother, Tinessa Hogan, 36, was being investigated as a possible person of interest. (Lauderhill Police)

“I don’t know what her personal beliefs are. We have similar information … that she was in the canal, that she was offering to baptize people in the neighborhood. That is an angle that we’re exploring,” he said. “Again, we reach out to the community for information on that particular subject.”

Bigwood said the mother was contacted by police, but “she is not in the community right now and we’re not at liberty to say where she is.”

Authorities have yet to confirm whether the mother was being held under the state’s Baker Act and she was not currently under arrest, Bigwood added.

At first, authorities did not suspect foul play because the first girl showed no signs of trauma.

After the first body was found, detectives walked the length of the canal but did not find anything else, Lauderhill police Lt. Michael Santiago said. Then, at 8:45 p.m., police received a 911 call from someone who spotted the second child’s body.

The first child was wearing jean shorts and a gray shirt that had rainbow lettering of the word “Dance.” The second child was wearing a tan shirt and flowered pajama bottoms, police said, according to reports.

On Wednesday, Bigwood said police didn’t have any information about trauma “beyond what occurred in the water.”

He added that the family was from the area where the bodies were found.

The medical examiner will determine the girls’ cause of death, authorities said.

“At this point, I would classify it as two suspicious deaths,” Bigwood noted. “We are definitely treating it as if it was a criminal investigation, but we treat all suspicious deaths pretty much in the same manner.”