A major storm system moving through the central and southern U.S. delivered more than two dozen tornadoes, flooding and heavy snow throughout the weekend.

On Saturday, at least 22 tornadoes were reported in Illinois, and two were reported on Sunday in Georgia, which also saw almost a foot of rain over the weekend, leading to flooding. Parts of Florida saw 10 inches of rain from the same storm.

Parts of the Rockies and into the upper Midwest saw at least a foot of snow during that same period.

That system is moving through the East Coast this morning, with the Southeast again on the lookout for potential flooding as the Great Lakes and Northeast may see more snow. 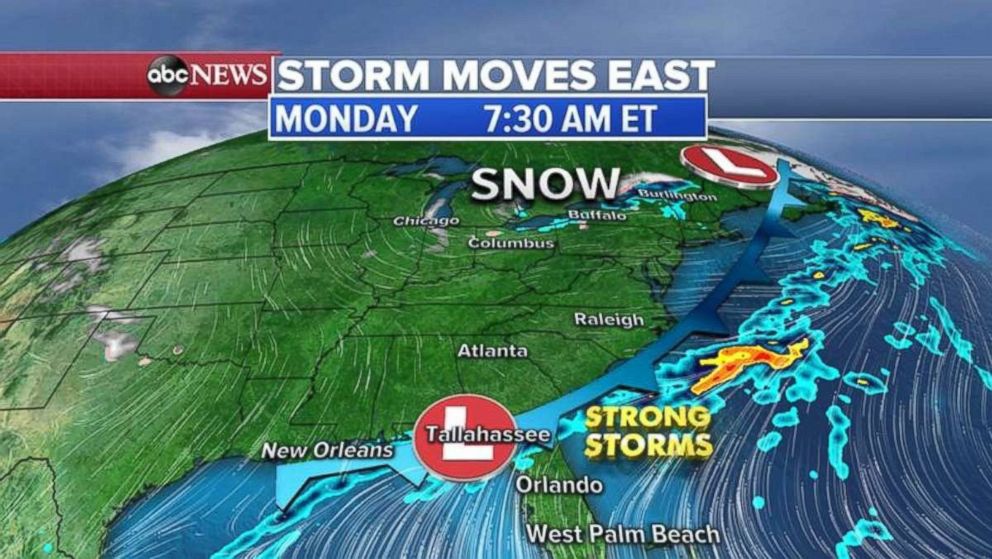 Flood watches already have been issued this morning in Florida and in Georgia. Later this afternoon, severe storms packing hail and tornadoes are expected in northern and central Florida.

Lake-effect snow is likely to continue behind that storm in the Northeast, including western New York and Pennsylvania. 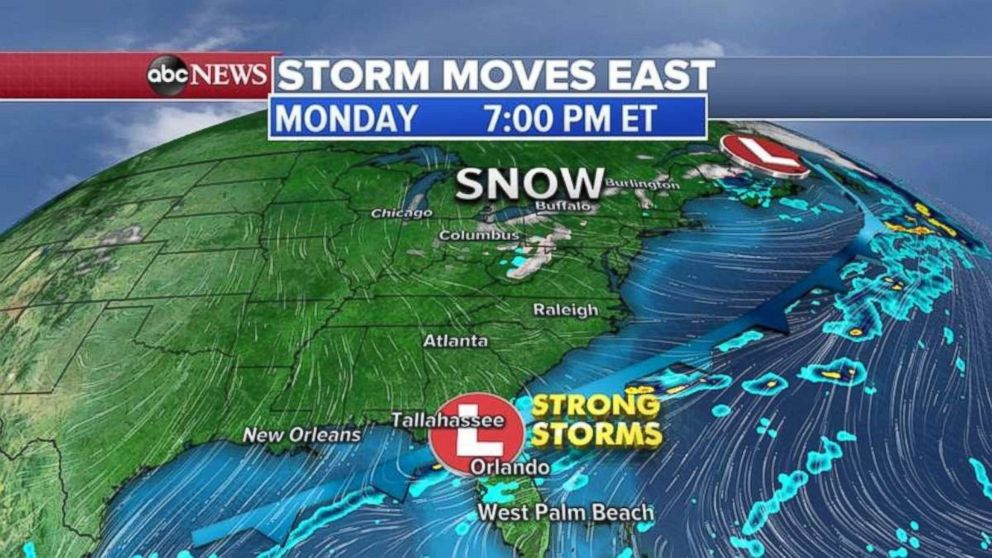 Another new storm is forecast to strike the West Coast on Tuesday and then head east with more rain and snow that could lead to flooding.

This storm first will hit the Bay Area before moving into southern California. Mudslides and flooding are possible. 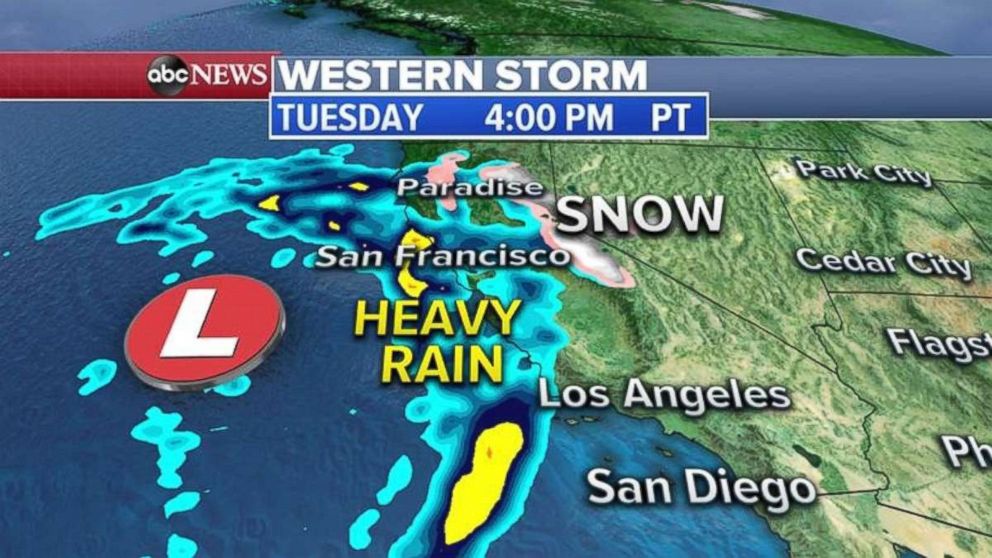 Parts of California may see more than 2 inches this week, while peaks in the Sierra Nevadas could see a foot of snow.