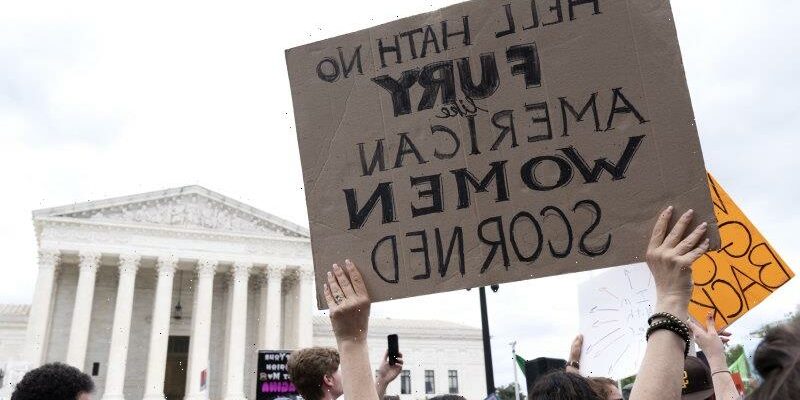 Washington: As Americans marked 100 days since the US Supreme Court struck down federal abortion rights, a women’s reproductive clinic in Kansas braced itself for another deluge of patients.

For months, Trust Women, an abortion provider in the city of Wichita, has been inundated with people seeking help to end a pregnancy – a trend exacerbated by trigger laws banning procedures in neighbouring Republican states such as Oklahoma and Texas. Today was no exception. 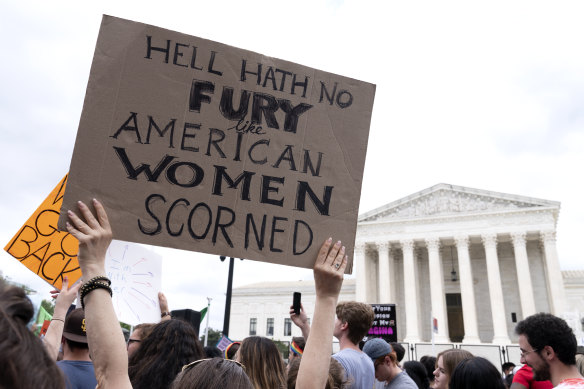 “We are receiving around 500 phone calls a day, but there are hours when there are about 100 to 130 phone calls in an hour. Clinic days have gone from two to four, and we’ve now got 16 or so doctors who are travelling in from all over the country to help us.

“Often we have to just say to patients: if you can’t get an appointment, please call back the next Monday and we’ll see if we can do it at that time.”

With five weeks until the midterm elections, women’s reproductive rights remain a contentious issue as the impact of the Supreme Court’s June 24 decision to overturn Roe V Wade continues to rock the nation’s social and political landscape.

In his latest effort to focus attention on the issue, US President Joe Biden today unveiled new guidance from the Department of Education requiring universities to protect students from discrimination on the basis of a pregnancy.

The move comes after the University of Idaho sent a memo to staff last month warning employees not to provide birth control pills, reproductive health services, or abortion referrals after the state initiated a near-total ban in August.

While there’s no doubt that abortion remains a hot-button issue, the big question is how much it will sway voters at the ballot box at the midterm elections in November, when control of Congress will be decided. 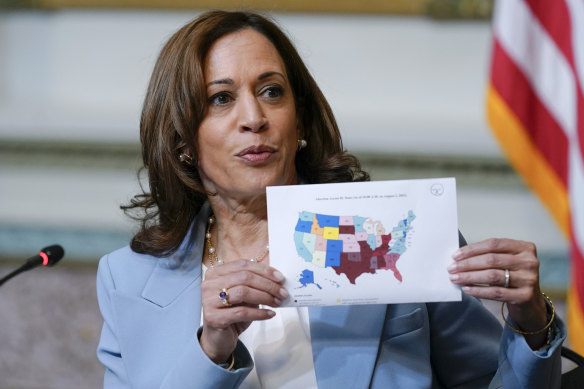 A Monmouth University poll released yesterday, for example, found that only 56 percent of Americans rated abortion an ‘extremely important’ or ‘very important’ issue for the federal government to address – just slightly ahead of racial inequality (53 per cent); gun control (51 per cent) and climate change (49 per cent).

The most pressing issue for voters, according to the poll, was inflation (82 per cent) followed by crime (72 per cent) – both of which are central to the Republicans’ messaging.

“A major problem for Democrats is their base messaging doesn’t hold as much appeal for independents as the GOP issue agenda does,” said Patrick Murray, the director of the Monmouth University Polling Institute.

“Even though truly persuadable independents are a rather small group these days, this small difference can have a major impact given the expectation that congressional control will hinge on a handful of very close contests.”

If ad expenditure is anything to go by, Democrats remain hopeful nevertheless.

According to data from media tracking firm AdImpact, the party and its allied super PACs had spent nearly $US18 million by the end of last month on more than 100 abortion-focused TV ads across dozens of battleground seats. 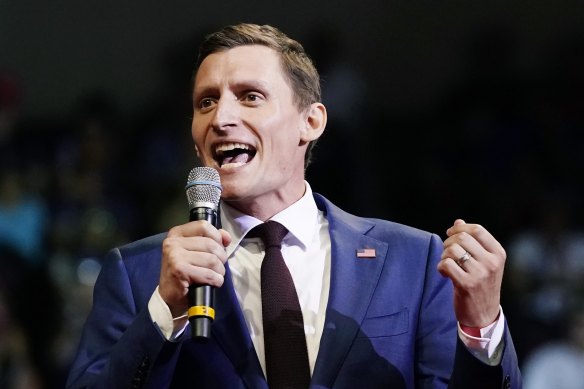 Blake Masters, a Republican candidate running for US Senate in Arizona.Credit:AP

Among them is Arizona, where Democratic groups have unleashed a series of attack ads targeting Republican Senate candidate Blake Masters, a 36-year-old venture capitalist backed by billionaire Peter Thiel and former US president Donald Trump.

One ad featured an army veteran named Hillary branding Masters as an extremist and un-American for declaring that there should be “absolutely no abortions” and for also suggesting: “You make it illegal and you punish the doctors”.

In Virginia, another fresh ad appeared this week, where incumbent Democrat Abigail Spanberger is locked in a competitive House race against Republican Yesli Vega, a former police officer who falsely claimed earlier this year that pregnancy from rape may be unlikely because “it’s not something that’s happening organically” and that the rapist is doing it “quickly.”

Democrats have seized on the bizarre comments through a new ad centred on a woman named Adelle, who says she was raped at the age of 17.

“That made me sick,” Adelle says of Vegas’ comments. “It’s irresponsible coming from a police officer who should have known better… The thought of Yesli Vega in Congress is terrifying.”

And in Georgia, abortion is also a political flashpoint, with incumbent Senator Raphael Warnock in a tight race against his Trump-back opponent Hershel Walker, a former NFL running back whose campaign has been plagued by gaffes and questions about his past – including allegations of domestic violence.

Walker says he does not accept any exceptions to abortion, making him an easy target for Warnock’s attack ads.

But the Republican candidate’s pro-life stance came back to haunt him this week when reports emerged that he paid for an ex-girlfriend’s abortion in 2009. The woman, who was not identified, reportedly provided The Daily Beast with a copy of a receipt for the procedure, a get-well card signed by Walker and an image of a $700 cheque signed by the former footballer.

In a statement on Twitter on Monday night, Walker called the claim a “flat out lie” and vowed to sue the publication, while national Republicans – including Trump – rallied to support him.

But as the politics of abortion play out, the impact of the Supreme Court’s decision on women continues to linger.

According to the latest figures from the Centre for Reproductive Justice, nearly 80 million people in the US have lost access to abortion across thirteen states since Roe was overturned, from Mississippi and Louisiana, to South Dakota and Tennessee.

At least 50 clinics have shut down, and those that remain open are inundated with patients – some of whom are now waiting up to three weeks for a procedure.

And meanwhile, back at the White House, Biden and Vice President Kamala Harris met with doctors today who told them of the chilling effect America’s new “health crisis” was having on their profession: from being forced to delay treatment or turn away patients, to living in fear that they were breaking the law due to new bans in their respective states.

Biden listened and once again promised to codify abortion protections into law if the Democrats won the uphill battle they now confront: winning the midterms on November 8, and in turn, control of the US Congress.

“The only way it’s going to happen is if the American people make it happen,” he conceded.