A Zambian firm has suspended production of an energy drink after a consumer in Uganda complained of a prolonged erection, with tests suggesting it contained the active ingredient of Viagra.

SX Energy Natural Power drink, produced by Revin Zambia, is exported around the region including to Uganda, where the consumer also complained of profuse sweating. 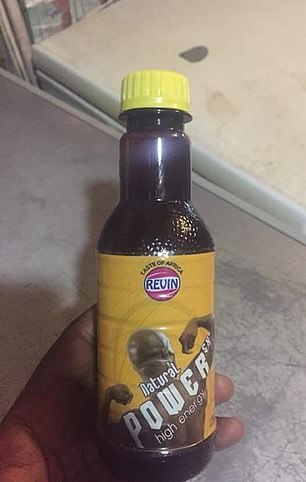 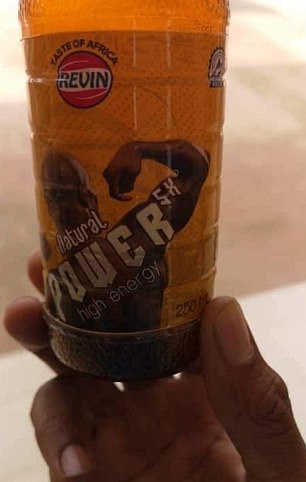 ‘We have allowed the government or any of its agencies to conduct their own investigations as well, but as far as we know, the drink does not contain any drug,’ he told AFP.

He said his company, based in the city of Ndola north of the Zambian capital Lusaka, has made the energy drink since last year.

The Pharmaceutical Society of Zambia (PSZ) said tests shared by the Uganda National Drug Authority had revealed the presence of sildenafil citrate – a drug used to treat erectile dysfunction and dispensed under the brand name Viagra. 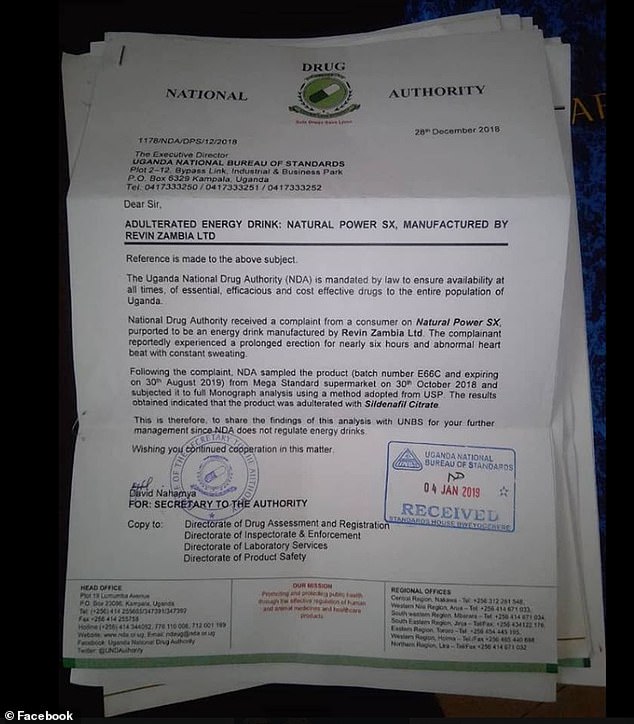 The PSZ said the label claims that the drink ‘contains natural extracts of ginger and tongkat ali, a well-known aphrodisiac, and testosterone booster as the main ingredients’.

It called on Zambians to avoid the drink.

‘We received notification from (the Ugandan) National Drug Authority that the energy drink was adulterated and our teams are impounding it,’ Uganda’s bureau of standards spokesman Godwin Muhwezi told AFP.