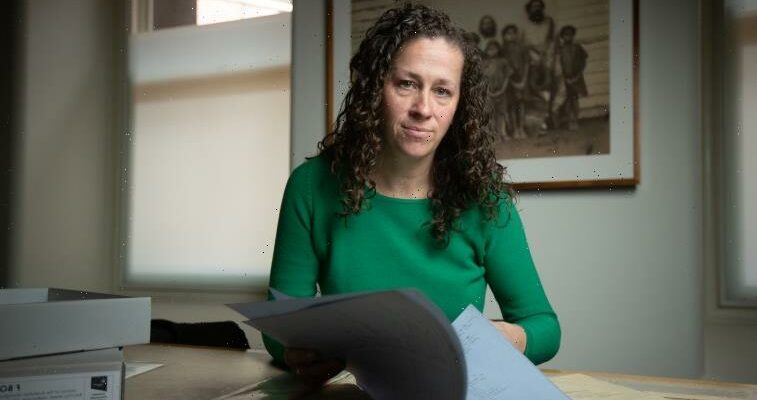 Wurundjeri woman Brooke Wandin grew up in Healesville in the 1980s and 1990s, knowing very little of her mob’s Woiwurrung language.

From the 1860s, European colonisers moved her ancestors on to missions and forbade them from speaking their own tongue. And so, knowledge of it quickly fell away. 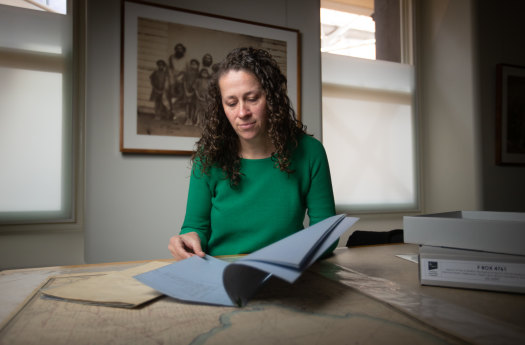 It was only in 2017 when Wandin started teaching Aboriginal culture at Healesville Primary School, east of Melbourne, that she started to learn Woiwurrung from a teaching kit as the children learned.

It ignited her passion for “putting back together” the Woiwurrung language. Wandin started a project called wurrung baggunga ba yiaga, which means ‘gather and find language’. 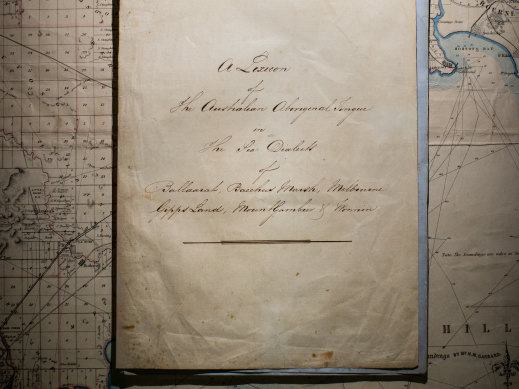 The cover of William Thomas’s 1862 ‘A Lexicon of the Australian Aboriginal Tongue’ from the State Library of Victoria.Credit:Simon Schluter

The database she is building now includes more than 1000 Woiwurrung words.

Wandin is over halfway into a year-long Indigenous Victorian Aboriginal Cultural Heritage Research Fellowship which gives her access to an office at the State Library of Victoria and to its collections.

The records she has pored over – including the compilation of words A Lexicon of the Australian Aboriginal Tongue, compiled by Aboriginal “protector” William Thomas in 1862 – encourage her that the language is there for her to find.

Her dreams now include creating a map containing place names and stories, and also a Woiwurrung dictionary. 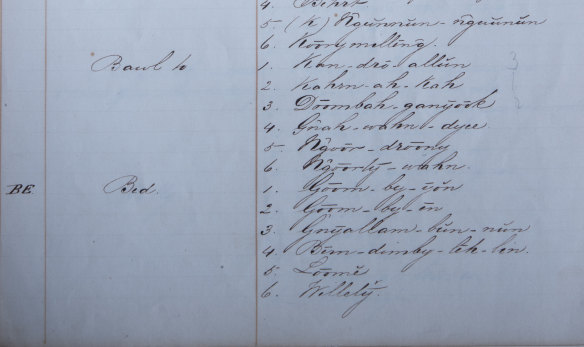 She feels half-detective, half-linguist, and likens her mission to building a jigsaw puzzle in which some pieces are missing and must be found. But she is willing to do the work.

“All Victorian Indigenous languages are endangered. If someone doesn’t do the heavy work, our languages won’t be spoken again,” she said.

“I feel like my language deserves to be treated like a newborn baby, to be protected and nurtured, and for the first time in my life I feel like it’s really do-able, to put it back together.”

A major step was finding, in an Aboriginal archive, audio tape of a linguist’s 1963 and 1964 interviews with three Wurundjeri elders – Wandin’s great uncle Frank Wandin and great aunts Mary and Ellen. 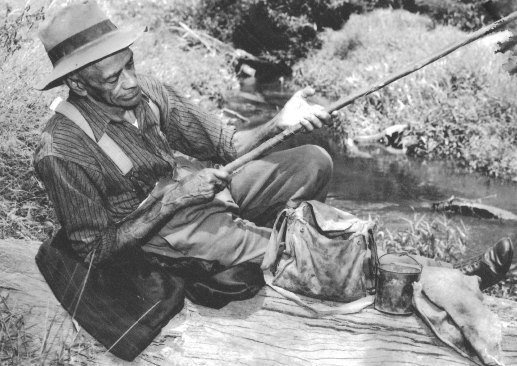 The trio grew up on Coranderrk Aboriginal reserve, east of Melbourne, in the late 1800s and early 1900s when the language of their elders, including William Barak, was suppressed. But in the 1960s interviews, they recalled about 100 words, such as terms for “foot” and “possum”, that they had picked up as children.

Wandin says the tapes are a precious legacy.

“Not only am I able to piece back together something that was so violently taken from my ancestors, it’s also for my children,” she said.

She is proud that next year, her granddaughter Addison, 5, will be the first child in the family to learn Woiwurrung at school.

Wandin is teaching Woiwurrung to her father, Wurundjeri man Allan, 68, and he is supportive of her database project.

Woiwurrung was traditionally spoken in an area stretching from near Werribee in the west to the Great Dividing Range in the north, and from today’s Melbourne CBD to Mount Baw Baw in the east.

Many Woiwurrung words are today’s Victorian place names, such as the council Banyule (or banhul) meaning “hill’ and Boroondara meaning “dark” or “in the shade”.

Wandin called on other Aboriginal people to apply for next year’s round of the State Library’s Aboriginal research fellowships which close on September 16.

Before embarking on her own project she had the misapprehension that such fellowships were only available to academics.

“All you really need is a project and some passion and energy, and off you go,” she said.