A legal fight has erupted over the $52 million estate of a Melbourne businessman who was convicted over his involvement in one of the largest illicit tobacco smuggling operations in Australian history.

At stake is a $6.5 million Gold Coast penthouse, a property in Romania, $9 million in cash, $700,000 in jewellery and trust funds and assets in Australia, Lebanon and Dubai that are potentially worth tens of millions of dollars more. 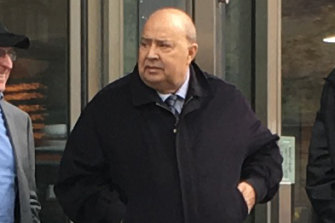 Nabil Grege, who died in April after a long illness, made a fortune from selling nuts and another in property development before bizarrely turning his hand to tobacco smuggling in the later years of his life.

In October 2018, when he was 65, Grege was convicted and sentenced to four years in prison with a minimum of 18 months for orchestrating a plan to illegally import 18 million cigarettes and avoid paying $6.2 million in tax.

The comically bungled 2013 scheme saw police recover incriminating documents that had been tossed in a food court rubbish bin, as well as Grege’s associates collecting the wrong shipping container from the port and the drop-off driver leaving the rendezvous with the only set of keys to the delivery truck.

Wiretaps revealed Grege’s penchant for extremely colourful language when things went wrong, including lambasting associates as the “brother of a slut” or a “donkey”.

It was part of a wider syndicate that at the time was the largest tobacco smuggling operation in Australian history, worth $67 million.

Grege, who was a well-respected businessman in Melbourne’s property development scene and Lebanese community, has always denied any involvement in the illicit importation which he claimed was supposed to be biscuits, refrigerators, Chinese-made erectile dysfunction pills or batteries.

Grege’s previously “exemplary life” and poor health due to heart problems saw the County Court set a short non-parole period. He was eligible for release in late 2019 and passed away in April 2020.

But his death has now sparked a row over the distribution of his allegedly extensive estate, pitting his widow Roula – and her 11-year-old son Jones – against Grege’s four adult children from an earlier marriage and another son from an extramarital affair. 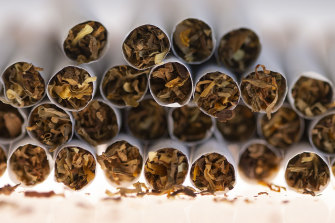 Ms Grege initiated legal action in the Supreme Court of Victoria in early December when Grege’s will was not sent for probate eight months after his death despite repeated requests.

The lawsuit also demands the four children from his previous marriage – James, Wadad, Kathrene and Candice – be removed as executors and trustees in favour of an “independent administrator”.

Ms Grege and her son are seeking access to one of five trusts set up for each child from her husband's two marriages as directed by the will, according to an affidavit filed by her lawyer.

“She and her son Jones (a minor) are in a situation of grave need which is compounded by the severe unstable financial, economic and political situation in Lebanon,” the affidavit said. 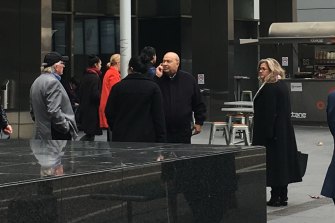 It remains unclear how much money each of the children qualify for. However, Ms Grege’s solicitor estimates the estate’s assets are worth at least $52 million, including $9 million in cash.

This figure does not include the value of a property in Romania, two cars, bank accounts in Dubai and Lebanon, business interests in Lebanon or shares in companies related to the trusts.

Other terms of the will state each of his male children are entitled to receive his personal collectibles and watches through a random “lottery”, as well as leaving $500,000 to another son conceived during an extramarital relationship.

The court action has also been flagged by that son, Spencer Csapo Grege, who is seeking access to the $500,000 as well as potentially challenging the size of his allocated share.

“I am in an impecunious situation…I believe that having regard to my circumstances the deceased failed to make adequate provision for me and it is my intention to bring an application for further provision from the estate of the deceased,” he wrote in an affidavit.

Lawyers for all the parties did not respond to a request for comment. James Grege declined to comment when contacted by The Age.

Court records show an application to probate the will was granted on December 23 but the Supreme Court proceeding is still listed as underway.