Hamilton: The fiancee of an Australian tourist murdered near Raglan in New Zealand in 2016 has confronted the killer in court, saying she wasn’t even given a moment “to sit with my love” after the shooting.

He had also admitted threatening to kill Bianca Buckley, who saw her fiance shot in front of her in the early hours of the morning at Te Toto Gorge carpark. 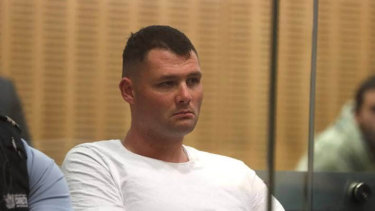 Buckley spoke directly to Garson when she read her victim impact statement at his sentencing at the High Court in Hamilton on Wednesday morning.

“I didn't get a single moment to sit with my love," she said.

That winter’s morning, Garson had circled their campervan, knocking, demanding the keys. 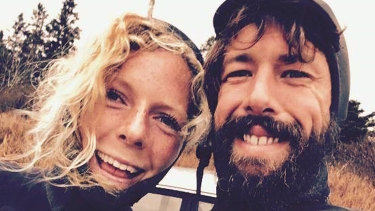 Bianca Buckley and Sean McKinnon were on holidays on NZ’s North Island when he was confronted with an armed man demanding his keys.Credit:Facebook

McKinnon – who was described by his family as a man who would help anybody – was looking for the keys when Garson fired into the vehicle.

The shot hit McKinnon in the abdomen and, not long after, a second shot struck his head.

Garson then threatened Buckley. She gave him the keys and begged to have a moment with her fiance.

Instead, Garson said: “No, I’ll take care of him”, and shut the door between them before driving away, Buckley said. 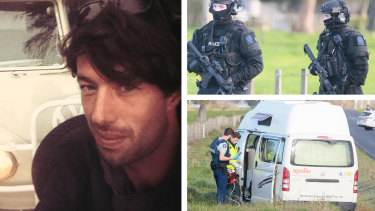 Sean McKinnon was killed in the campervan he and his fiance Bianca Buckley were travelling in.Credit:Mark Taylor/Facebook

He’d ripped away her future, she said, as the pair were planning to buy some land, build a house, and had talked about having kids.

As a midwife, she brings life into the world, but she sometimes feels sad holding newborns and thinking McKinnon will never have children of his own.

On the night McKinnon was killed, she first hid, then sought help at a farmhouse.

McKinnon’s body was later found about 70 kilometres away, in the abandoned campervan near Hamilton.

Several members of McKinnon's family were in court, and other family and friends watched the proceedings from Australia, vie an audiovisual link.

The man who supplied the gun used in the shooting, Roderick James Finlayson, was in July sentenced to six months’ community detention.

He had pleaded guilty to unlawful possession of a firearm and ammunition.

According to the summary of facts read during Finlayson's sentencing, Garson first contacted Finlayson, who has a firearms licence, about buying a firearm in March 2019.

The pair eventually agreed in August 2019 that Finlayson would buy the firearm in exchange for $NZ400 ($379), and Garson drove him to the shop.

The Crown acknowledged during that sentencing that Finlayson had no inkling of what the firearm would be used for, and never received the $NZ400.

Garson's sentencing is under way at the High Court in Hamilton before Justice Christine Gordon.