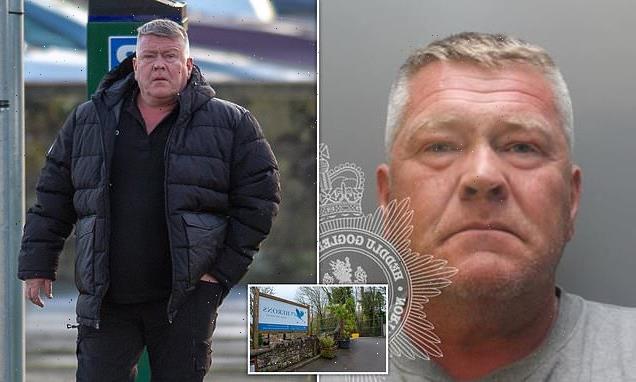 Fetish fan, 52, is jailed for six years for killing lover, 38, after dozing off during drug-fuelled bondage session leaving her to suffocate on sock in her mouth while tied to bed in Welsh holiday park

A businessman was today jailed for six years over the death of his partner of five years following a drug and drink-fuelled bondage session at a holiday resort.

Warren Martin Coulton, 52, of Baildon, West Yorkshire, tied up Claire Wright, 38, during a bondage game at a luxury lodge near Caerwys in Flintshire, North Wales.

He fell asleep while she was still restrained at the Herons Lake Retreat and she suffocated to death. Coulton found her dead when he woke up but fled the scene.

Mold Crown Court heard Coulton, who was an operations manager at a window and office cleaning business, had put a pink sock in her mouth and may have taped it up.

Ms Wright’s body was found in a bed by staff at the retreat on July 16, 2018 – and it was later determined that the mother-of-two had died from asphyxia.

Her 15-year-old daughter told the court how she had expected to outlive her ‘bubbly’ mother, adding: ‘My childhood has been ruined forever.’

The prosecution said Coulton committed a breach of his duty of care towards his partner which was so ‘exceptionally bad’ that it deserved a ‘criminal sanction’.

She said Coulton was the ‘dominant’ partner. Today, a jury found Coulton guilty of the manslaughter by gross negligence of Ms Wright.

The jury of seven men and five women took less than two hours to return their verdict following a trial which lasted seven days.

Relatives in the first floor public gallery gave fist pumps of satisfaction when the jury foreman delivered their decision.

The judge noted that while there was a sock inside the victim’s mouth during the fatal incident, there was doubt over whether her mouth had been taped up.

‘Either way, you were negligent and grossly so,’ he added. ‘It was your choice to drink to excess and take drugs. You did not have to do these things (but they have had) disastrous consequences.

The judge also said Coulton was aware that there was a risk of him falling asleep after drinking while the victim was tied up during the bondage session, but he took that risk anyway.

Adam Kane QC, defending, noted that the partners were engaged in a consensual activity when the mortal offence occurred. 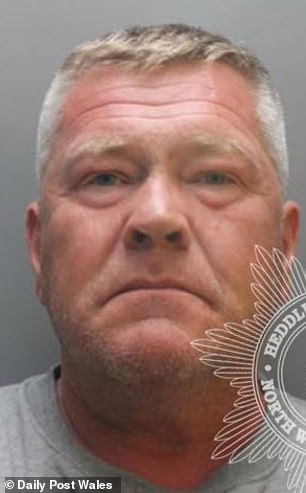 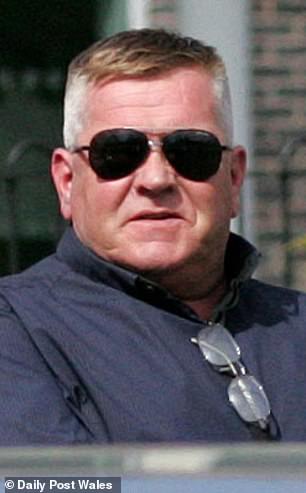 He added: ‘There’s no doubt these tragic circumstances were not desired and the outcome not sought by this defendant.’

Coulton denied that he had rammed the pink sock in her mouth and taped it in, and maintained her hands were tied loosely behind her back.

He was said to have first got into bondage in his 20s and enjoyed partners being gagged and women struggling, if it were consensual.

After sentencing, the judge thanked the jurors following the seven-day trial. He told them: ‘Serving on a jury is a very important public function.

‘You may think, as I think, that serving on a jury in a case of this seriousness makes it an even more important function. So I thank you on behalf of the system for having done what you have done.’ 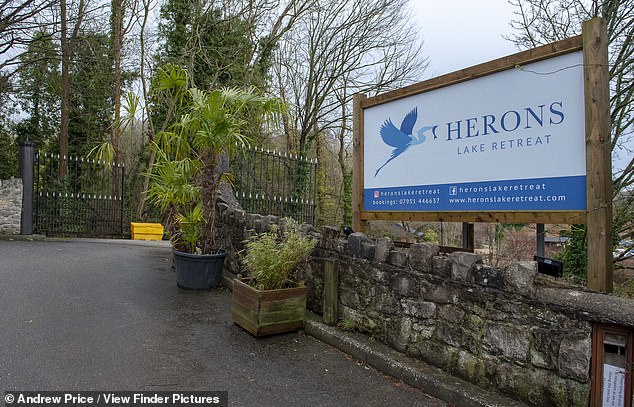 The couple were staying at the Herons Lake Retreat near Caerwys in Flintshire, North Wales

Detective Constable Lee Harshey-Jones said: ‘This was a tragic and needless death of a woman described by her friends and family as being a loving and caring mother

‘Coulton had a responsibility to look after Claire’s welfare and he failed to do so with tragic consequences. It was Coulton’s failure and lack of care towards Claire which ultimately led to her untimely death.

‘Today the court has recognised this failure, and he has been sentenced having been found guilty of manslaughter with gross negligence. I would like to take this opportunity to express my sincere condolences to the family and friends of Claire.

‘Incidents of this nature are very rare in north Wales. Today’s verdict demonstrates that we will leave no stone unturned in bringing the perpetrators of such crimes to justice.’