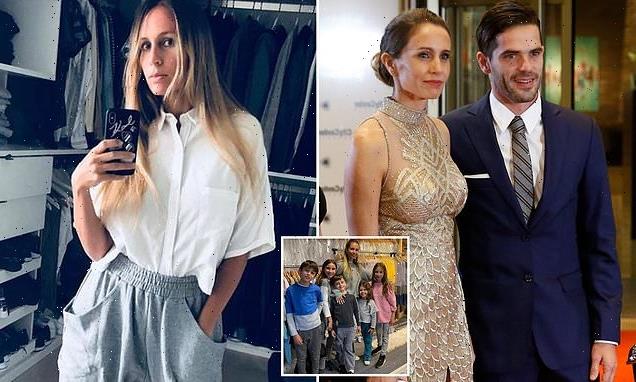 Ex-Real Madrid footballer Fernando Gago has reportedly separated from wife Gisela Dulko after rumours began circulating of his affair with her best friend.

It was claimed on an Argentinian TV show that Gago, 35 and who played for Real between 2007 and 2011, had been caught in bed with Gisela’s friend at their marital home in Buenos Aires, Argentina. 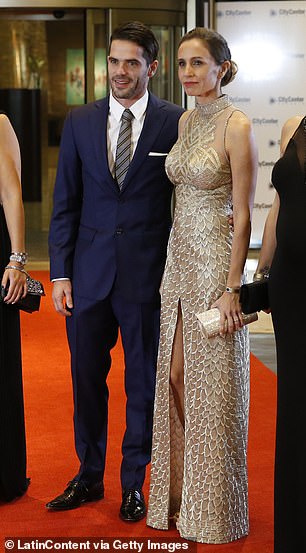 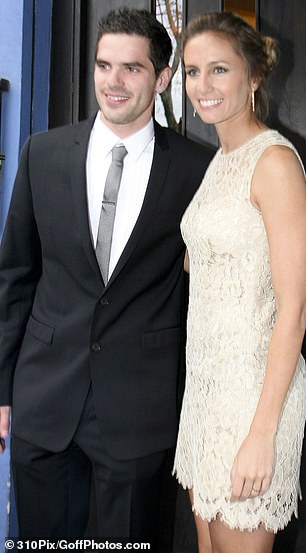 Fernando Gago and Gisela Dulko, who have been married for 10 years, are thought to have separated after rumours began circulating that he had an affair

It is not clear from her account exactly how long the affair had been going on, or when exactly it was discovered.

Fernandez further alleged that Veronica is a married dance instructor who lives in the same area of the Argentinian capital as Fernando and Gisela, and has a daughter.

Veronica knows Gisela through a group of mothers whose children attend a local school, Fernandez continued.

According to Fernandez, rumours of the alleged affair began circulating at the school – prompting Gisela to move the children to another school, three miles away.

Afterwards, more rumours began circulating that the couple had separated.

‘It is confirmed that, from Gisela, the conversations began to initiate the divorce, it is not that there is going to be a reconciliation,’ Fernandez told viewers.

‘There may be, you never know, but Gisela’s position is not that. She is destroyed, she is having a very bad time. He moved out of his house.’

‘The worst of all is that they were very close friends with each other and the families.

‘They met two years ago and went everywhere together: Gisela, Gago, this woman Verónica and Martín, her husband. He is a lawyer, and is also destroyed by this.’

Neither Fernando or Gisela have commented on the rumours. The story has been widely reported in the couple’s native Argentina.

The pair met at the Madrid Masters tennis series in 2009, where Gisela was playing and Fernando went to watch her.

He subsequently got in touch with her by asking a tennis-player friend for her number, and the pair dated until 2011 when they married.

In November the following year Gisela announced her retirement from tennis, aged 27, and in 2013 gave birth to the couple’s first child.

Fernando – a defensive midfielder in his playing days – left Real the same year he married Gisela and went on loan to Roma, before stints at Valencia, Boca Juniors and Vélez Sarsfield.

He also played for the Argentinian national team and was in the squad for the 2014 World Cup in Brazil. 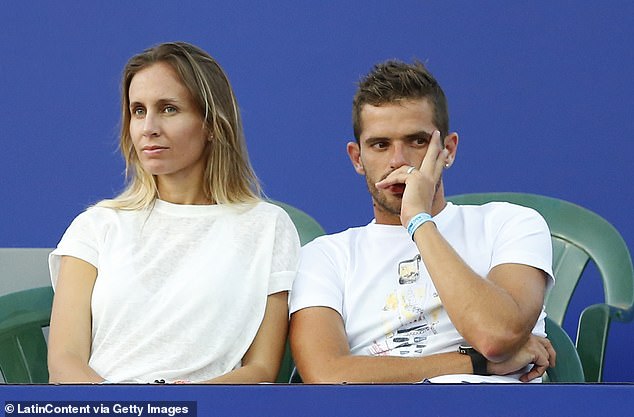 Dulko and Gago (pictured together at the Argentina Open in 2015) first met after he came to see her play in 2009, and were married in 2011 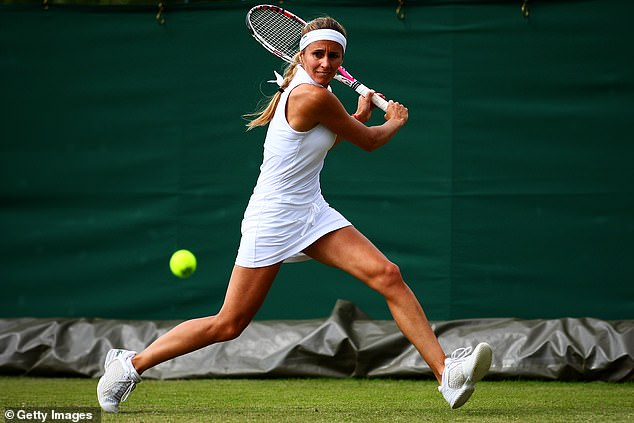 Dulko was a renowned doubles champion who once held the world No.1 ranking, while Gago played for Real Madrid from 2007 to 2011 and the Argentinian national team

But a series of injuries – including a horror knee ligament injury during qualifying for the 2018 World Cup – forced him to retire from professional football last year.

He went straight on to manage top-league Argentinian side Aldosivi, but recently resigned after six straight defeats.

Argentinian newspapers are now reporting that his decision to quit Aldosivi was partially motivated by the break-down of his marriage.

Gisela was a renowned doubles tennis player, winning 17 WTA titles and achieving the rank of world No.1.

In same-sex doubles she won the Australian Open in 2011 alongside Flavia Pennetta and the 2010 WTA Tour Championships.

In mixed doubles, she reached the 2011 US Open final alongside Edward Schwank.

Her singles career was less prestigious but she still reached rank 26th and upset a number of champions – including a 2009 Wimbledon win against Maria Sharapova and a 2004 win against Martina Navratilova, also at Wimbledon.