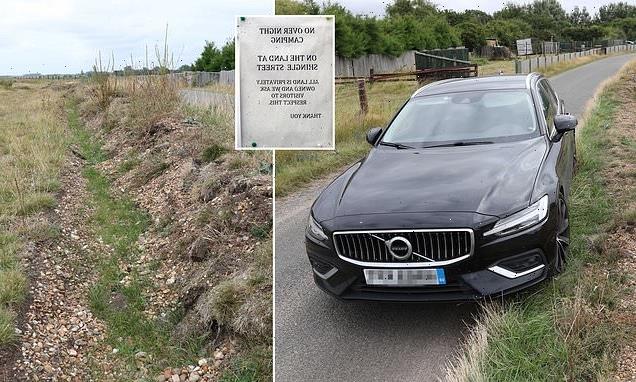 Exhausted locals living near a holiday beauty spot have dug trenches to try and stop camper vans from parking there.

The ditches have been created on the side of Shingle Street, near the Suffolk coast, in an attempt to force tourists into official carparks rather than the side of the road.

The tiny coastal community just a few miles from the iconic Sutton Hoo settlement has just a small handful of houses.

But it has become overrun by day trippers and people camping overnight.

One local revealed the ‘DIY ditches’ plan had been formulated by the residents’ association, with them dug out earlier this summer.

She said: ‘It’s not a hostile move to put tourists off.

‘It’s just to stop the single track road from being blocked – it can be horrendous at times and has taken us half an hour to get along to our house as it all gets blocked.

‘They were dug earlier this summer after we all agreed it was a good plan.’ 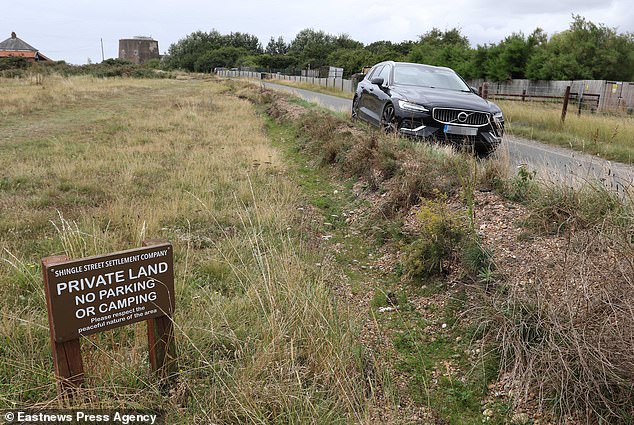 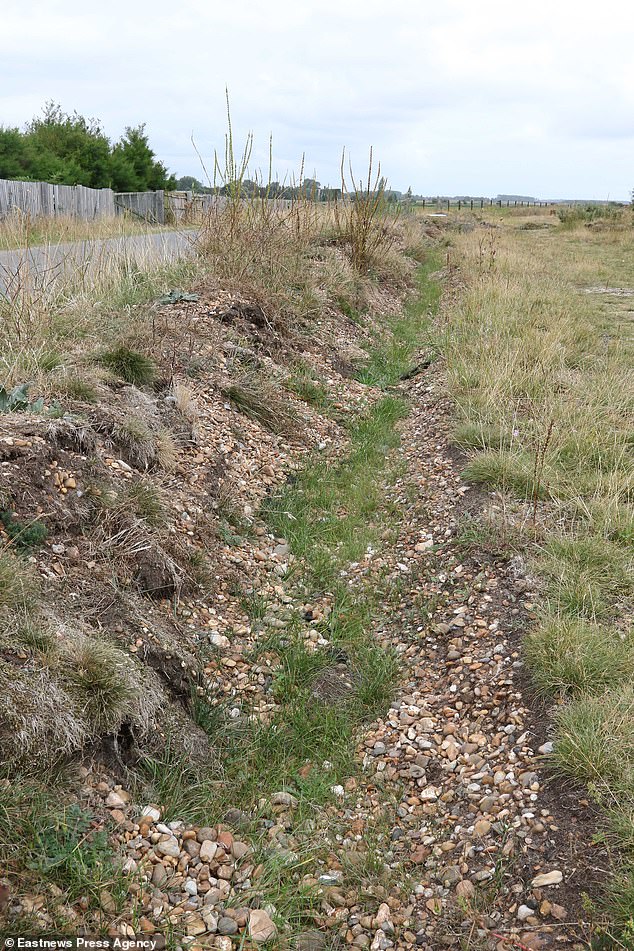 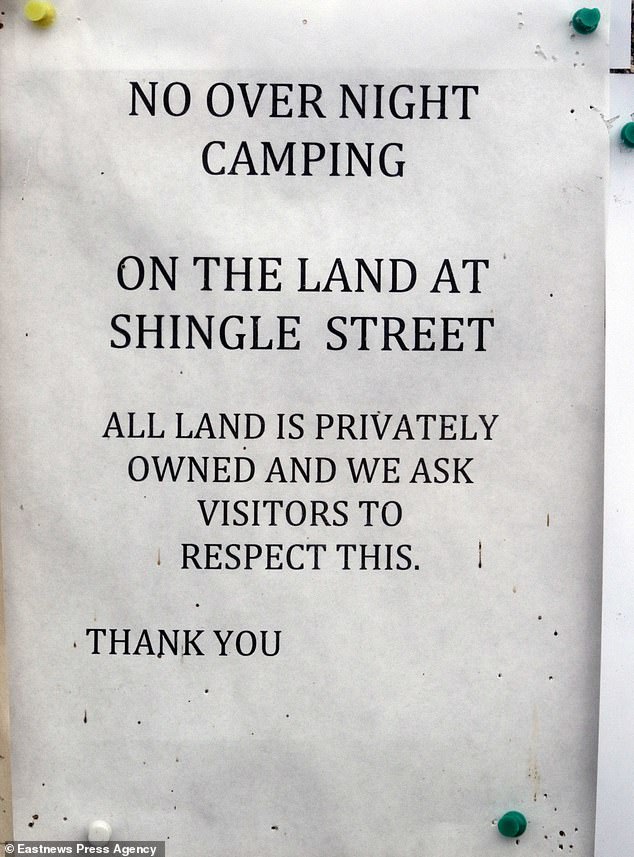 The obstacles have been created on the side of Shingle Street, near the Suffolk coast

The worst of the problems occurred last year during the country’s first national lockdown.

‘It’s not actually been too bad down here this summer,’ the woman added.

‘The weather has been terrible so the numbers of people have been fine and it’s not been a problem.

‘During lockdown it was horrendous. It really was as everyone was here and the road would be hard to get along.

‘When there’s been accidents in the past it can take as long as 40 minutes to get home.

‘We’ve not done it as an attack on tourists, not at all – we just want people to be able to get along the road.’

The ‘trenches’ dug earlier this summer are about 2ft deep but have since grown over with wild flowers and weeds. 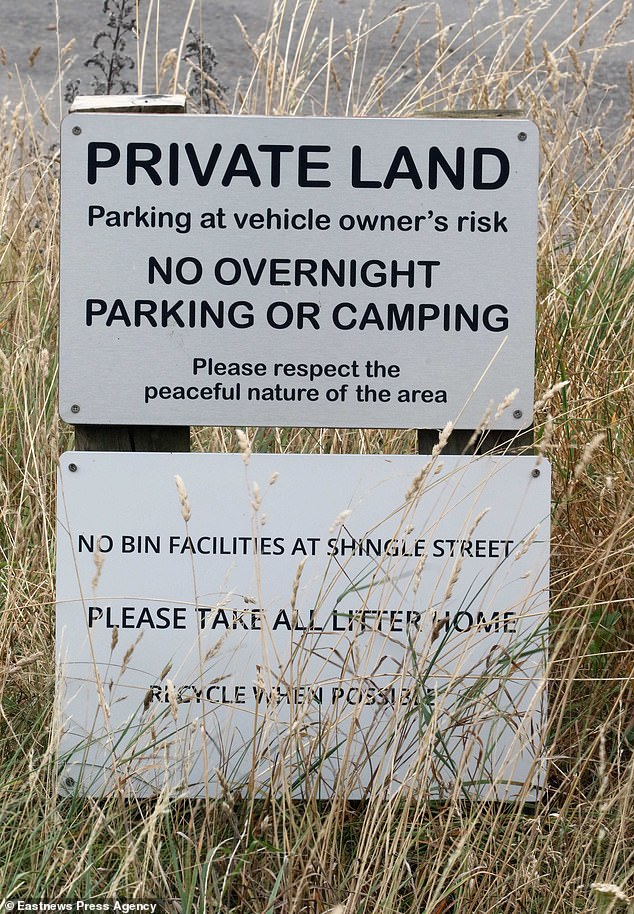 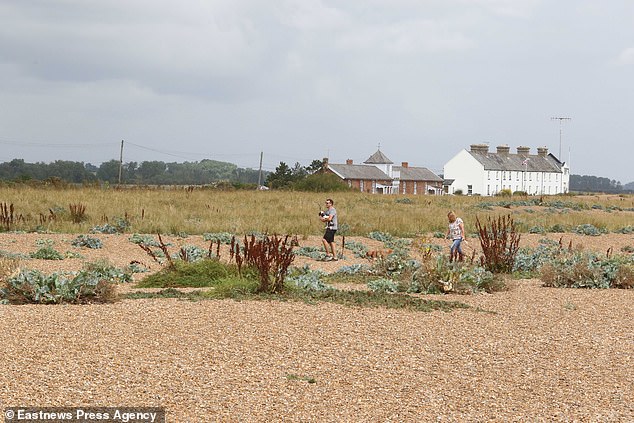 There are also numerous signs along the road warning that it is private land with ‘no overnight parking or camping’.

Ellie Marshall, 20, said: ‘It’s a lovely spot here for walking the dog and there is plenty of car parking space.

‘People can be quite selfish by parking along the roads which spoils it for everyone.

‘The ditches are a good idea if they make holiday makers stop and think twice’, the student from Ipswich added.

‘These things have to be controlled. There is a level where too many tourists can be detrimental to the community, the wildlife and to biodiversity.

‘We ask people to be considerate on parking and taking their litter home. And to think, not just about the residents that live here, but also our wonderful wildlife.

‘We don’t have the infrastructure here,’

‘The roads are old and single-track. There’s no toilets or restaurants.

‘It’s not a tourist centre. Sometimes I think visitors forget that. They’re expecting picnic tables and public conveniences, and all the rest. And you know, we just don’t provide that because it’s not that sort of area.’

A spokesman for Suffolk County Council said: ‘The digging of the trenches was bought to our attention several months ago, along with concerns of safety and areas of potential flooding.

‘We will continue to monitor the area should works or action be required.

‘Consent was not given for this work to be carried out, and we request that no further works are undertaken.