A father-of-three whose bulldog savaged a policewoman who was trying to help him as he lay drunk in a road has been banned from owning dogs.

Bodeane Rostron, 37, was lying in the road near a junction in Tonge Moor, Bolton, on September 18 last year when officer Michelle Murphy got out of her van believing he was injured.

She soon realised Rostron was drunk and did not have control of either of his two dogs.

The larger dog, Bo-Bo, jumped on PC Murphy’s left leg and gripped hold of it with its teeth, violently shaking it, and dragging her to the ground.

Despite her screams, Rostron did not attempt to gain control of the dog, prosecution barrister Andrew Molloy told Bolton Crown Court. 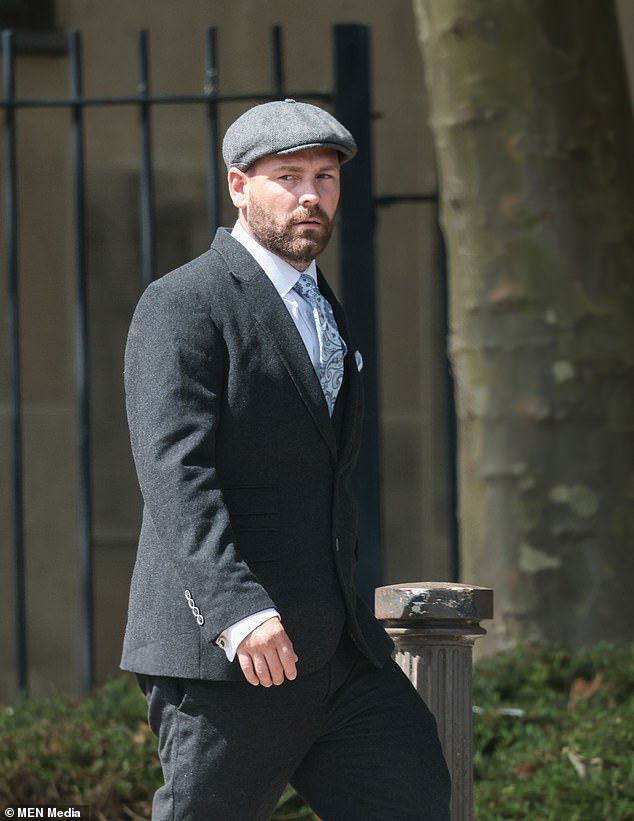 PC Murphy’s colleague PC Duncan repeatedly punched Bo-Bo in the face but the animal only let go when PC Duncan pepper sprayed him.

PC Murphy managed to get back to the van and press her emergency button – calling for backup. It took four police officers with a fire extinguisher to get Bo-Bo under control.

Rostron, who had been lying between Thicketford Road and Ainsworth Lane, was taken to hospital to have his head wound examined and was arrested on suspicion of a section five public order offence after using ‘abusive words’, Mr Molloy said.

In June of this year, Rostron, of Firwood Grove, Tonge Moor, was convicted of being the owner in charge of a dog dangerously out of control and causing serious injury.

In an emotional victim impact statement, a tearful PC Murphy told of how she has permanent damage to her left leg after her muscle was ripped off the bone. She branded Rostron a ‘disgrace’ and added that the incident has left her terrified of dogs other than her own.

Speaking to Rostron, PC Murphy said: ‘My colleague, a grown man, cried at the scene because he felt he had let me down; when in fact he didn’t, his actions probably saved my leg from being ripped off by your dog.

‘You let me down, nobody else. I have recurring thoughts that if your dog had grabbed me by the throat and not the leg, it would have killed me.’

Defending, Martin Sharpe said Rostron ‘sincerely apologises to the officer and wants to make it clear that this is a public apology’.

He added: ‘He wished this never happened and he wishes to place on the record his sincere apologies for the severe discomfort and long-lasting harm that Ms Murphy is suffering.’ 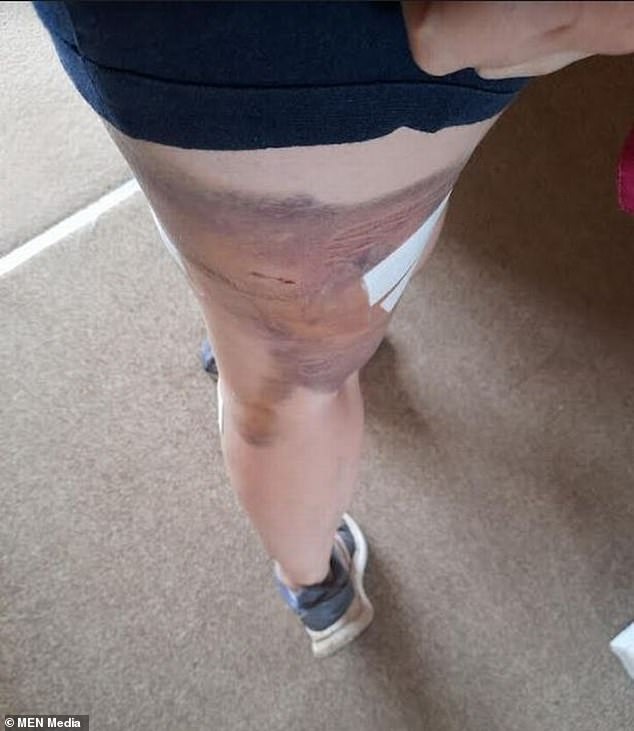 In an emotional victim impact statement, a tearful PC Murphy told of how she has permanent damage to her left leg after her muscle was ripped off the bone

Addressing PC Murphy from the dock, Rostron said: ‘I’m sorry. I mean that from the bottom of my heart. I’ve not known how to get an apology across.’

‘Immediate custody would significantly affect and harm the lives of other people, not least the people you employ,’ he said.

Rostron will be banned from owning dogs in the future, Recorder Hilton ruled, and Bo-Bo will be destroyed.