‘Sadistic’ father who ‘brutalised and tortured’ his three sons by punching, headbutting and strangling them in ‘one of the worst cases of child cruelty’ is jailed for 24 years

A ‘violent and sadistic’ father who regularly beat and ‘brutalised’ his three sons has been jailed for 24 years.

Karl Gettings, aged 56, of Llanmartin, Newport, was described by a judge as a ‘dangerous offender’ who subjected his sons to ‘soul destroying abuse’ as he was sentenced at Cardiff Crown Court.

The court heard he would punch, headbutt and strangle his three sons, often until they were unconscious during a catalogue of abuse at the family home in the 1980s and 1990s.

The abuse began when one of the boys was just four years old. 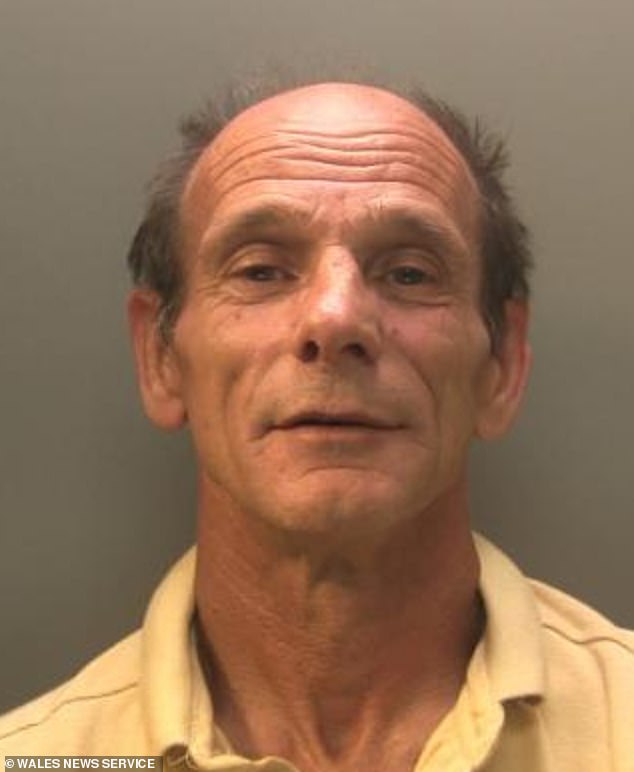 Karl Gettings, 56, of Llanmartin, Newport, who regularly beat and ‘brutalised’ his three sons has been jailed for 24 years at Cardiff Crown Court

During one incident of abuse, Gettings taped lit cigarettes to a child’s mouth to ‘teach him a lesson’.

On another occasion, he chased one of the boys in his van for more than a mile along a narrow country lane to ‘pass a test’.

One of the children attempted to kill themselves aged 11 but Gettings discovered him before beating him up and calling him a ‘selfish little b******’.

The third son called the police on his father and was punished by Gettings by being dangled from a second storey window as he threatened to drop him.

On another occasion he beat his son with a whip after the boy lost a fight with a 20-year-old man. One of the boys was also beaten with a belt and a whip for eating sweets.

Judge Tracey Lloyd-Clarke said it was one of the worst cases of child cruelty to be heard at Cardiff Crown Court, adding Gettings was guilty of ‘brutal and sadistic violence’ and that he was a ‘brute and a coward’. 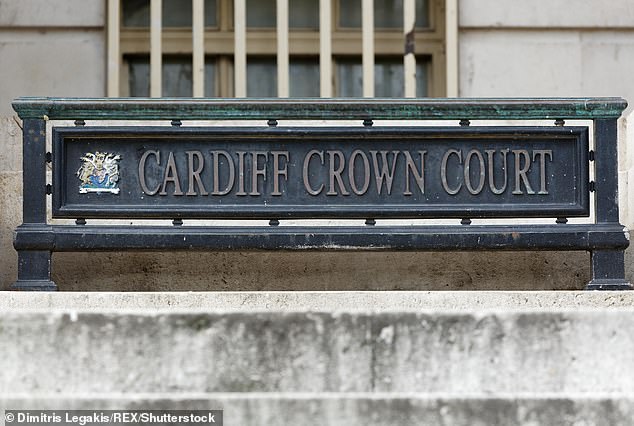 He had denied all the charges.

In the first trial the court heard Gettings had raped two women and sexually abused another. Reporting restrictions had applied until the conclusion of the second trial which ended last Friday.

One of his victims, who is now an adult, had his impact statement read out in court. It said: ‘He [Gettings] was brutal and tortured me. I was scared for my life because of the torture I had seen.

‘He told me I was a waste of a human being and wished I was dead.’

A second victim said, in a statement: ‘He made me feel worthless. I’ve suffered mental health issues as a result of the constant abuse.

‘The scars heal but the mental pain has never left me. I still feel it today and I don’t think it will ever go away.’

The court heard Gettings ‘declined to attend court’ for sentence in relation to the second trial offences after refusing to leave his cell.

Gettings’ defence barrister Mark Wyeth QC, told the court: ‘He comes from a background of a family where he was picked upon and there was a lot of drinking.’

John Probert, a senior crown prosecutor with CPS Cymru-Wales, said: ‘Gettings was a violent man who raped, tortured and sexually assaulted three female victims for his own pleasure, and subjected three other (male victims) to cruelty.

‘The courage shown by them in giving their evidence allowed the CPS to present a strong case and bring Gettings to justice.

‘We hope the conclusion of this case will give them some comfort and help them in moving forward with their lives.’