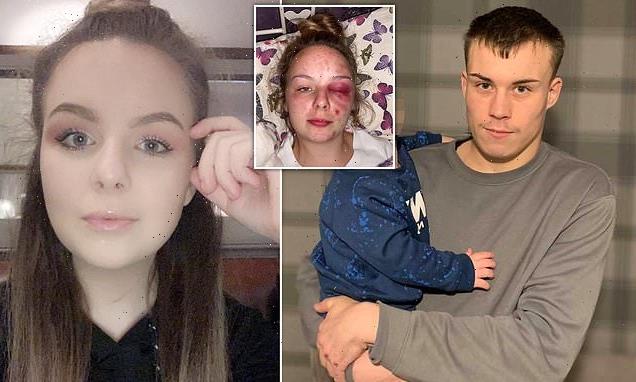 EXCLUSIVE: Father-of-one, 22, was driven to attempt suicide after being locked up with a paedophile and falsely charged with raping Asian grooming gang fantasist – even though he says he was in back of police van at time of one of the alleged attacks

One of the victims of a serial rape liar who stoked outrage in her hometown has told how he was driven to attempt suicide as his life was ‘utterly destroyed’ by her baseless claims against him.

Jordan Trengove, 22, spent 10 weeks on a sex offenders wing in prison, sharing a cell with a self-confessed paedophile, because he was randomly targeted by Eleanor Williams.

Williams, 21, brought shame on Barrow-in-Furness, Cumbria, by claiming she and other young women had been raped and trafficked by ‘Asian grooming gangs’.

To back up her lies she posted graphic pictures of her cut, beaten and bruised face and body – injuries she caused herself using a hammer among other instruments. 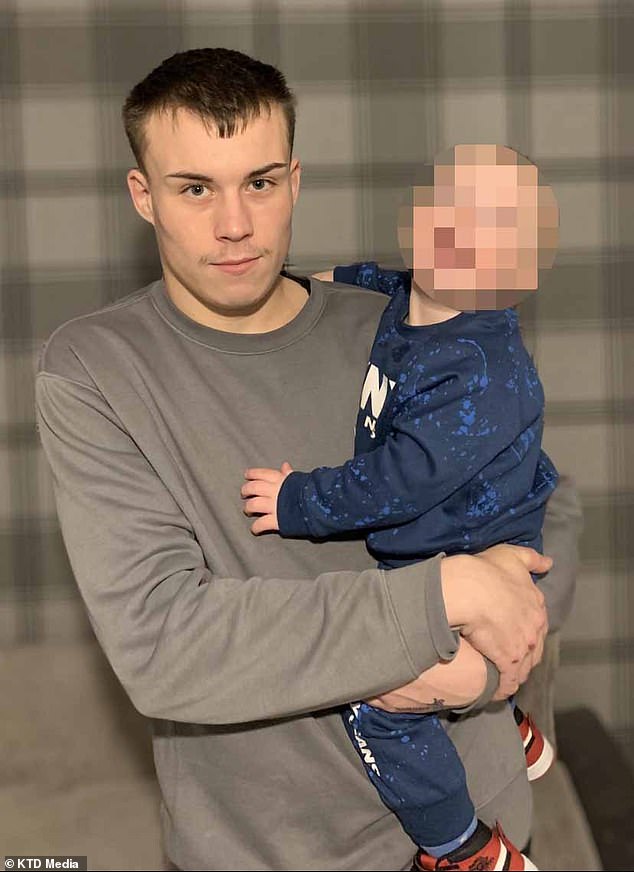 Jordan Trengove (pictured), 22, was driven to attempt suicide as his life was ‘utterly destroyed’ by her baseless accusations of rape against him Eleanor Williams 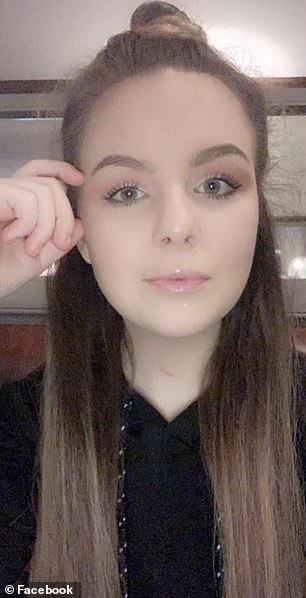 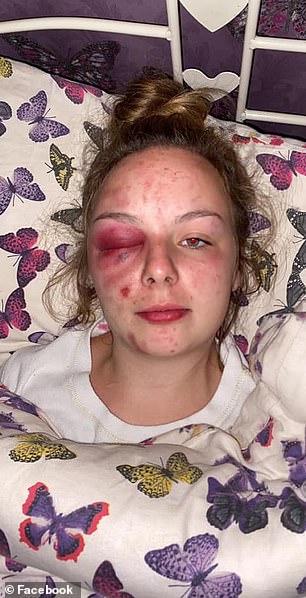 Eleanor Williams claimed she was abused by an Asian grooming gang in Barrow, Cumbria

In all, six men had their lives turned upside down by false claims of sexual assault or grooming by Williams, who faces a lengthy prison sentence in March when she comes back before a judge at Preston Crown Court.

Jordan was the first of her victims and was accused of three rapes against her in 2019.

It led to him being arrested in front of his horrified family, his home becoming the target of hate attacks and 10 weeks in HMP Preston.

He is now bringing a civil action against Cumbria Police, claiming they failed to properly investigate ‘cast iron’ alibis and urged police: ‘Listen to the accused men as well as the woman making the complaint.’

On one of the occasions Williams claimed he was raping her, Jordan was in the back of a police van having got into an altercation outside a Barrow nightclub.

He was still charged with the rape offence. His nightmare began on a night out in 2019. Jordan said: ‘Me and a friend were going out and Ellie Williams had no one to go out with so she tagged along with us.

‘I didn’t know her well but thought she was OK, she seemed to be a nice enough girl and we had a good time for a while that night. I was never alone with her and it was all perfectly innocent.

‘Later my friend was attacked, he was randomly punched by some bloke and I took him home and made sure he was OK before returning to Manhattan’s, the club we’d been in.

‘I was told Ellie was in a back room at the club and was in a state, I assumed through drink. I went upstairs to the club and stayed until 4am, chatting to people.

‘I then got involved in a bit of an altercation at the taxi rank outside and ended up being taken home in the back of a police van.’

The following day the police arrived at his family home in Barrow and arrested him in front of his horrified mother and younger siblings for the rape of Eleanor Williams. 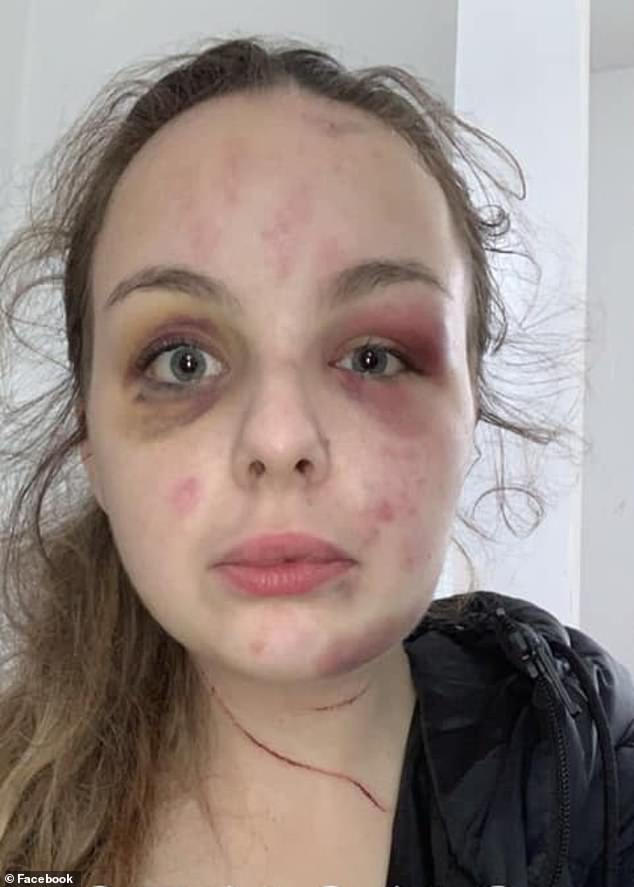 Jordan said: ‘I was just completely stunned, I couldn’t understand why she would be making a claim like that, it made no sense.

‘But by then the damage was already done. Our family home had ‘rapist’ painted across it within hours and my mum’s window was smashed in.

‘I was released but arrested twice more in the following two days, both for rapes on different occasions. ‘It didn’t seem to register with the police that on one of those occasions when I was supposed to have raped her I was in their custody.

‘I had cast iron alibis for all three accusations but they just didn’t listen to me, made no effort to check out my story and were happy to take hers without question.

‘After my third arrest I was charged with all three rapes, put in a police cell and brought up in front of Barrow magistrates.

‘It was reported by the local media and my life in my home town at that moment was effectively over, I was ruined, my life utterly destroyed and it will never be the same again.’

Jordan was remanded in custody and sent to Preston Prison where he was detained on a wing reserved for sex offenders. 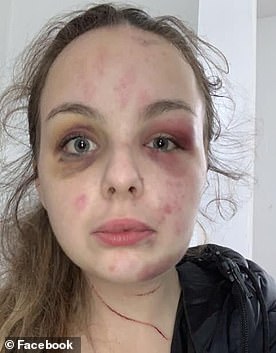 He said: ‘My cell mate was a guy who quite happily admitted he had been sending sexual images to an eight year old girl.

‘I was horrified, it made my skin crawl to be locked up all day with this guy and I asked for a move to another cell but I was ignored. As far as they were concerned we were both sex offenders.

‘I admit I’ve been in trouble for minor things in the past, drunk and disorderly offences, that kind of thing, but being in that place with those people was horrifying to me.

‘They eventually released me when it became clear Williams had invented everything, but by then it was too late.’

On his release Jordan was forced to move out of Barrow as he was shunned by his former community and had ‘rapist’ yelled at him in the street.

After a fresh start in Ulverston, outside Barrow, he began a relationship with Kayla Wilkinson, 25, who was shocked by the ordeal he had suffered.

The young couple went on to have baby son Louie, aged 17 months, but Jordan’s relationship with him was difficult at first.

He said: ‘I struggled to bond with Louie. At the time he was born Eleanor Williams’ trial was still waiting to be heard and I still had this accusation by her hanging over me that I was a rapist.

‘I couldn’t bear the thought that my son might grow up thinking his father was a rapist and the thought of that depressed me beyond words.

‘I couldn’t go out to the shops by myself without someone staring or commenting and we began to find the accusations were affecting every part of our lives.

‘The school attended by Kayla’s older children informed social services of the accusations, so they became involved and our landlord came round to check out rumours he’d heard that I was a convicted rapist.

‘Although all the charges against me were dropped and my accuser charged with fabricating them, I still felt like the one who was on trial every day of my life.’

In August 2020 it all became too much and he took an overdose at home. Jordan said: ‘My life was unrecognisable from what it had been and I was reaching breaking point. A family friend had died and everything was just too much so I tried to kill myself.

‘I took an overdose and was rushed to hospital where they saved my life. At that time I didn’t want to be saved but now I’m so glad they did.’ 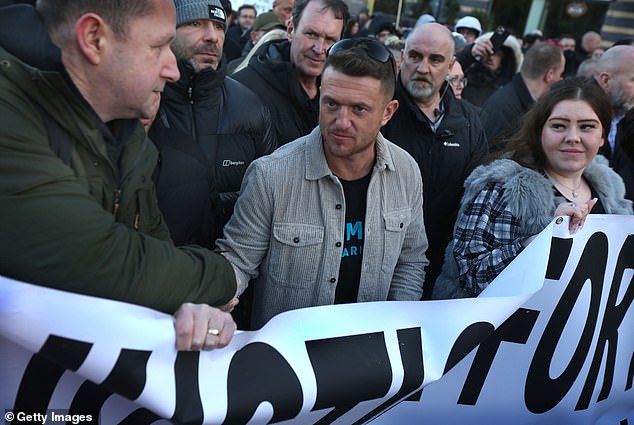 Tommy Robinson (pictured) visited Barrow-in-Furness, further stoking the idea that the town’s women were under threat from organised gangs of Asian men

Despite being charged with nine counts of perverting the course of justice, there was massive support from a large section of the Barrow community who believed her claims about Asian grooming gangs and being trafficked by sexual abusers at home and abroad.

It heightened racial tensions – one Indian restaurant had its windows smashed and a Muslim takeaway owner was chased down the street by men who poured alcohol on his head.

Tommy Robinson visited the town, further stoking the idea that Barrow’s women were under threat from organised gangs of Asian men.

Jordan said: ‘While all this was going on I was sitting there watching it happen knowing that it was a lie. The whole town was going crazy and it was being whipped up by the Justice For Ellie Facebook group which continued supporting her right up to the trial.’

Despite the weekly outpourings of support for Williams on Facebook, Kayla was arrested when she posted an angry message condemning her.

She said: ‘I was sick of reading all these lies about Ellie Williams being the victim when she had destroyed Jordan and others so I wrote a long post in his support and told everyone she was a liar.

‘The police came and arrested me and I had to accept an adult caution, which I still have on my record now.

‘This whole thing has put our relationship under massive pressure, it took us to the point of breaking up but we’ve battled through it. We’re a family and we want to stay as one, it’s been tough but we’ve stuck together.’ 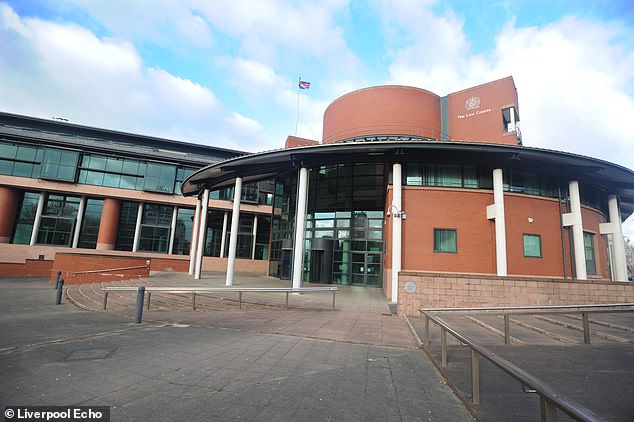 After an 11-week trial at Preston Crown Court, Williams was convicted of eight counts of perverting the course of justice

Now that Williams has been convicted of all nine charges following a lengthy trial, Jordan feels his life can begin again.

He said: ‘I’ve been left with so many questions. I’d like Ellie Williams to look me in the eye and explain why she made those accusations and ruined my life, what did she gain from doing that?

‘She’s a strange girl who I have no doubt has some issues but nothing excuses what she did.

‘Barrow was a town with a proud industrial history and she has wrecked its reputation with these lies about grooming gangs.

‘I finally feel I can now walk around with my head held high because finally people know the truth about me. I’d like to move on and find a job – that has been impossible with this hanging over me.

‘I’ve also seen a solicitor to begin a case against Cumbria Police for the way they failed to investigate my side of the story.

‘I was in prison before they even checked my albis. They simply did not want to listen to an accused man who was accused by a young woman who they felt had no reason to lie.

‘That’s the problem – she had no reason to lie and she still did. Equal weight should have been given to what I was saying and it just wasn’t, I was ignored and locked up.

‘I also want to campaign for anonymity for men accused of rape until they have been convicted or admitted it.

‘The stigma of being accused of rape – as I have found to my massive cost – can ruin your life.’