Harrowing CCTV shows a father carrying his two pet dogs to his flat after they roasted to death in his car during the summer heatwave.

Julian Bradbury, 47, locked West Highland Terriers Teddy and Poppy in his car for 80 minutes while he played with his children.

Tragically, both dogs died from heat exhaustion as temperatures soared to 79F (26C) on July 11. 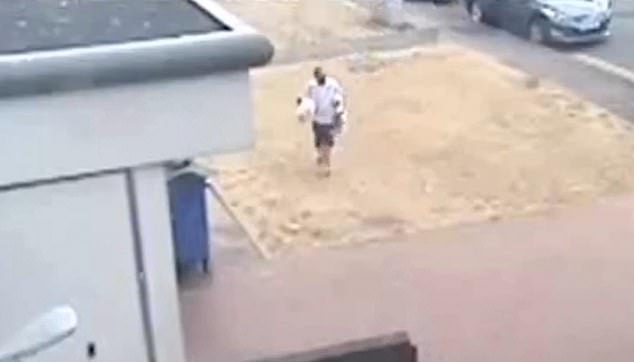 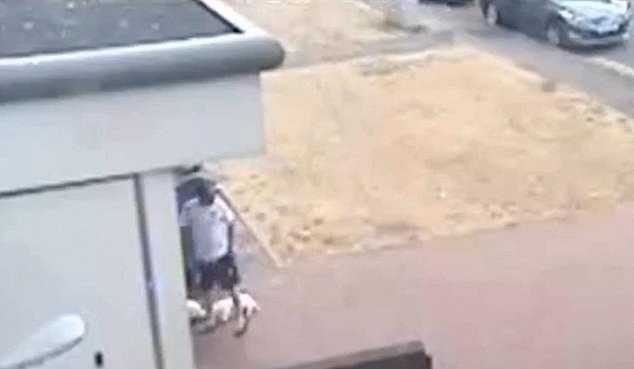 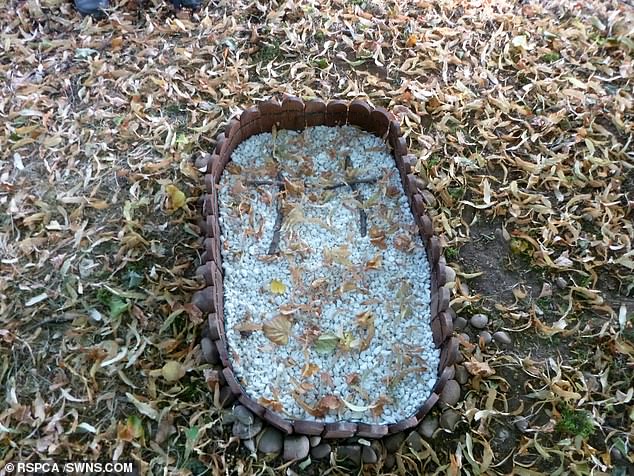 After the dogs died, Bradbury buried his pets in this grave, pictured

Footage shows Bradbury walking to the car which was parked outside his flat in Somerville House, Birmingham.

He lays the dying dogs on the pavement before desperately carrying them inside to his home where he tried to revive them in the bath.

When he realised they had died, he buried them in a field.

Today Bradbury was ordered to pay a total of £850 in fines and costs after he admitted causing unnecessary suffering to the dogs at Birmingham Magistrates’ Court.

He said: ‘It was stupidity rather than deliberate cruelty, which is why the sentence was what it was.’

The court heard Bradbury left the dogs in the sweltering car at 3.24pm and went to his flat with his children.

CCTV shows him coming back to the car at 4.42pm when he finds the dogs struggling to stand. 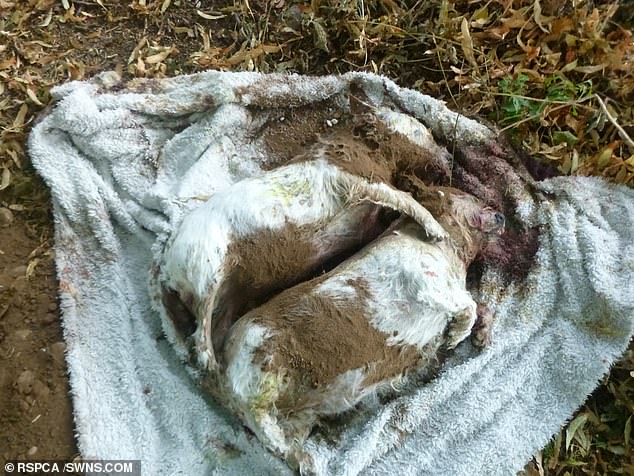 Bradbury was spotted on CCTV removing the dogs from his car before he tried to revive them in the bath of his flat in Waterson Croft, Birmingham 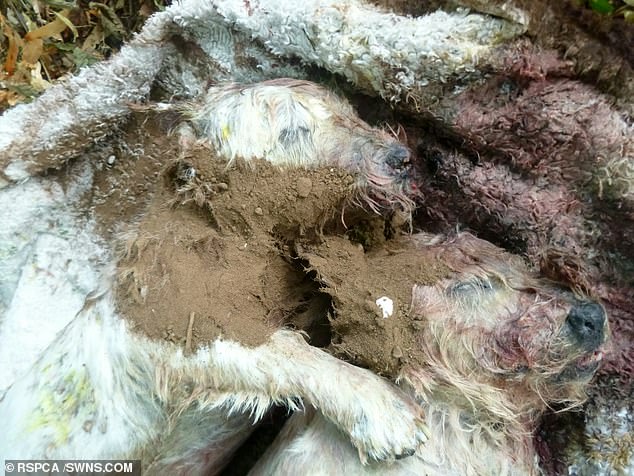 Julian Bradbury, 47, locked West Highland Terriers Teddy and Poppy, pictured, in his car for 80 minutes while he played with his children

At 10.25pm that day Bradbury is seen on camera with the dogs wrapped in blankets.

He admitted he left their bodies in a garage and buried them in a nearby field the following day.

RSPCA inspector Herchy Boal, who investigated the case, said: ‘These dogs were left in the full view of the sun during the heatwave for one hour and 18 minutes so they must have suffered a long and lingering decline.

‘It was the day when England played Croatia in a World Cup match in the evening and people will I am sure recall it was very hot.

‘The RSPCA’s annual campaign “Dogs Die in Hot Cars” states how you should never leave your dog in a parked car for even a few minutes as they become dangerously hot very rapidly so to leave them for such a long period is terrible.

Bradbury claimed he had forgotten the dogs were in the car as he had childcare issues and was distracted.