The push for change comes as the state coroner's office prepares to hold an inquest into the death of Moonee Ponds mother and law student Arzu Karakoc, 35, who died while cycling through an intersection in Footscray in March 2017. 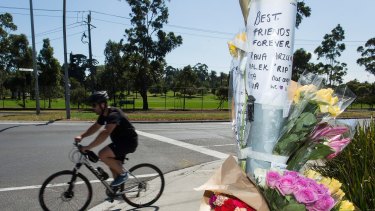 A tribute is seen on the corner of Whitehall Street and Somerville Road in Yarraville for Melbourne mother Arzu who was killed while riding her bike.Credit:Paul Jeffers

Deputy State Coroner Caitlin English on Friday revealed Ms Karakoc was one of nine cyclists to be killed by a driver turning left between 2000 and 2018. Eight of those accident involved a truck.

The most commonly reported error was a "failure to see".

Ilkay Karakoc said the loss of his wife was made all the more difficult knowing she'd dedicated her whole life to helping others. 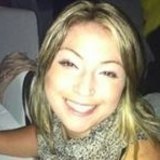 The 35-year-old dreamed of becoming a police prosecutor and had almost completed her law studies when she died.

Mr Karakoc said that on the day of the fatal crash, his wife told him she had looked on the internet for the safest route to Williamstown.

It was the last conversation they’d ever have.

"Arzu was a full-of-life person, a very dedicated and determined woman. All she wanted that day was a really nice, safe route to get there," he said.

"I can't imagine the last moments for her, what she was thinking and feeling. That could've been anyone."

On the afternoon of March 10, 2017, the mother of two was cycling south along Whitehall Street, which borders Yarraville Gardens and the Port of Melbourne, to meet a friend in Williamstown.

At 5.39pm, truck driver Prabhjot Singh was also heading south in a prime mover, towing a red trailer, when he began turning left into Somerville Road towards CC Containers.

Coroner's assistant Senior Constable Jeff Dart said both entered the intersection at the same time on green crossing signals but as Ms Karakoc cycled straight, Mr Singh turned left and his trailer swung and collided with the mother.

"Mr Singh continued to travel [and] entered the container yard. Passers-by rushed to assist Arzu and called triple zero. She passed away as a result of her injuries," he said.

No interpreter was available, so, Mr Singh was released. He was interviewed at Corio police station 12 days later.

The officer said investigators found Mr Singh had been on a mobile phone at the time of the collision.

No charges have ever been laid and Mr Singh maintains he never saw Ms Karakoc. 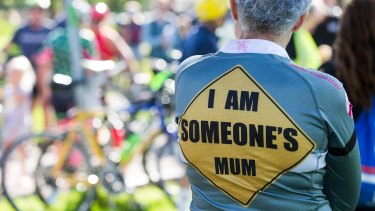 Participants are seen during the ‘Ride for Arzu’, a ride in memory of Melbourne mother Arzu who was killed while riding her bike on March 13, 2017.Credit:Paul Jeffers

Peter Anderson, who appeared on behalf of the Victorian Transport Association, said there were up to 10,000 heavy vehicle trips down the "heavily industrialised" Whitehall Street each day. The area is also part of the Federation Trail, which provides direct bike access to local communities.

At the port end of Somerville Road, towards CC Containers, there were up to 1200 entries and exits per day, he said.

"It's a high volume heavy vehicle intersection. It is also part of the Federation Trail and a major access route for cyclists to be able to come and go within the local community and to other regions," Mr Anderson said.

"We have a sort of a clash of cultures in the intersection."

Mr Anderson said he believed signage had contributed to the crash and called for the Federation Trail cycling route to be moved to Hyde Street where heavy vehicles were banned.

"What we'd be looking for is a left hand arrow for heavily vehicles that is out of sequence with the bicycle signage. So the two don't merge," Mr Anderson said.

"Federation Trail travels along one of the busiest heavy vehicle routes in the City of Melbourne."

"This is something that is very much caused by road design. It's much bigger than just one intersection," Ms Johnson said.

"There's vehicle design issues that absolutely need to be taken into account for heavy vehicles [too] and that includes … a need for blind spot detection."

Craig Richards, from the Bicycle Network, said he hoped the coroner would examine the standards of heavy vehicles and the use of mobile phones as part of her inquiry.

"It's not enough to simply say I did not see them," he said.

"The outcomes of this inquest are important for creating greater attention to preventing serious injury and further investment in road safety."

An inquest is expected to be held in early 2020.

The most important news, analysis and insights delivered to your inbox at the start and end of each day. Sign up here.