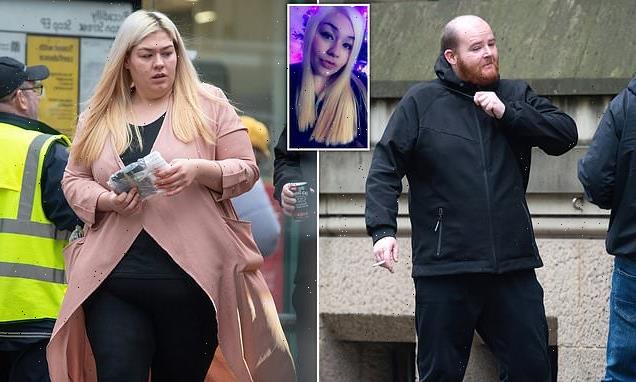 Facebook troll who blackmailed two brothers out of £12,000 by threatening to torch their family home and ‘hurt their parents’ unless they paid money into his girlfriend’s account is jailed for nearly three years

A father-of-three has been jailed for nearly three years after blackmailing two brothers out of more than £12,000 with ransom demands threatening the lives of their family.

Gary Galvin, 36, from Ashton-under-Lyne, Manchester, trolled the vulnerable brothers on Facebook and threatened to torch the home where they lived with their elderly parents and kill their pets.

The brothers, only identified as ‘Mr M’ and ‘Mr C’, handed over their life savings, sold personal possessions and took out bank loans to pay instalments after Galvin’s threats, Manchester Crown Court heard.

One of the brothers had been swapping messages with a Facebook account purporting to be a woman in the hope of meeting up with her – only to get the response: ‘If you don’t pay up you will get visited through the door.’

Across ten months, Galvin, who first used his girlfriend Kelly Marshall’s account to message the brothers, created ten fake social media accounts to bombard the men with direct messages which left the brothers fearing for their lives, the court heard.

Father-of-three Galvin admitted two charges of blackmail and was jailed for 32 months while his girlfriend Marshall, 27, was sentenced to two years in jail suspended for 20 months. 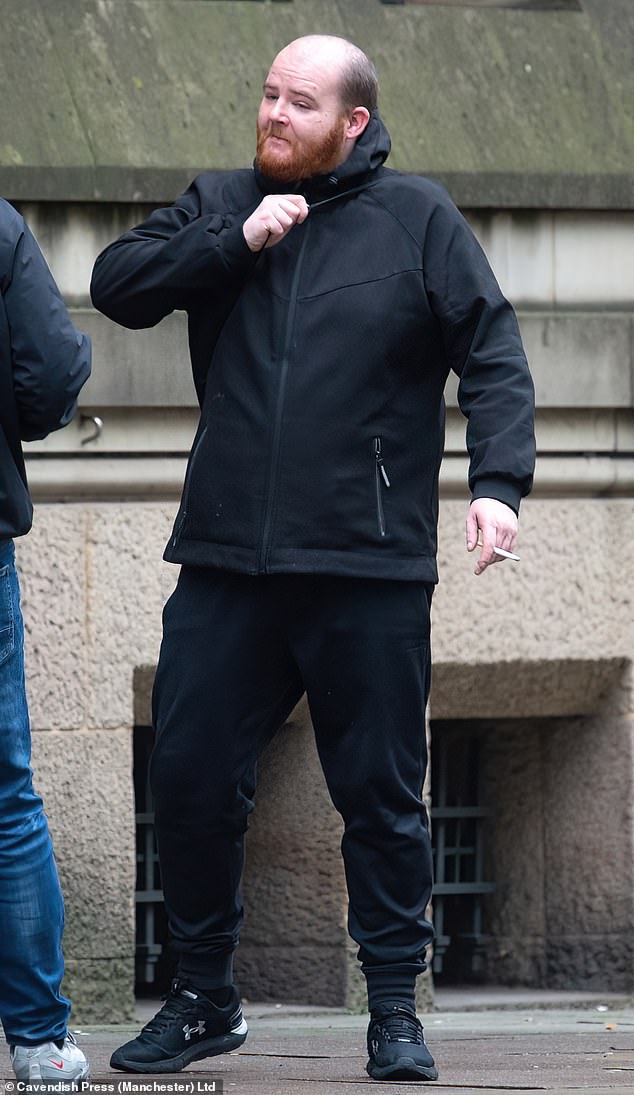 Gary Galvin (pictured), 36, from Ashton-under-Lyne, Manchester, has been jailed for nearly three years after blackmailing two brothers out of more than £12,000 with ransom demands

The blackmail plot began in January 2017 after Mr M began messaging a woman on Facebook known as ‘Katie Marie’ – the account of which belonged to Marshall and featured pictures of her.

John Richards, prosecuting, told the court that ‘Katie Marie’ indicated she would be happy to meet Mr M and he told her his home address, postcode and house number.

He claimed Mr M transferred £60 to Marshall’s NatWest bank account after ‘Katie’ told him she needed the money for the train fare to go and meet him.

But Kate then messaged Mr M saying she had spent the money and needed more, prompting Mr M to transfer another £60, Mr Richards told the court.

Mr Richards said further Facebook messages following with ‘convincing explanations’ of why she needed more money, before he received the first threats from Katie’s Facebook account. 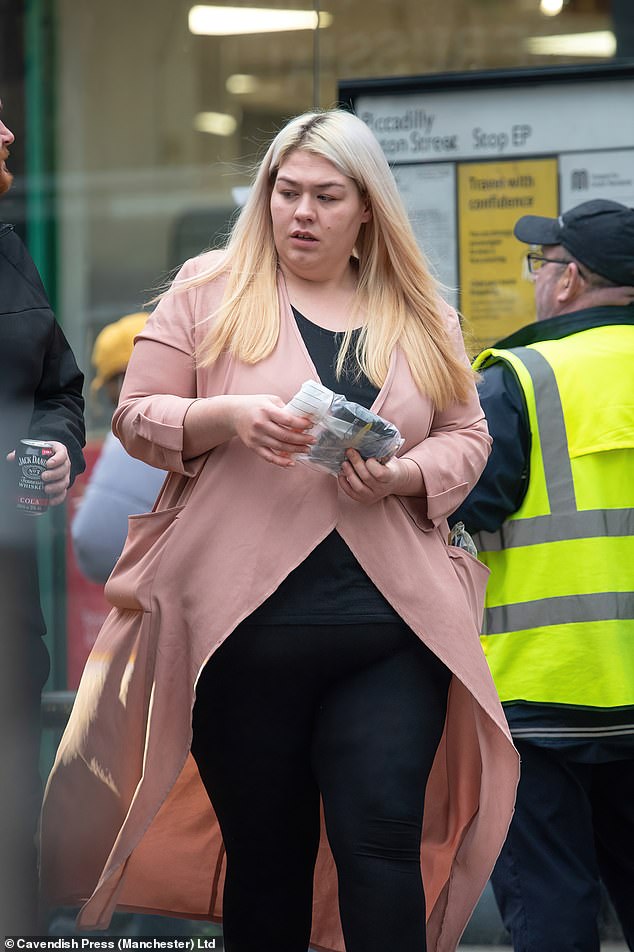 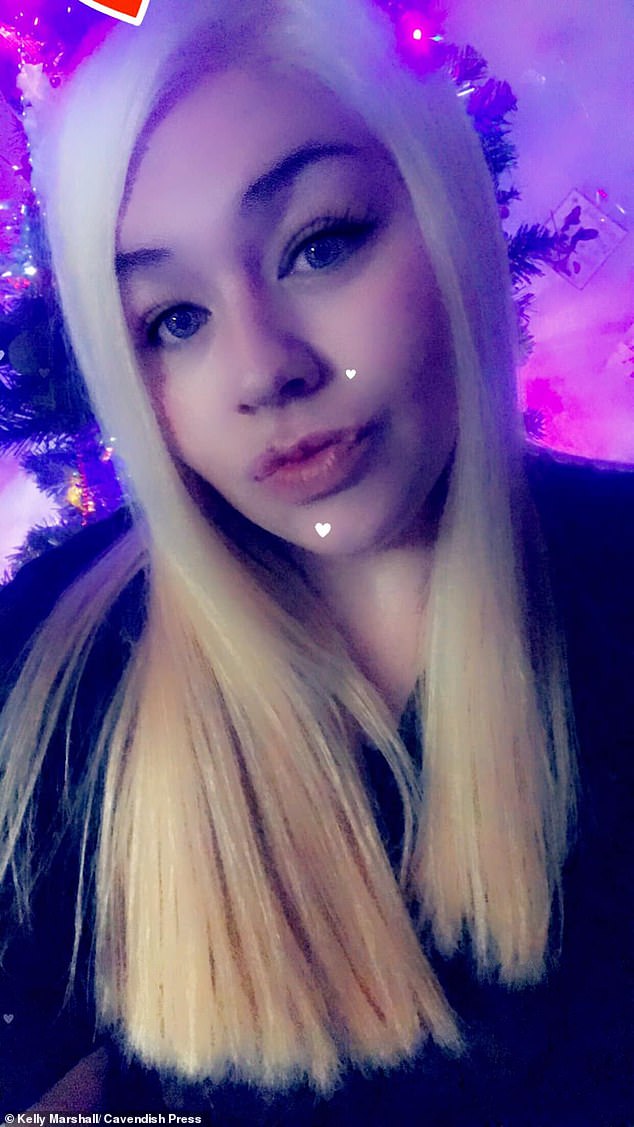 One message Galvin sent to the brothers read: ‘Ur getting me extremely angry, Reply or I’ll be at the door in 20 minutes. I literally don’t care but if it’s not in at 10am there will be murder.

‘I’ll even stomp ur cat n dog. I’m not messing so don’t ask for time or anything like that it just p***es me off more.’

While another message said: ‘I don’t care u best sell some s**t or something fast.. U guaranteed now Iv got big people expecting that money I’m seriously gonna hurt [your parents] I’m not joking.’

Mr Richards told the court that Mr M understood the threats to mean that if he did not pay, his home would be visited and his family, including his ‘elderly’ and ‘vulnerable’ parents who he lived with, would be attacked.

Mr Richards added: ‘Forced through fear as a result of the threats made to him over Facebook Messenger, Mr M then made frequent payments on a regular basis.

‘He described himself as not knowing “where to turn” and by mid-March 2017, he had taken out bank loans having exhausted his savings to pay the blackmail.

Mr M blocked the Facebook accounts that were sending him threats before he received messages from other accounts, the court was told.

‘I’m giving you one last chance n then doors r going in. Gonna stamp all over ur cat n dog. On way n your all dead.’ 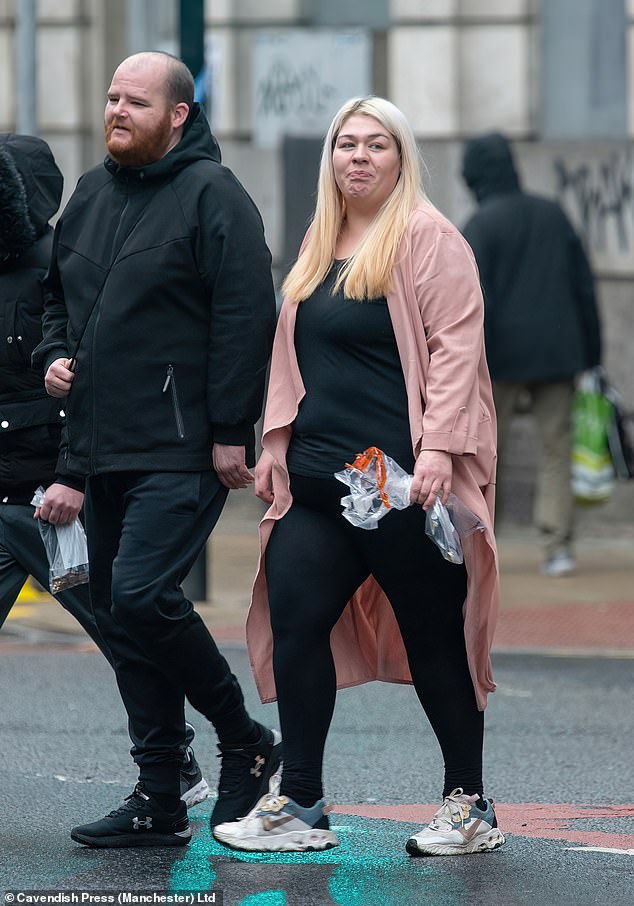 Galvin (pictured with Marshall, 27) trolled the vulnerable brothers on Facebook and threatened to torch their family home and kill their elderly parents and pets

Another message from a Facebook account in the name of ‘Bobby Gee’ said: ‘I’m sorry mate but its 200 tomorrow n if its not there by 4 pm I will be pouring petrol through your letter box.’

Mr Richards said Mr M then turned to his brother Mr C for financial assistance and he then made 23 online bank transfers to Marshall of amounts between £79 and £400. In total, Mr M transferred £4,590 whilst Mr C sent £7,417.

The court was told the brothers were too frightened to report Galvin and paid 90 instalments between them before going to the police with their mother after Galvin blackmailed them out of £12,007.

Officers traced Galvin through a Wi-Fi account he used when sending the Facebook messages. It is not known if the social media giant helped police hunt the troll down.

In a statement, Mr M said he was ‘worried all the time’ due to the ‘constant barrage’ of threats and demands, adding that he had to take time off work as he was scared his home would be ‘attacked’.

He said: ‘These offences caused a massive strain on the family. Every time I blocked this man on Facebook, other Facebook accounts would appear and I didn’t know which way to turn.

‘I was on edge and worried all the time due to the threats and constant barrage of messages and demands.

‘My brother and I are financially ruined and we’re in debt by many thousands of pounds. 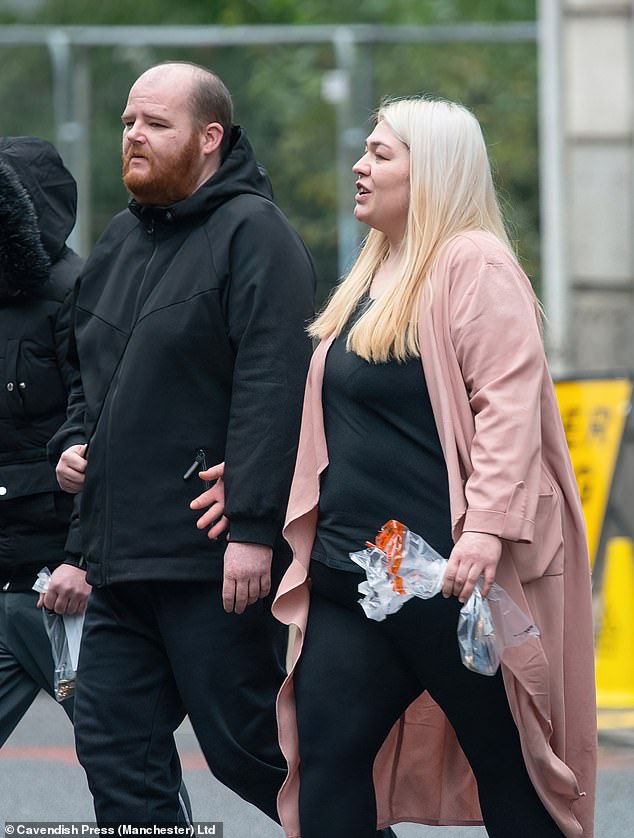 ‘In order just to stay afloat, I have to sell items of my own property which I did not want to part with.

‘I had to take time off work because he was worrying about being my home being attacked.’

Meanwhile, Mr C said: ‘I was scared for myself and my family and I feared the threats would be carried out. I have struggled to recover financially and I almost lost his car through inability to pay.’

Galvin was arrested in December 2017 but answered no comment in a police interview. Marshall admitted allowing Galvin to use her bank and Facebook accounts but claimed to know nothing of the threats.

Sentencing, Judge Mark Savill told them: ‘These were very nasty threats of violence. It must have been one can only imagine an intensely unpleasant and traumatic period of anxiety for the victims and their family.

‘This was very large amount of money for victims who in my view were very, very unable to pay and find that sort of money without considerable financial difficulties. It was a massive strain on them.’

A third defendant, Seamus Conroy, 33, of Brinnington, Stockport, admitted money laundering and ordered to complete a community order and told to wear an electronic tag for four weeks as part of a 7pm to 7am curfew.