Facebook COO Sheryl Sandberg admitted that executives at the social media giant ‘know we need to do more’ to protect users’ civil rights on the platform as 31 civil rights groups call for a change in the company’s leadership.

Sandberg made the remarks in a statement on Tuesday, the same day the NAACP launches a week-long boycott of the site after a Senate Intelligence Committee report revealed that Russian-backed actors targeted African-American Facebook users in an attempt to influence the 2016 presidential election.

‘Facebook is committed to working with leading U.S. civil rights organizations to strengthen and advance civil rights on our service. They’ve raised a number of important concerns, and I’m grateful for their candor and guidance,’ Sandberg wrote.

‘We know that we need to do more: to listen, look deeper and take action to respect fundamental rights.’ 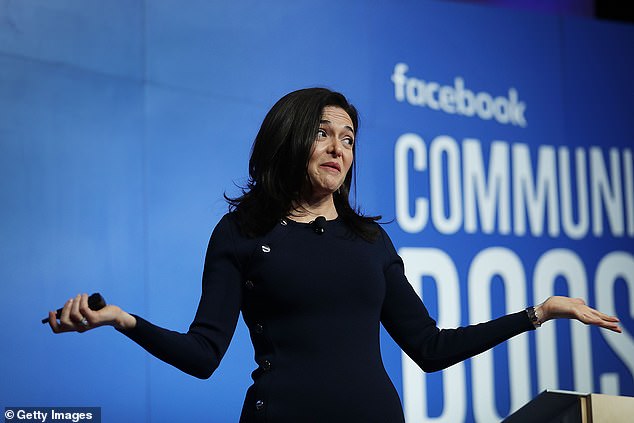 Facebook COO Sheryl Sandberg admitted that executives at the social media giant ‘know we need to do more’ to protect users’ civil rights on the platform in a statement Tuesday responding to an update to a company audit. Her remarks came just as the NAACP is launching a week-long boycott of the site and 31 civil rights groups have called for a leadership overhaul

Facebook concurrently released the findings of a civil rights audit headed by Laura Murphy, a former director of the ACLU Legislative Office.

In the audit report, Murphy highlighted specific areas of concern on the platform, including voter suppression, targeted advertising, content moderation and diversity and inclusion – both on the site and within the company.

She called for more transparency and improvements in content moderation as well as the creation of a ‘civil rights advocacy infrastructure’.

‘For the past several years, civil rights groups have consistently expressed, both publicly and privately, their deeply held concerns about Facebook’s products, policies, and practices and their implications on civil and human rights,’ Murphy wrote. 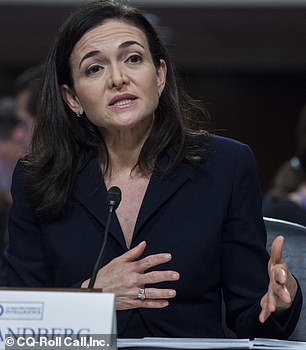 Sandberg (above in September) said that the ongoing civil rights audit, headed by former ACLU director Laura Murphy, will be one of her top objectives for 2019

She acknowledged the work that strides that executives have taken this year, but said there is still much to be done.

‘The work that has been done over the last six months is an attempt to capture and consolidate their concerns to produce meaningful results,’ Murphy wrote.

‘Given Facebook’s scope and scale, this continues to be a challenge.’

Facebook has acknowledged many of the civil rights concerned outlined in the audit, and Sandberg said the audit will be ‘one of my top priorities for 2019’.

‘I’m committed to overseeing its progress and making sure that it is a well-resourced, cross-company effort,’ she wrote.

‘I’m grateful to all of the leaders and advocates who have contributed to the audit this year, and I look forward to continuing this important work with them in the future.’

The audit progress update was released just two days after two independent studies commissioned by the Senate Select Committee on Intelligence, which revealed that Russian-backed troll accounts disproportionately targeted minorities and marginalized groups during the 2016 election.

Sandberg said of those Senate reports: ‘We take this incredibly seriously, as demonstrated by the investments we’ve made in safety and security.’

According to the bombshell analysis of the Russian influence operation, the Russian Internet Research Agency purchased a total of 1,087 ads targeting African American politic and culture and black identity and nationalism during the campaign.

Facebook’s ad program allowed purchasers to select users with certain interests, like Malcolm X – a capability the St. Petersburg-based outfit relied on to slice up the American electorate.

The Kremlin-linked Internet Research Agency, which has been charged with interfering in the elections, relied on Facebook, Google and Twitter and other platforms for targeted messaging, according to the report for the Senate Intelligence Committee.

It used words, videos and images to persuade voters to back Trump, according to a report by Oxford University’s Computational Propaganda Project and network analysis company Graphika.

It outlines repeated Russian efforts to divide and target black voters – and even a program to set up hotlines to get people to confess problems that could be potential fodder for blackmail.

The tactics reached tens of millions of Americans during the multi-year durations, and targeted key interest groups known to impact US elections. 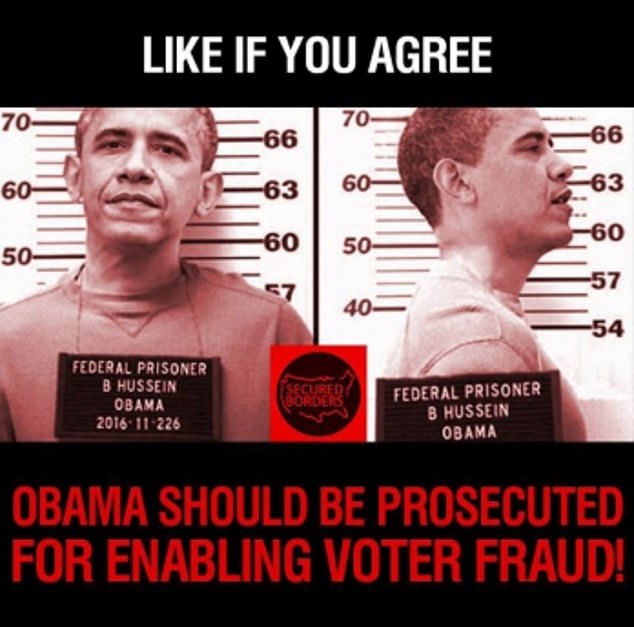 A Senate Intelligence Committee report released on Monday revealed that Russian-backed social media campaigns aimed at influencing the 2016 election disproportionately targeted African-American voters. An example of one of the ads used is pictured above 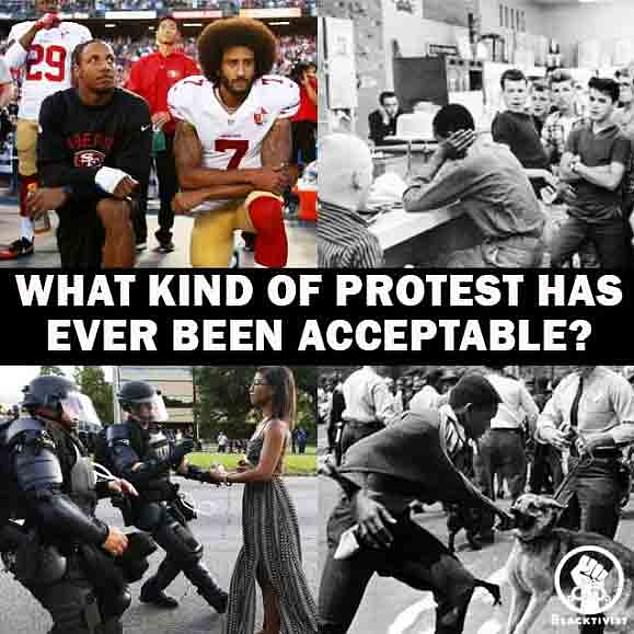 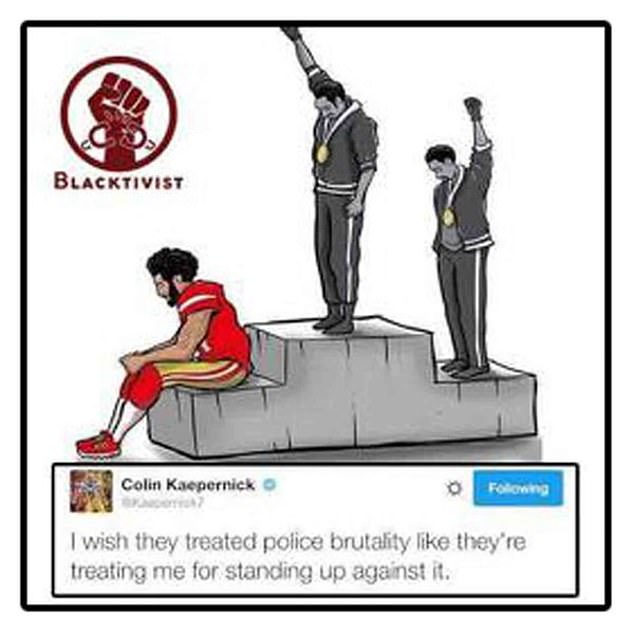 US intelligence assessed and prosecutors have charged that the outfit was financed by a close ally of Russian President Vladimir Putin. Many of the ad purchases were in rubles. Early posts before 2014 were in Russian, but English language social media activity jumped that year, and continued even into 2017.

The Russians set up 30 Facebook pages on black Americans, while another 10 YouTube channels focused on police violence against blacks and put out 571 videos on the subject.

The efforts to target African Americans and suppress the black vote came during  a 2016 election where Hillary Clinton won an overwhelming share of support among African American vote.

According to the report: ‘Messaging to African Americans sought to divert their political energy away from established political institutions by preying on anger with structural inequalities faced by African Americans, including police violence, poverty, and disproportionate levels of incarceration.’

It continued: ‘These campaigns pushed a message that the best way to advance the cause of the African American community was to boycott the election and focus on other issues instead. This often happened through the use of repetitive slogans. This accounts for the majority of content in the dataset that targeted this group.’

After a Russian ‘Black Matters’ Facebook page got shut down, the IRA simply created new renamed campaigns to push its message. ‘Cops kill black kids. Are you sure that your son won’t be the next?’ went one aimed at African Americans.

The Russians also went after other demographic slices: Muslims, southerners, Texans, and more.

The campaign didn’t stop after the trolls got caught, and in fact peaked in 2017, according to the report. 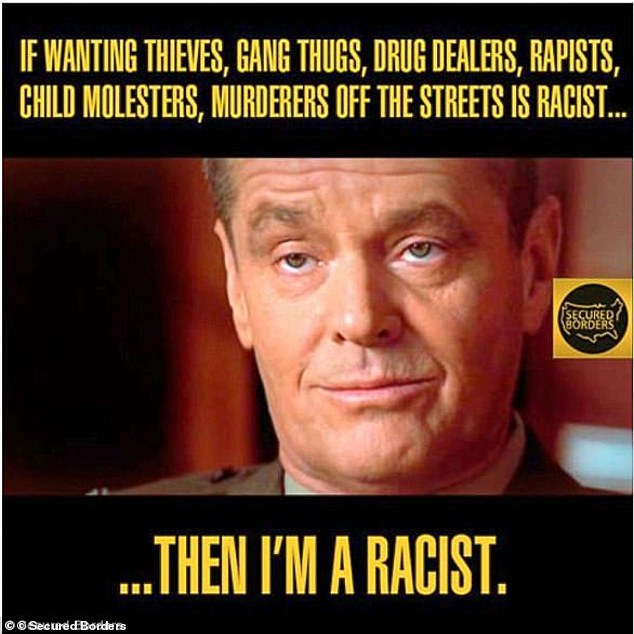 The report found that conservative users ‘were actively encouraged to get behind Trump’s campaign’ while other users were ‘encouraged to boycott the election, abstain from voting for Clinton, or to spread cynicism about participating in the election’ through Russian ads 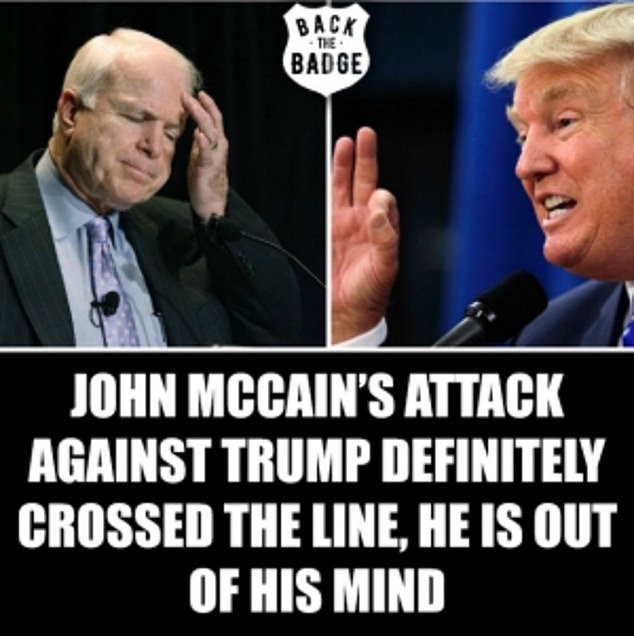 An ad targeted at conservative users, seeking to boost Trump, is pictured above

The report was presented to the Senate Intelligence Committee. The bipartisan panel released it publicly on Monday morning.

It tracks observations like an increase in activity on election day in 2016 and during general election debates between Donald Trump and Hillary Clinton. Activity by the group spiked the most at the end of the year when Barack Obama announced that he was opening up probes into Russia’s attempt to hack the election.

Among its findings were that conservative users ‘were actively encouraged to get behind Trump’s campaign’ while other users were ‘encouraged to boycott the election, abstain from voting for Clinton, or to spread cynicism about participating in the election in general’.

‘What is clear is that all of the messaging clearly sought to benefit the Republican Party – and specifically Donald Trump,’ the report says.

‘Trump is mentioned most in campaigns targeting conservatives and right-wing voters, where the messaging encouraged these groups to support his campaign. The main groups that could challenge Trump were then provided messaging that sought to confuse, distract and ultimately discourage members from voting.’ 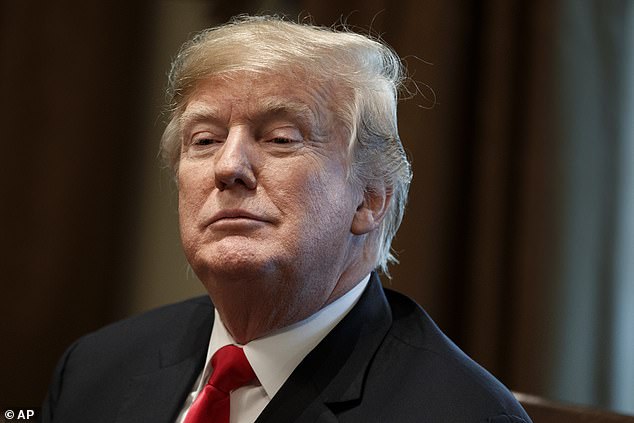 Committee chairman Richard Burr, a North Carolina Republican, said the data ‘demonstrates how aggressively Russia sought to divide Americans by race, religion and ideology, and how the IRA actively worked to erode trust in our democratic institutions.’

‘Most troublingly, it shows that these activities have not stopped,’ he assessed. ‘As we work to address these threats, these reports are proof positive that one of the most important things we can do is increase information sharing between the social media companies who can identify disinformation campaigns and the third-party experts who can analyze them.’

‘This should stand as a wake up call to us all that none of us are immune from this threat, and it is time to get serious in addressing this challenge,’ he said. ‘That is going to require some much-needed and long-overdue guardrails when it comes to social media. I hope these reports will spur legislative action in the Congress and provide additional clarity to the American public about Russia’s assault on our democracy.’

Researchers also noted that the data includes evidence of sloppiness by the Russians that could have led to earlier detection, including the use of Russia’s currency, the ruble, to buy ads.

House Intelligence ranking member Adam Schiff, a California Democrat, said in a statement after the release of the report that social media companies share in the blame and must be held accountable.

‘Their reluctance to conduct and publish such deep analysis themselves, to actively and meaningfully collaborate with one another to compare and publicize data and information to build out the extent of the IRA’s efforts, and to otherwise make available to outside research groups comprehensive, uniform access to the data, have made our task far more difficult than it should have been,’ he scolded.

Schiff said the companies, which he did not call out by name, should be doing more to keep their users and the public aware of disinformation operations.

It comes after President Trump and his attorney unleashed a fresh series of attacks people investigating him, questioning their integrity while categorically ruling out the possibility of a presidential interview with the special counsel for the Department of Justice’s probe into Russia.