The eco-warriors are in the middle of a two-week demonstration to bring London to a grinding halt to try and force the Government to reduce the country's carbon emissions. 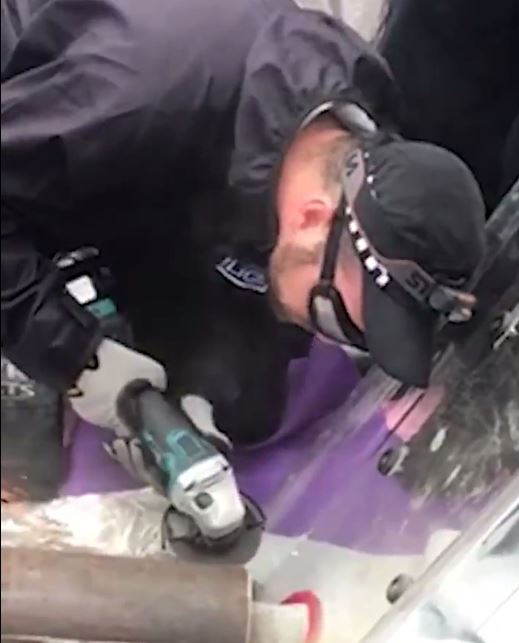 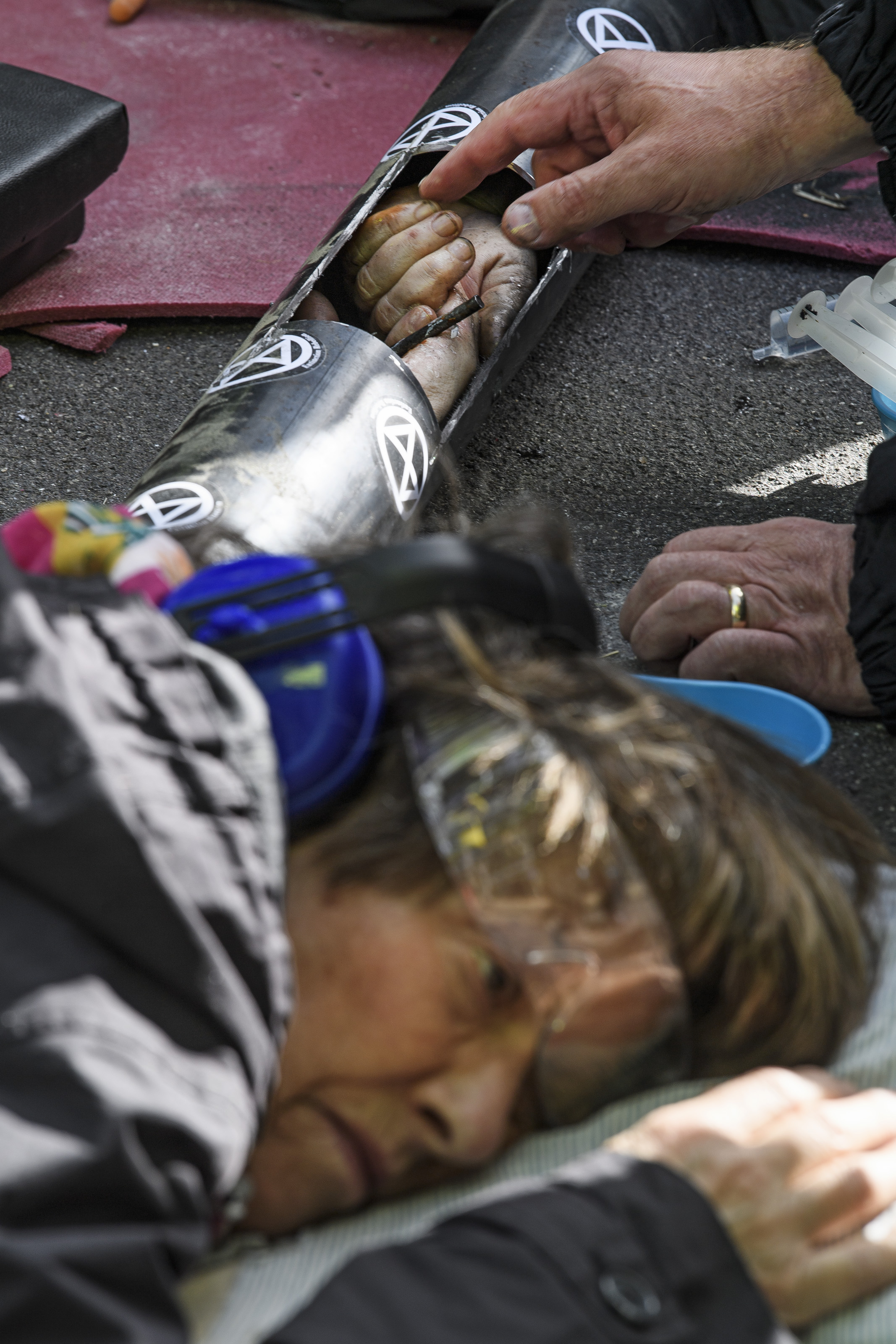 Another method the leftie-group has used is putting their arms in tubes and locking themselves in.

Police have said the protesters are hiding blades and nails in the tube to make it harder to cut them out.

One officer said: "We're part of the protest release team for Public Order and we're here to get the protesters from wherever they are locked-on whether it's ground level or at height.

"We are working at the moment on three and a possible three others after that.

"Lock-ons are getting more advanced rather than jut having a single-layer tube.

"We are having maybe a three or four-layer tube with different materials so it's a lot more complex.

"So we're having to use a lot more tools to break through each of those layers.

WHO ARE EXTINCTION REBELLION? 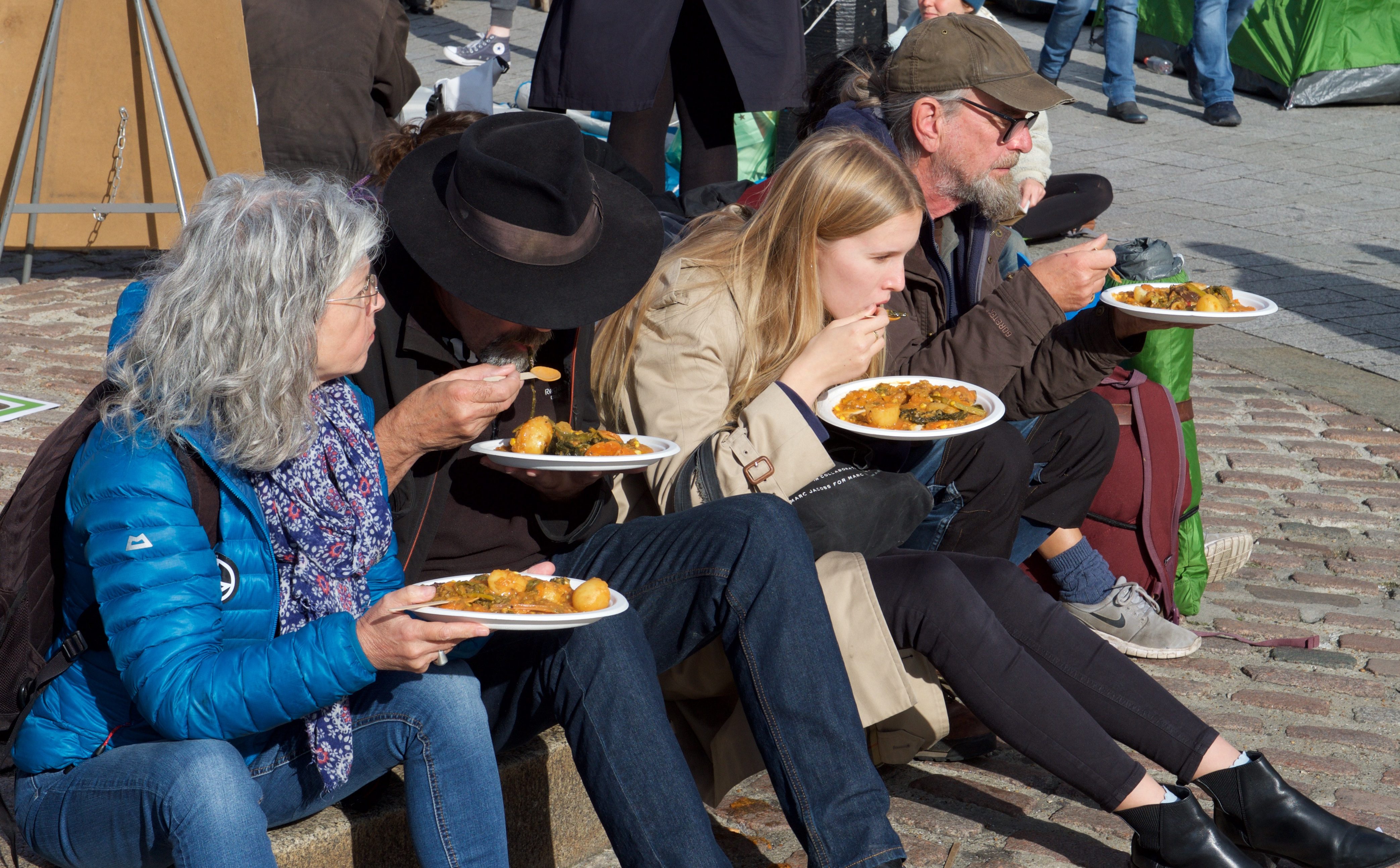 Extinction Rebellion is calling on the Government declare a climate and ecological emergency, act immediately to halt wildlife loss and reduce greenhouse gas emissions to net zero by 2025.

Earlier in the year, Parliament declared a climate and environment emergency and the Government has passed a law to cut emissions to net zero by 2050, far later than the activists are demanding.

The group staged 11 days of protests in London in April that disrupted public transport and roads.

On Thursday Extinction Rebellion activists used a fire engine to hose red liquid at the Treasury to draw attention to what they said was the government's failure to avert climate disaster.

Last week the Met warned that the protests were taking officers away from other vital roles in the capital including tackling knife crime and domestic violence.

More resources have been used policing climate change protest than focusing on terror, it was said.

"If we're going at height we could be looking up to 10 maybe 12 officers just to make that area safe while we're working for us and the protesters.

"What we've found is the protesters are making it a little bit more harder and dangerous for us and might have nails in it, blades in it and any type of sharp metal in the concrete."

Extinction Rebellion London replied:"We sympathise with the police on duty, no-one wants to be here.

"We are peaceful, we ask for understanding & restraint. Government inaction on the climate emergency is bad for the police too. "

The civil disobedience group brought the capital to a standstill this week, and yesterday protesters targeted the BBC's main office on a fifth day of action.

Protesters have been camped on roads around Parliament Square and Whitehall since Monday calling for urgent action on climate change and wildlife.

A total of 500 cops from other forces from England and Wales have been brought in to help cope with the protests.

We told how an Extinction Rebellion protester glued himself to the top of a British Airways plane at London City Airport as the total number of arrests topped 1,000.

The man, who Extinction Rebellion identified as former Paralympic cyclist James Brown, held onto the aircraft in a video streamed online by the protest group.

Metropolitan Police chief Cressida Dick said the force has been "stretched" by Extinction Rebellion public nuisance tactics, impeding its ability to respond to other crimes.

As the first week of demonstrations winds down, the Met said they have arrested more than 1,200 protesters as the force was also dealing with the fatal stabbings of two teenagers in the city within a matter of hours.

Metropolitan Police chief Cressida Dick said the force has been "stretched" by Extinction Rebellion public nuisance tactics, impeding its ability to respond to other crimes.

Dame Cressida said she hoped the protesters would choose to either "protest lawfully" or "go home" after their "failure to take and occupy the streets that they wanted to".

"We are responding to all serious matters and urgent matters of course, carrying on with our crime investigations in homicide or armed robbery… but we're having to move work from one unit to another and the less urgent, less critical, less important work of course gets delayed."

"The use of violence is entirely against the nature of this movement and no attempt at it would be within our principles and values.

"We apologise to the police for the increased strain on their time, but urge them to recognise the loving nature of Extinction Rebellion and why we are here on the streets, protesting round the clock. We are doing this for all of our futures, that includes their children’s too." 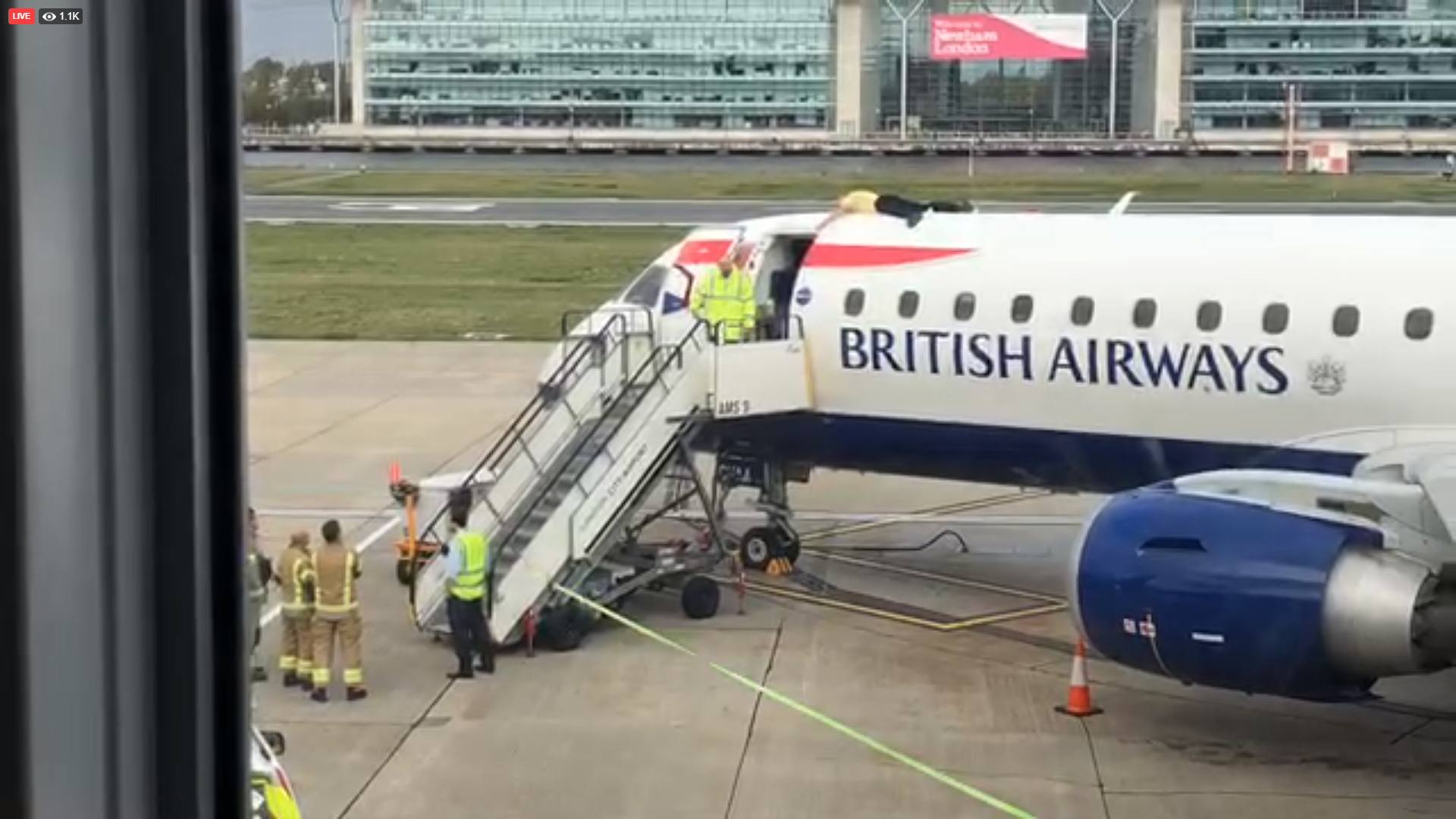 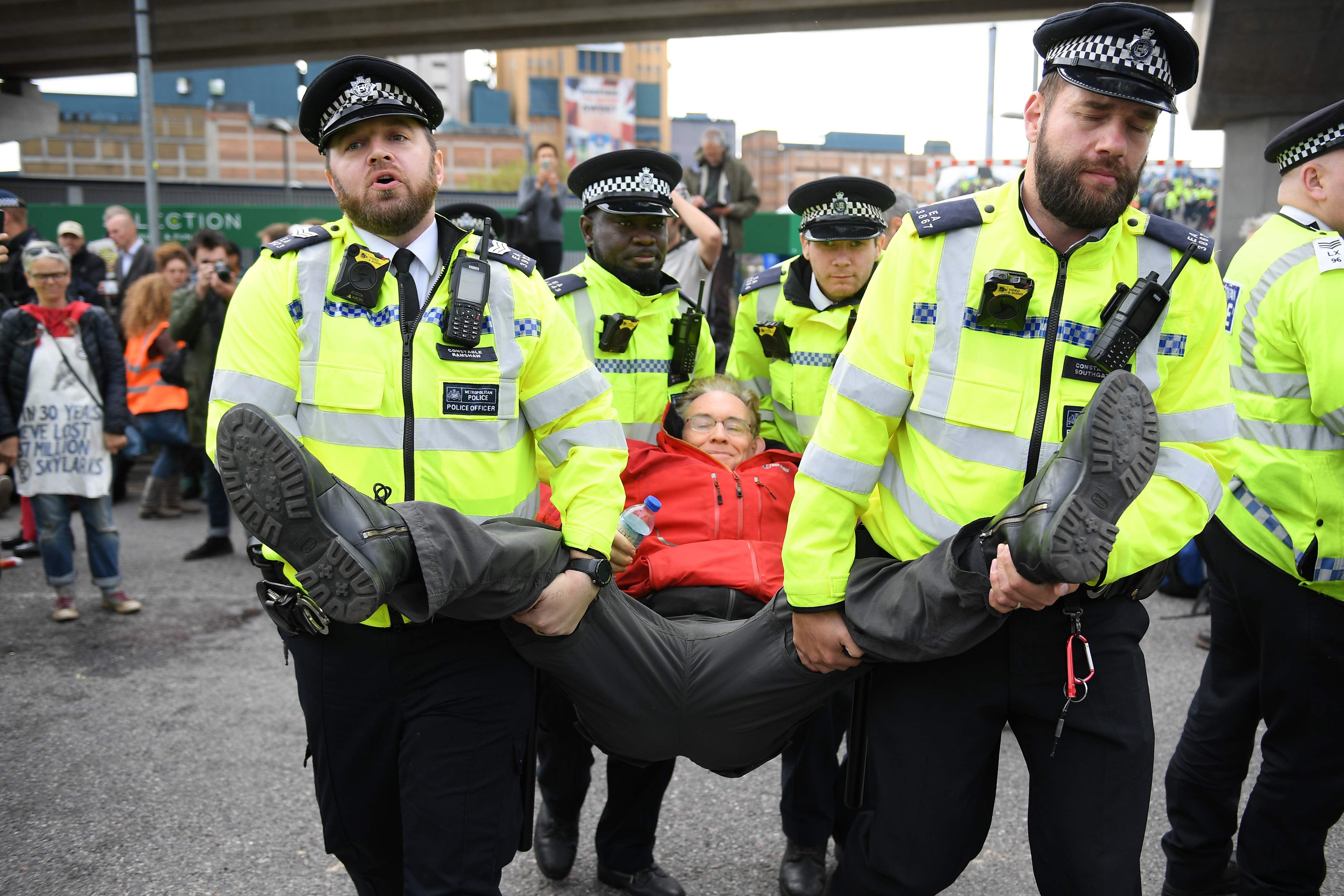 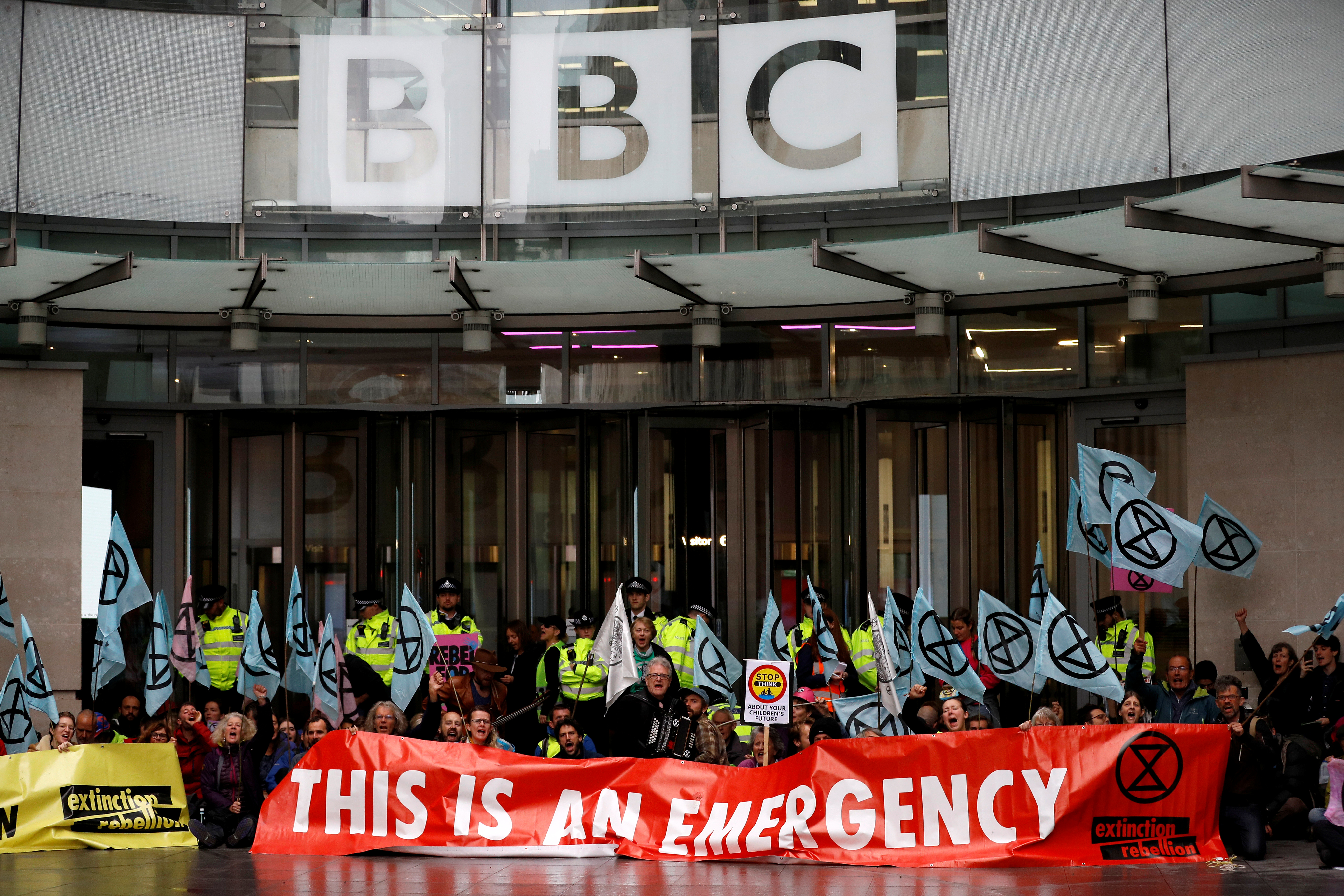 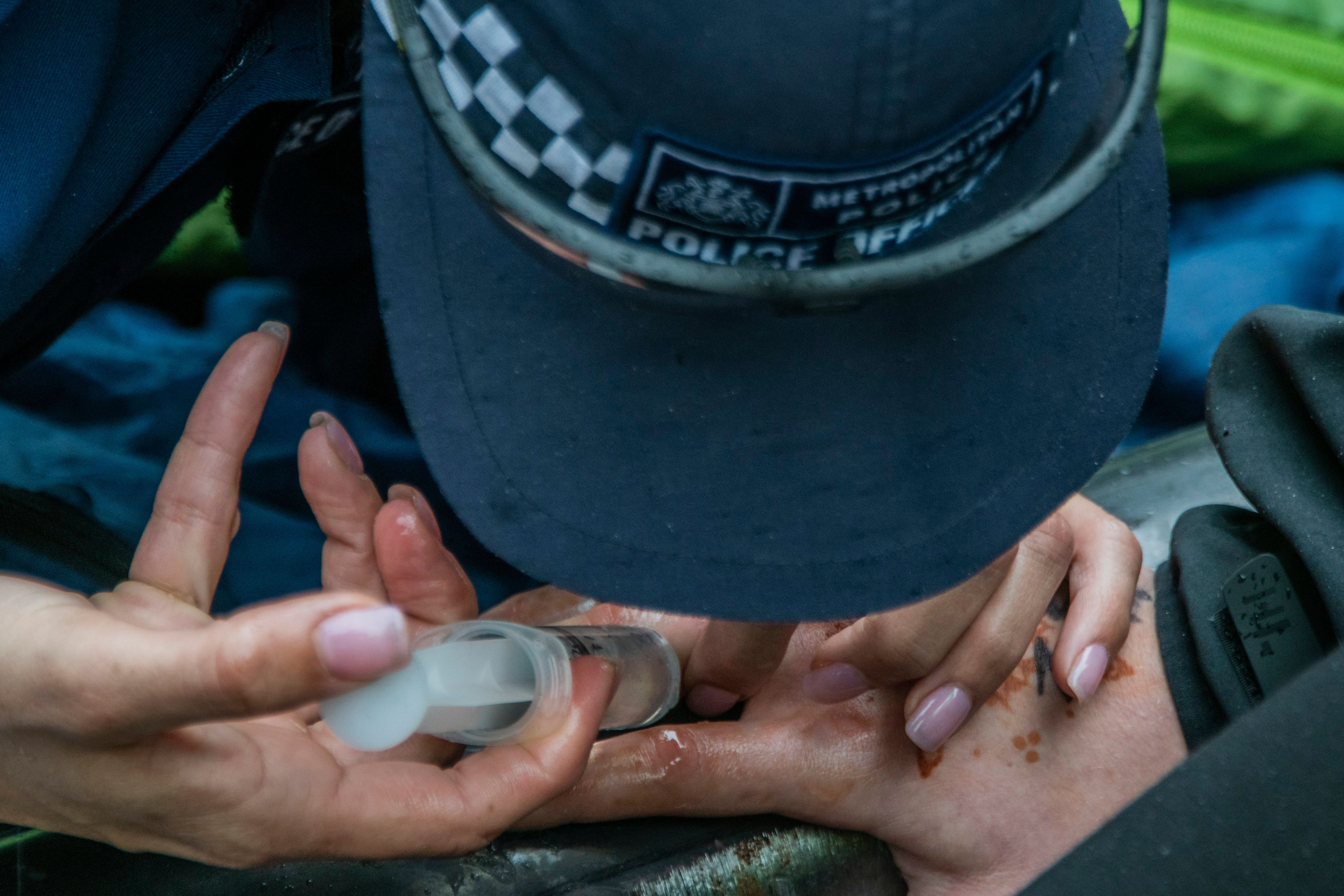 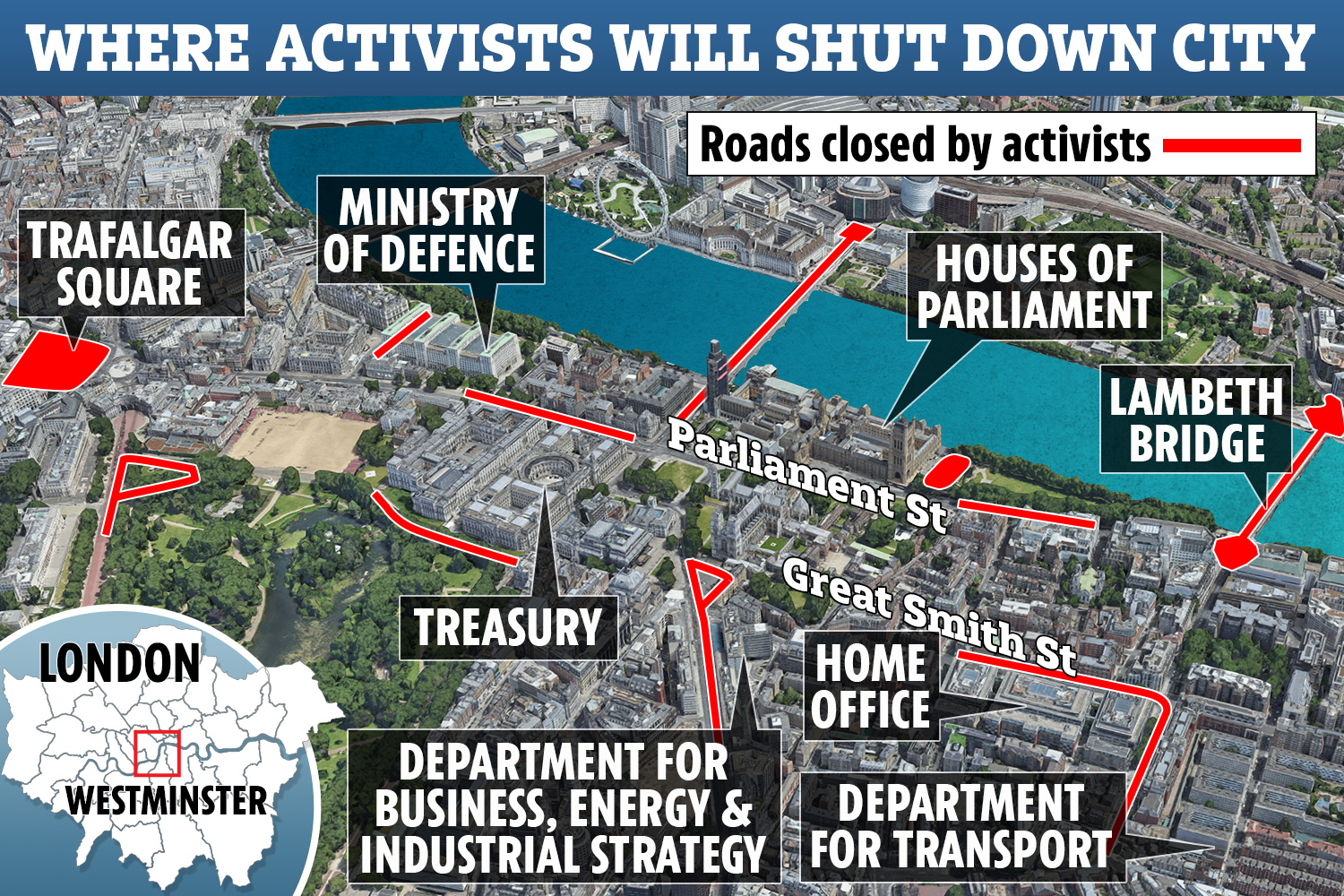