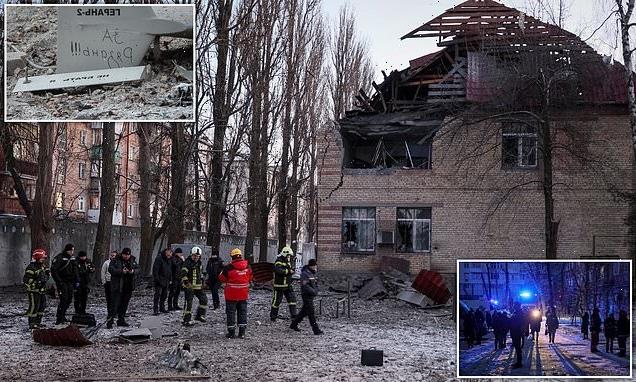 At least three loud explosions echoed across the Ukrainian capital this morning as Russia launched Iranian-made suicide drones at the city.

Drone fragments struck two administrative buildings in the city centre, emergency services said, while one picture showed a house with the upper floors blown away.

There has been no report yet of casualties. It is also unclear what exactly the drones were targeting and if any of them made it through, but they were likely to be aimed at the city’s electricity, water and heating network. 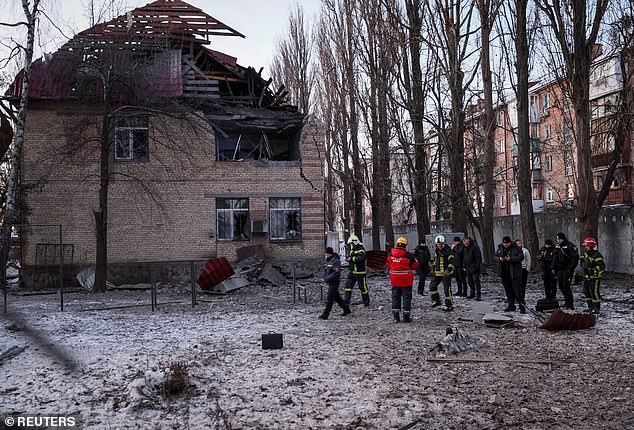 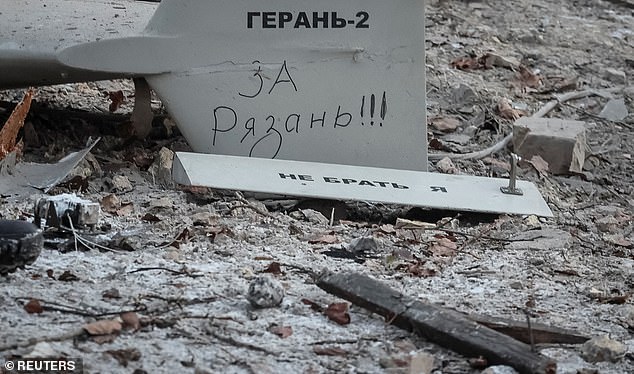 Kyiv’s mayor said 10 of the drones were shot down, at least one of which was inscribed with the message ‘for Ryazan’ – a Russian air base recently struck by Ukraine

It comes after Russia reportedly received a resupply of the drones from Tehran, having exhausted its previous stocks.

Ukraine’s Air Defense Forces wrote on their Telegram channel they had shot down 10 Shaheds launched from the eastern coast of the Azov Sea and that ‘combat work is still ongoing.’

The capital remained largely calm after the attack, which occurred before the start of the business day, and any destruction appeared to be very limited.

The reported explosions went largely unnoticed even in the central district.

But Kyrylo Tymoshenko, a top official in the office of President Volodymyr Zelenskyy, cautioned ‘the danger is not over yet’ on the social media channel.

He wrote that a private home in the southwestern suburb of Vyshneve had been hit.

The reported attacks come as Ukraine has faced a barrage of Russian air strikes across the country, largely targeting infrastructure, in recent weeks as well as continued fighting along the front lines in the eastern and southern regions. 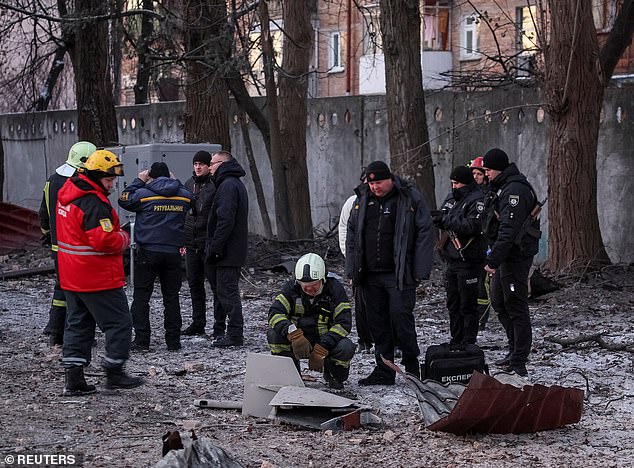 Rescuers and police officers examine parts of the drone at the site of a building destroyed by a Russian drone attack, as their attack on Ukraine continues, in Kyiv

Ukrainian authorities said that during the latest round of volleys on Dec. 5, more than 60 of 70 strikes were intercepted by air defense systems, including nine out of 10 targeting the capital and its region.

Zelenskyy pressed Western leaders as recently as Monday to provide more advanced weapons to help his country in its war with Russia.

The Patriot would be the most advanced surface-to-air missile system the West has provided to Ukraine to help repel Russian aerial attacks in the war between the countries that erupted with Russia’s invasion of Ukraine on Feb. 24.

U.S. officials also said last week that Moscow has been looking to Iran to resupply the Russian military with drones and surface-to-surface missiles. 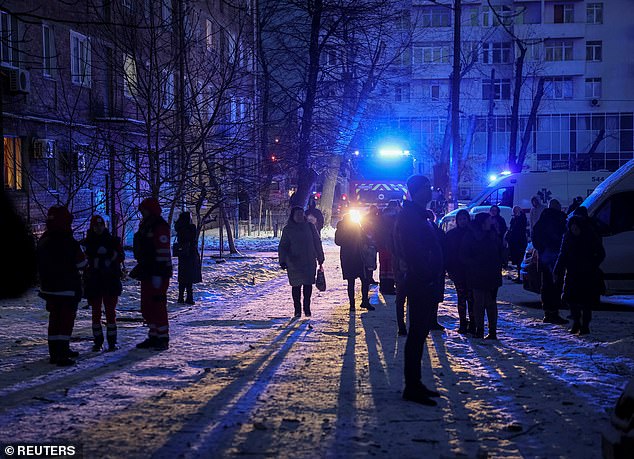 It is unclear exactly what the drones were targeting or if any of them struck their targets successfully, but it comes after Russian attacks on Ukraine’s energy network 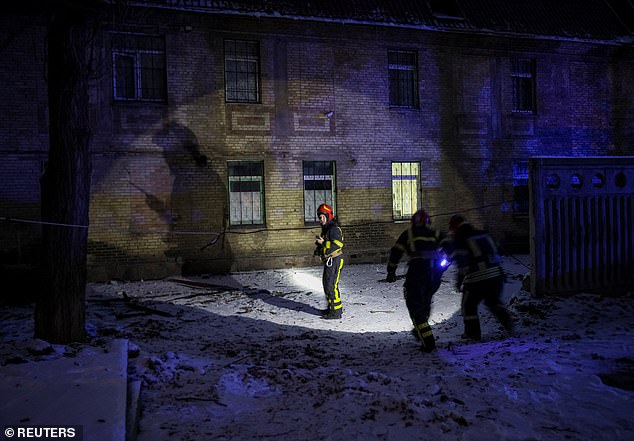 Rescuers work at the site of a building destroyed by a Russian drone attack, as their attack on Ukraine continues, in Kyiv