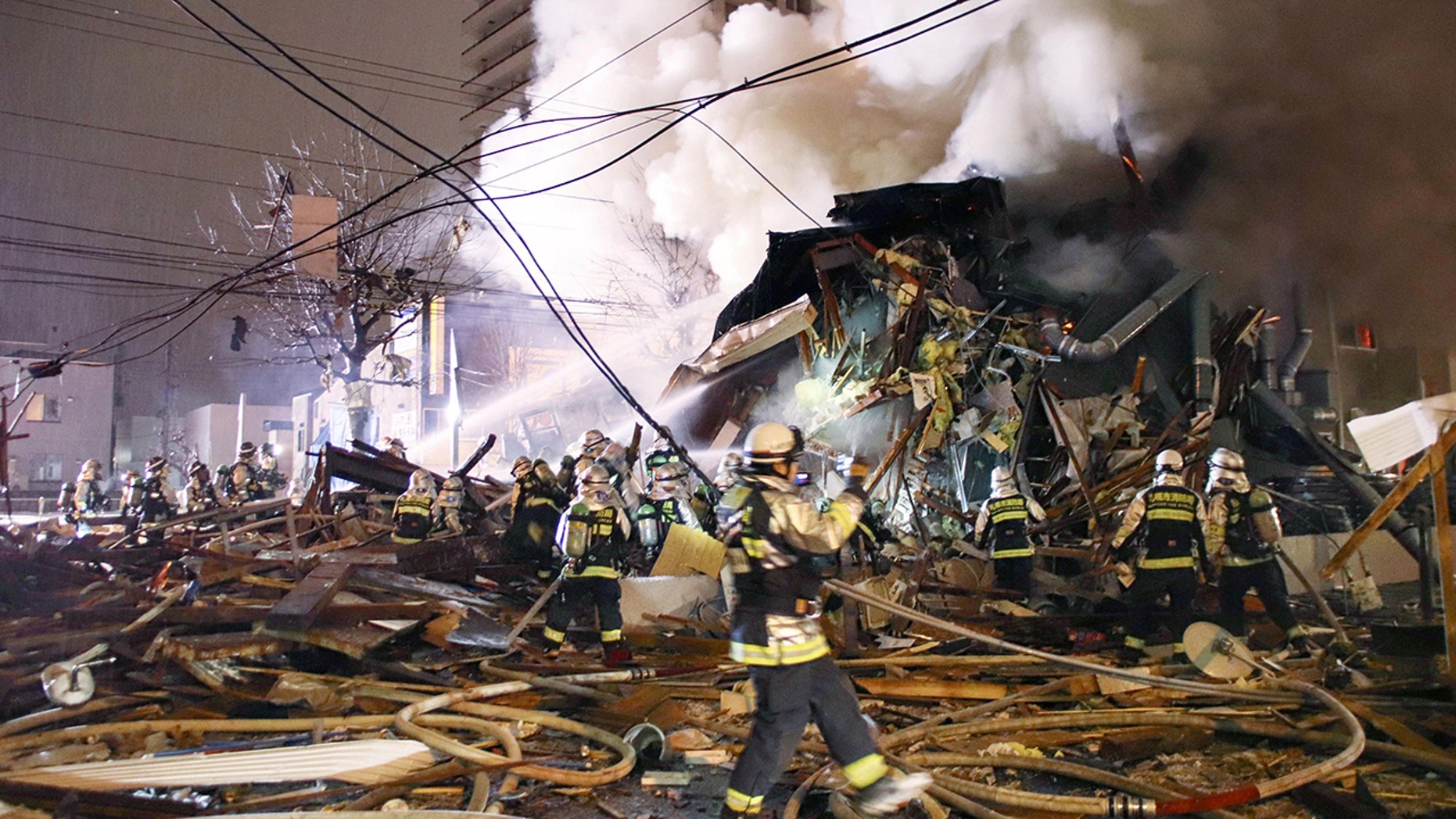 Firefighters operate at the site where a large explosion occurred at a restaurant in Sapporo, Hokkaido, northern Japan, in this photo taken by Kyodo December 16, 2018.
(Kyodo/via REUTERS)

More than 40 people were reported injured after an explosion took place at a restaurant in northern Japan on Sunday, officials said.

The blast took place around 8:30 p.m. in a neighborhood about 2 miles from the center of Sapporo, the capital of the mountainous northern Japanese island of Hokkaido that's located about 700 miles north of Tokyo.

Police said at least 42 people were injured, most of them mildly, though one is in serious condition. They are being treated at nearby hospitals. 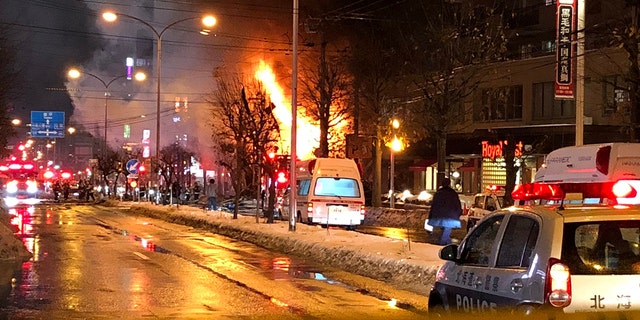 A view of a site of an explosion at a bar in Sapporo, Japan, December 16, 2018 in this still image taken from a video obtained from social media.
(@KEIBAPANDRA/via REUTERS)

The blast, which took place in an area with residential and dining establishments, sent debris into area streets and a large plume of smoke rose from the scene, according to Kyodo News.

Images on social media showed flames rising from the area as firefighters attempted to work over collapsed debris.

Police officers were keeping people from approaching the damaged building out of fear of additional blasts, the Japan Times reported.

“I heard a ‘bang,’ which sounded like thunder, and my condo was shaken,” a man who lives nearby told the news outlet.

Another clerk at a nearby restaurant told Japanese broadcaster NHK there was a "tremendous sound."

"The explosion broke the window glass of the shop where I work," the clerk said. "It seems there are many injured people on site."

A witness told NHK that he smelled gas after the sound of an explosion. The broadcaster said the district office was to set up a shelter for neighbors of the restaurant to stay overnight so they could escape the smoke.

Additional details about the cause of the blast and extent of those injured were not immediately known.